As women in commercial real estate battle gender bias and sexual harassment, they are trying to clear a key hurdle: getting men in the conversation. 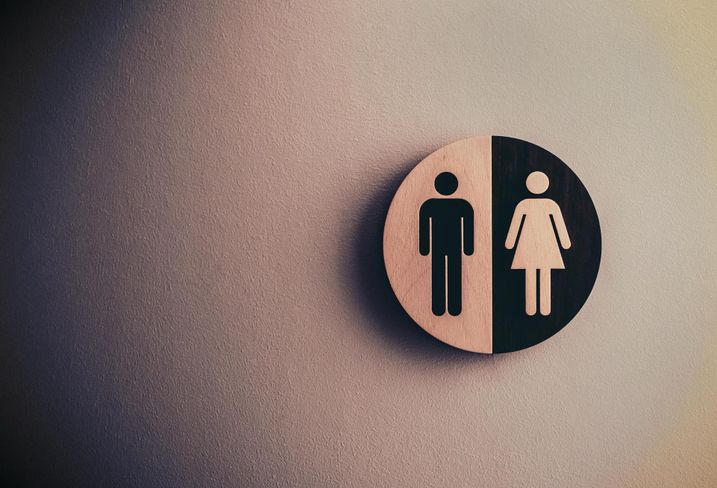 Local chapters of the global Commercial Real Estate Women Network say they want more men to enroll as full-time CREW members. CREW events on the local level are overwhelmingly dominated by women, and these women say they believe the post-#MeToo world will evolve faster with men serving as active participants.

“I think understanding both sides [is important]," said Suzanne Brasuell, a principal at ENTOS Design and a former of CREW Dallas.

Several women in the industry told Bisnow their male colleagues privately expressed fears about the post-#MeToo world in commercial real estate, and the women think nothing will fully improve until these concerns are discussed as openly as gender discrimination and unconscious bias.

One of those fears is whether mentoring junior female colleagues now puts men at heightened risk of facing discrimination or harassment allegations, particularly since situations like closed-door meetings and business lunches are part of the workplace culture.

“I think what’s appropriate has been the big issue,” said Vicki Summerall, a senior vice president at Republic Title and president-elect of CREW Dallas. Summerall spoke to Bisnow while attending her CREW chapter’s event, Moving Past #MeToo: Navigating Gender Dynamics in Today’s Workplace, in August.

“I have heard [men] say, ‘I am worried that I am going to say or do the wrong thing. I am worried that I will be misinterpreted in the situation,’" she added. “Then I usually say, 'Well if you don’t, then you’re not letting women have the opportunity to do business with you, so it hurts women.' There are two sides to every situation, so it’s just a matter of dialogue like this.”

Recent research indicates that Summerall’s fears are grounded in reality. In an April 2018 survey of more than 6,000 working adults, 51% said men now have a harder time figuring out how to interact with women at work since the #MeToo movement took hold in 2017, according to Pew Research Center.

Sixty percent of male managers expressed discomfort when participating in workplace activities with women, including mentoring, one-on-one sessions and socializing with female workers, according to a 2019 survey published by LeanIn.org and SurveyMonkey. That was up 32% from the year before.

That is why several local CREW chapters are pushing for more men to join their groups and attend events, particularly when they discuss sensitive topics like gender dynamics.

Of the roughly 100 attendees at CREW Dallas' #MeToo event, fewer than 10 were men. But the select few in attendance said they appreciated the opportunity to learn how to promote women while creating ethical, safe boundaries for everybody.

“I think it’s important to be here and to listen and do what I can,” said Bradford Commercial Real Estate Services' Jared Laake, an experienced broker and market director. “I think having these conversations is important. I think it brings everything out of the darkness, and it’s not so off-limits.” 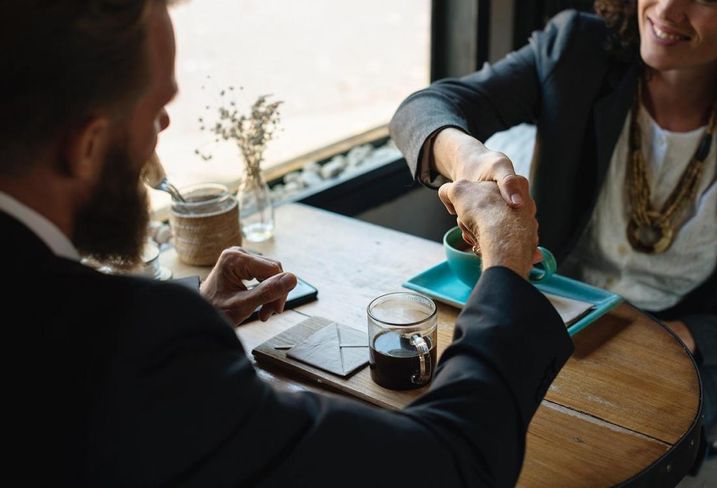 While several CREW local chapters tackled the issue head-on, the global CREW Network organization has a policy not to address #MeToo. CREW Network has more than 11,300 members across more than 75 global chapters, the group said in its 2018 annual report, disclosing an annual budget of roughly $5M.

CREW CEO Wendy Mann, in an interview with Bisnow last month, when asked why CREW hasn’t more directly addressed harassment in the workplace, said, “that’s not our mission.” Of the CREW Network members who disclose their gender, 3.7% identify as men, a CREW spokesperson said. That works out to more than 400 male members globally.

Many local CREW chapters see a strong need for more men to actively participate in the conversation.

Lori Pittman Haas, a member and past president of CREW Cleveland, said she started thinking about the other side of #MeToo after reading an article about the “backlash”: that men would avoid one-on-one meetings, mentoring and close relationships with female colleagues.

“It got me thinking about it,” Pittman Haas said. “Then I started talking to some of my male colleagues, and I asked them, ‘Do you think that is really going on?’ And they were like ‘Oh, yeah, that’s how we feel about it.’”

CREW San Francisco incorporated gender parity discussions into its wider initiative of getting more men involved in CREW. CREW San Francisco President Molly Jans said she wants to foster positive relationships and communications between men and women in the industry.

“The conversation definitely comes up in regards to #MeToo, but our primary focus has been on building the strength and confidence of our members and building that up from a place of power, rather than feeling like it’s a place to overcome," Jans said. "One of our strategies has been to promote our male members and to get them to be a sponsor of women in the work environment, and [to see] how they can work with us to create leadership and gender parity."

Men in attendance at CREW events also serve as a reminder that many men in the industry want women to succeed and are aware of the biases women face daily.

“There’s a lot of ‘OK, we are going to pick this team, which is all guys, versus this team which has a couple of women on it,’” said Bradford Vice President Paul Richter, who also attended the CREW Dallas event. “I think being passed over [is an issue], or if you are included, it’s like ‘Oh yeah, we need a girl.’ And then you are kind of put in almost a secretarial role instead of a leadership role.”

Richter said it is important for men to join CREW and attend their events, but male membership in local chapters is typically minimal.

Jans said she is pleased the number of men in CREW San Francisco grew from about four last year to roughly 15 this year, out of a total of 250 members.

Jans said she is hopeful the new men in CREW San Francisco will prompt others to join, so men can learn how to serve as advocates for women in the industry and ensure the post-#MeToo era leads to lasting change without unnecessary backlash.

Human resources policies that focus on the intervention of other men and women in supporting harassment victims are the best antiseptic for toxic work environments, according to Ariane Hegewisch, the program director of employment and earnings at the Institute For Women's Policy Research.

"The focus on bystander intervention, and focusing on tackling things when they are small and not waiting until you have an illegal incident, and ensuring that supervisors receive practical training that helps them intervene when they see a questionable situation rather than wait until an illegal one is also helpful," Hegewisch said.

While men may not be aware they can join CREW or attend CREW events, the women of CREW are pushing for them to be there for both controversial and run-of-the-mill discussions.

"We need the men here to support us and for us to understand their side and our side [together], so we can come together and solve these problems," Brasuell said. 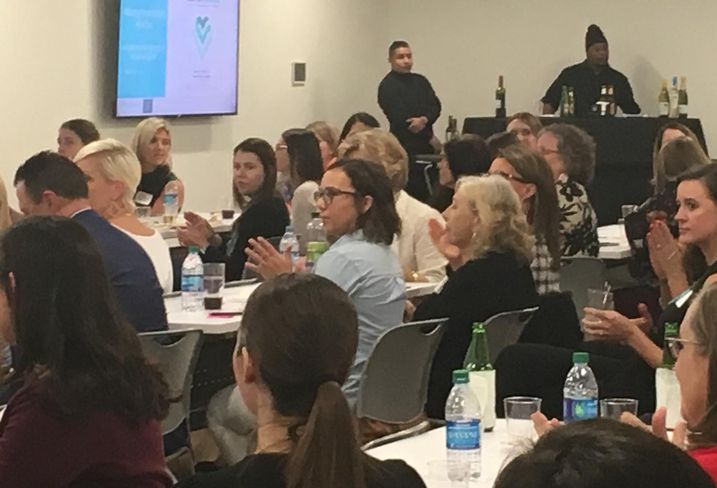 One of the leaders on the issue is CREW Los Angeles, led by its current president, Timothy Kidd.

Kidd joined CREW in 2015 when a member of another chapter mentioned the option of men joining. While he believes CREW LA has a fairly large male contingency, some men across the country may still be unaware of how much they are valued at CREW, Kidd said.

“I have talked to some of the chapters where I think the perception is maybe a bit different,” he said. “There may be a different perception depending on where you are [in the country].”

Kidd said he hasn’t heard men express the fears over changing dynamics that research shows many feel, but he believes the solution for both men and women going forward is to ensure conversations are diverse, open and supportive.

“Having that diversity in the conversation [is important], as opposed to being solely a women’s group that meets to discuss about women in the industry,” Kidd said. “Our goal is to empower women, recruit women and promote women. And to have the opposite sex [there] is just opening up the diversity of opinions, which is part of the reason for promoting women in [the] commercial real estate industry, because it has been a predominately male industry.”

The message from men and women in CREW is clear: Men are welcome.

“It is important for women to be promoted within the industry and also to have that male perspective on maybe how they can look at women differently,” Kidd said.

CORRECTION, OCT. 11, 10:30 A.M.: Vicki Summerall is president-elect of CREW Dallas, Suzanne Brasuell is a past president. A previous version of this story misstated their current CREW affiliations. This story has been updated.