This Week: Live from ICSC!

This week, Bisnow was on the ground at ICSC's annual RECon in Las Vegas, joining over 33,000 retail movers and shakers, and staying up way past our bedtime. 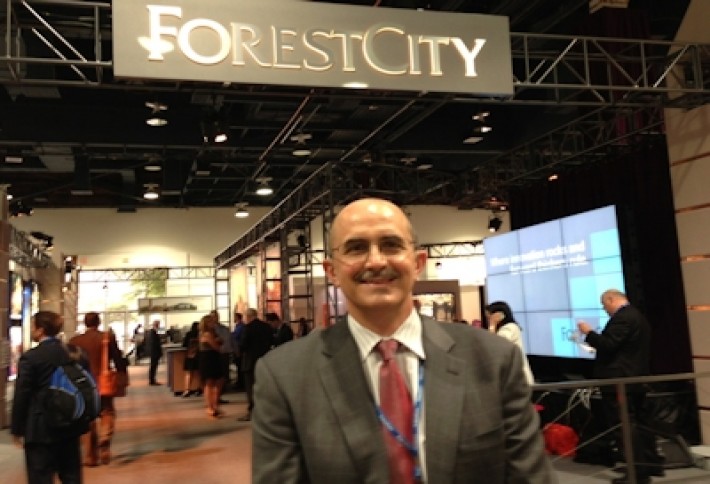 We snapped brand-new ICSC chairmanDavid LaRueon hisfirst full day; he'd been sworn in the evening before, but not in an official ceremony: "They tore off my'trustee'ribbon and replaced it with 'chairman,' and that was it," he laughed. Of course, David already had another occupation: He's beenCEO of Forest City Enterprisessince 2011. Now he has another60,000constituents in 90 countries through ICSC's massive reach. In his first speech, he urged more diversity among ICSC members to reflect changing demographics of American consumers. Personally, he lives that theme out and tells us he's excited about his family'scoming adoptionof a fifth child this June--a 14-year-old boy, joining three adopted siblings and one natural born. 5 kids and 2 CEO jobs? This guy must be organized. 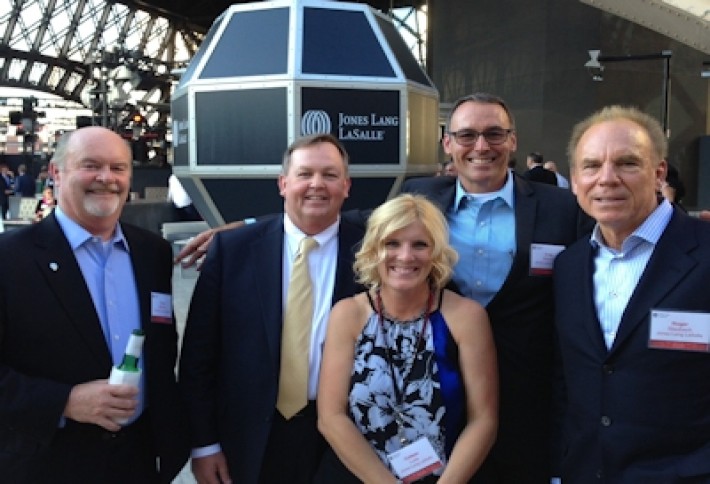 Long a fan favorite,Roger Staubach, right, was a star attraction at the Jones Lang party in the nightclub of the Paris Hotel's Eiffel Tower. We snapped the 1963 Heisman Trophy winner and Super Bowl VI MVP withJLL Americas retail group CEOGreg Maloney, RREEF'sJoe Saunders, and JLL team membersColleen LurieandCraig Killman. Roger, who started his own real estate company in 1977 and sold it to JLL in 2008, is at age 71 still quarterbacking as strong as ever asexecutive chairman for the Americas anda JLL board member. 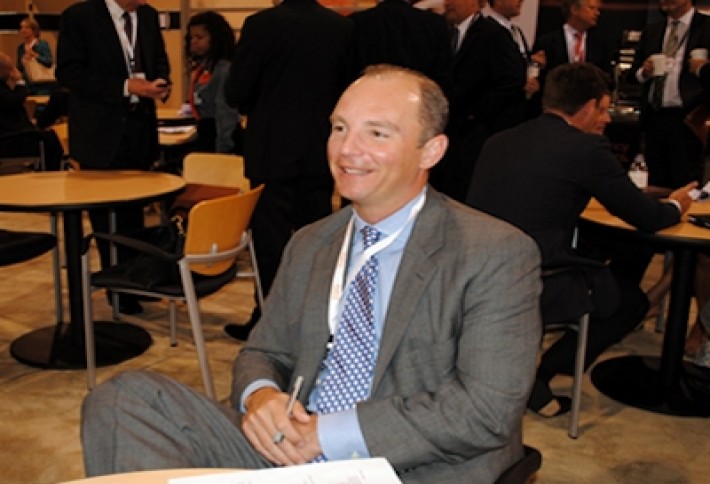 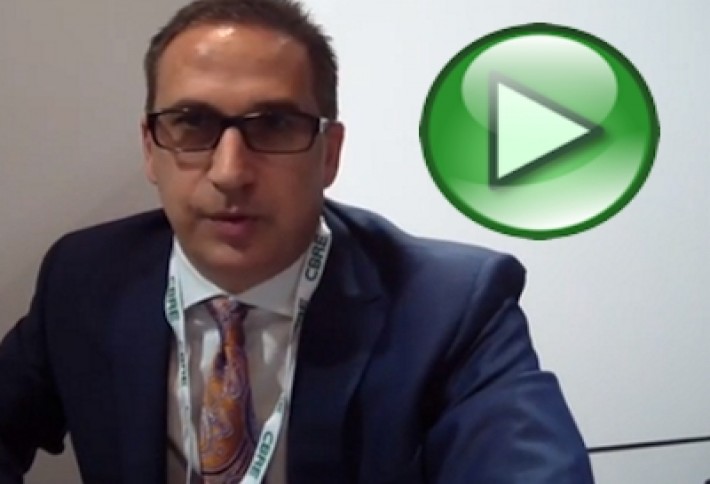 Despite Gen Y's love for the city,secondary markets still have clout as retail demand improves and vacancy levels drop. What does this mean for investment? Click thevideoabove to hear more fromAnthony Buono, who leads CBRE's retail practice. 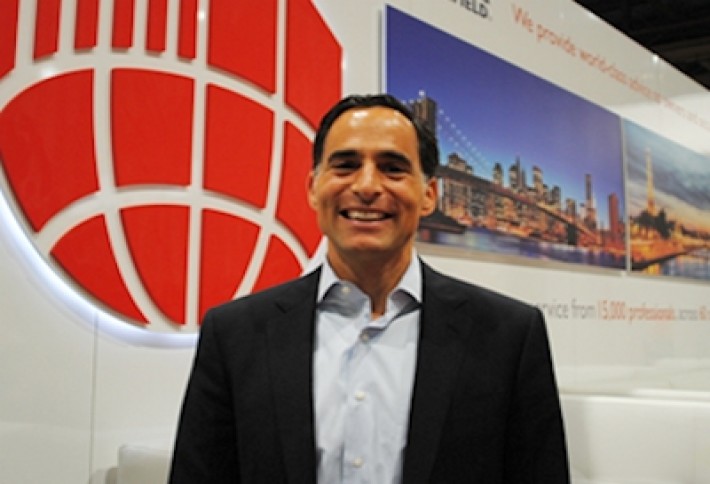 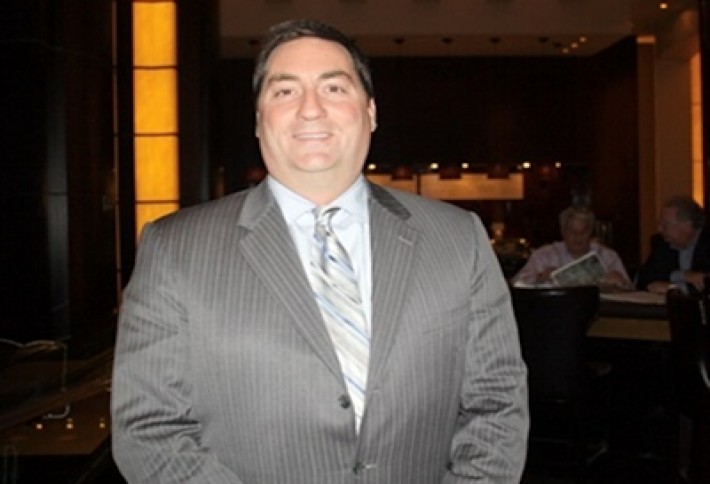 Avison Young CEOMark Rosetells us post-recession, retailers are not focusedsolely on store count growth. New stores are being tempered by both increasesin distribution centersanddata centersas retailers increasingly leverage e-commerce. Mark also made two boldpredictionsthat could shape retail in the coming decades: The desire of Gen Y to live within the city may be permanent with fuel and energy showing no signs of abatement; and interest rates will rise sooner rather than later, hurting retail investors. 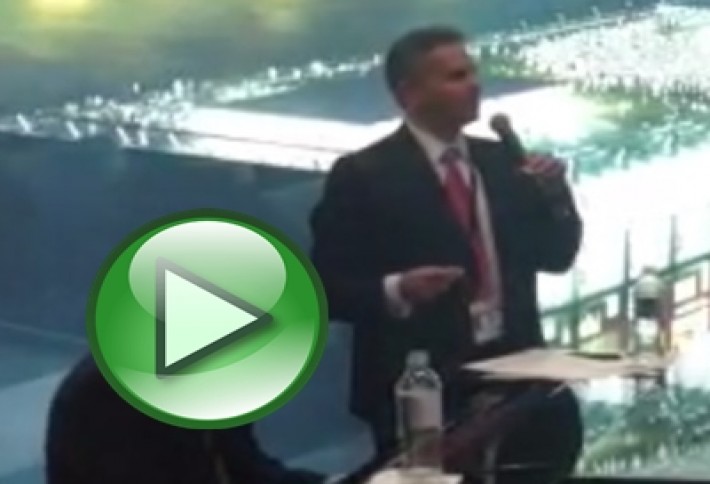 At Howard Hughes Corp's booth, CEO David Weinreb invites ICSC attendees--Sinatra style--to fly away with him (click the videoabove). Where, exactly? Perhaps to NYC's South Street Seaport. HHC will redevelop the Sandy-ravaged retail and entertainment hot spot, but first comes the summer activation series launching this weekend and including pop-up retail in old shipping containers, a return of the popular SmorgasBar, outdoor films, and music festivals. Or perhaps New Orleans, where HHC soon will start the $70M transformation of the 200k SF Riverwalk Marketplace into the 250k SF Outlet Collection at Riverwalk, the country's first Downtown outlet center. 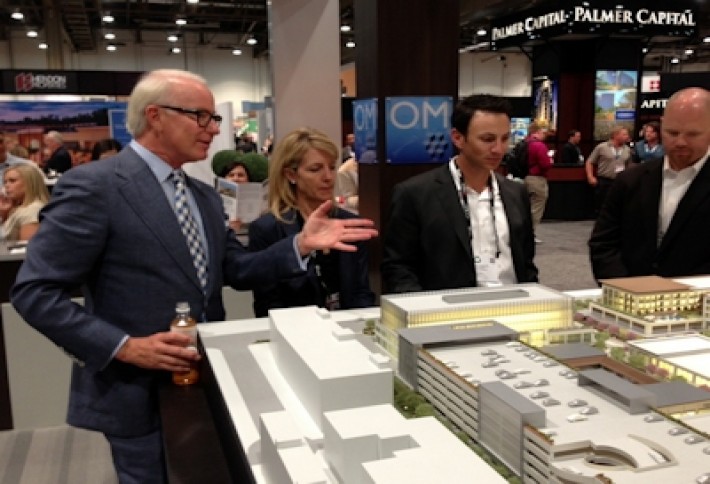 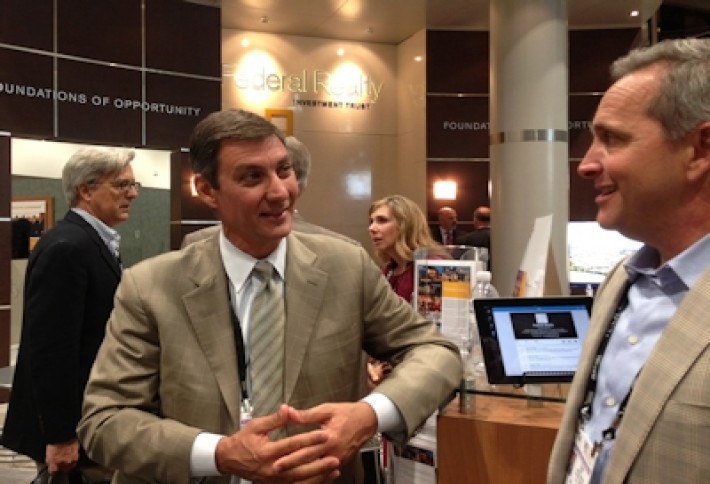 Is it our imagination, or does Federal Realty Investment Trust CEODon Wood, one of this country's retail titans, look like storied TV hostMonty Hallof Let's Make a Deal? And isn't that exactly what he appears to be doing with JBG Rosenfeld principalGrant Ehat? 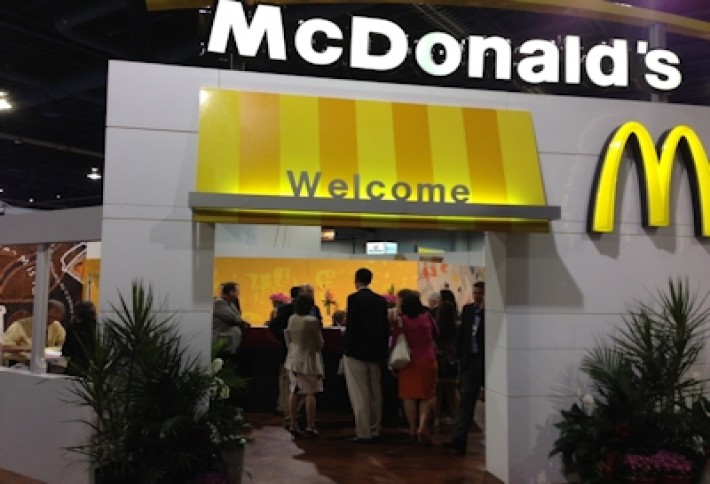 One of the frustrations ofretail exhibitionsis that participants use their famous storefronts--but instead of getting McDonald's hamburgers, Dunkin' Donuts, or Panda Express Chinese, you walk in and just get...peopletalking. 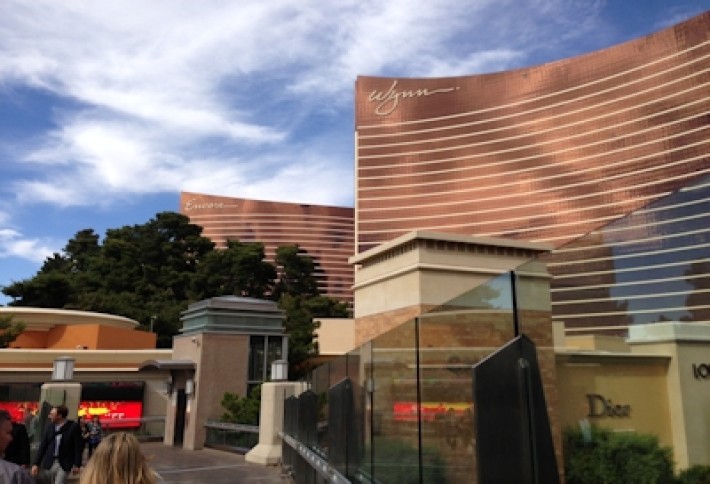 Steve Wynnis, of course, atowering figurein the Las Vegas hotel industry--the brilliant entrepreneur who built the Mirage, Treasure Island, Bellagio, and theWynnandEncore, which we snapped from the Strip. 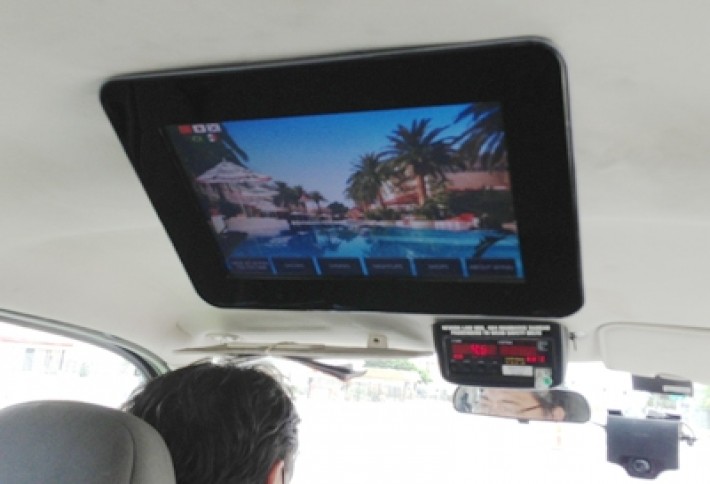 But incabsaround the city, it's a different story. When you get in, his voice automatically comes on telling you about the Wynn. He's an incredibly good speaker, and it's very charming. The first four or fivetimes you hear it. But pity thetaxi driverswho have been hearing it100 times a dayfor over a year. Remember theLarry Davidepisode about the maid who'd worked in "It's a Small World After All" at Disneyland--and went crazy? That's what we're sensing. 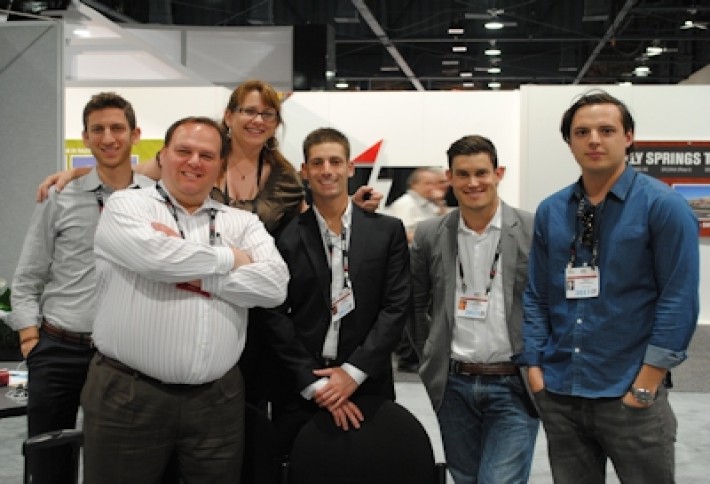 Have a happy and safe Memorial Day weekend. Anyone going to a parade? We'll see you all Tuesday morning, bright and early! sibley@bisnow.com