After partnering on two developments this year, Columbia Property Trust and Normandy Real Estate Partners have decided to join forces. 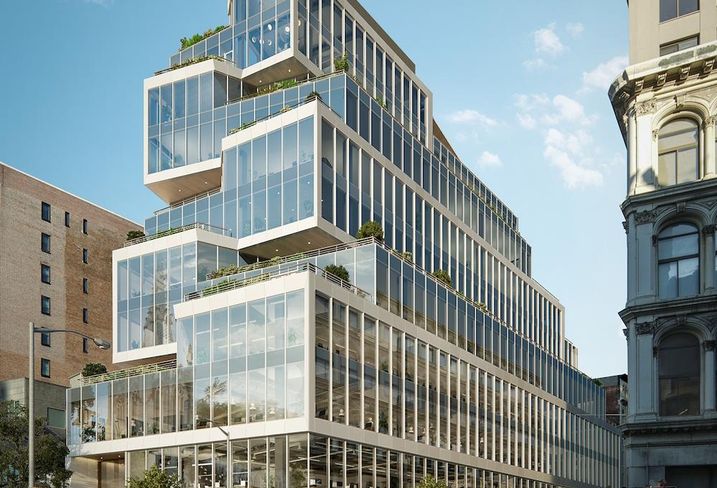 Courtesy of Binyan Studio
Rendering of 799 Broadway, which Columbia Property Trust and Normandy Real Estate are partnering to build.

Columbia Property Trust, a real estate investment trust listed on the New York Stock Exchange as CXP, has agreed to buy Normandy, a private equity investor and developer, in a $100M cash and stock deal. CXP will pay Normandy's owners $13.5M in cash and $86.5M in stock, valued at $26.50 per share, if the deal closes as expected later this year.

CXP and Normandy are co-developing 799 Broadway, a 180K SF ground-up development near Union Square in Manhattan, and partnering on the redevelopment of 250 Church St. in Tribeca, a mile and a half to the south. The two companies collectively own several office properties in the most sought-after parts of Manhattan — Normandy co-owns the 1.2M SF Terminal Warehouse building in Chelsea and CXP owns the former New York Times Building, which is leased to Snapchat's parent company, among other tech tenants.

CXP's 7M SF portfolio is centered in New York, Washington, D.C., and San Francisco, with smaller investments in LA, Boston and, until recently, Atlanta. Normandy, based in New Jersey, manages 14M SF of properties on behalf of its investors in the New York, Boston and D.C. areas.

Normandy's first two funds, and a handful of suburban mixed-use developments, are not part of the acquisition, CXP said in a release. Wentworth, Welsh and Normandy Chief Operating Officer Giorgios Vlamis plan to launch a new investment firm with the remaining assets, a source close to the transaction told Bisnow.

The new firm is structured to not compete with CXP, the source said, and will retain ownership of assets in Englewood Cliffs and Summit, New Jersey, Westchester County, New York, and Newton, Massachusetts. It also plans to pursue non-real estate opportunities, and enlist CXP to manage its real estate portfolio.

Wentworth launched Normandy after a stint as president of the group that owns the New York Yankees, New Jersey Devils and, at the time, the New Jersey Nets. He will also join CXP's board of directors after the merger, the REIT announced.

“The strategic combination of Columbia and Normandy will form a stronger company with an exceptional gateway market portfolio, a world-class team and a robust pipeline,” Wentworth said in a release. “We have tremendous respect for Columbia’s strategy and leadership team, and, after launching two projects with them this past year, we’ve seen how well their culture and business model align with ours.” 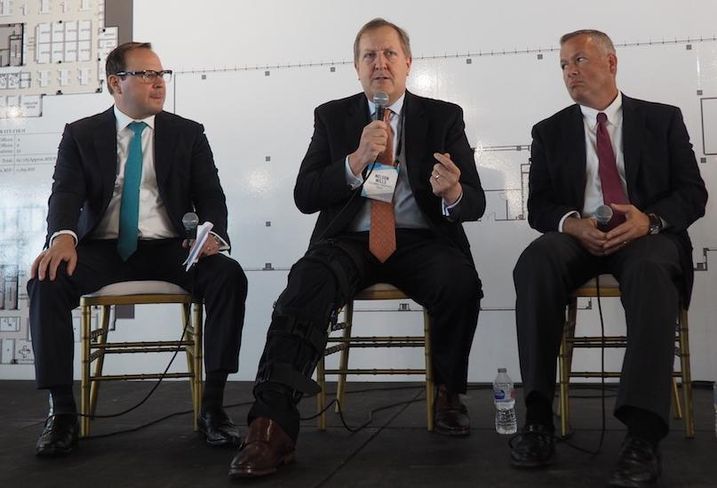 Other Normandy executives will move into key leadership roles with the REIT, including Normandy co-founder Jeff Gronning, who was named CXP's chief investment officer, and partners Paul Teti and Gavin Evans, whose future roles were not specified. Welsh will serve as the chair of the investment committees for NREF III and IV, in addition to helping launch the yet-to-be-named firm.

The deal gives Columbia a stronger foothold in Boston and D.C. especially, where it owns only a handful of properties. In recent years, CXP has sold off its remaining assets in Atlanta and other non-core markets, despite long being based in Georgia's capital.

The Normandy acquisition also boosts the REIT's development expertise, as previously it has focused on buying and leasing up assets, rather than building them.

“Expanding our platform — both our capabilities and presence in our key markets — is highly supportive of Columbia’s long-term growth objectives. Combining the Columbia and Normandy teams enhances our mutual talent, resources and relationships, and strengthens our position as a leader in our target markets,” CXP President and CEO Nelson Mills said in the announcement.

“Beyond Normandy’s proven sourcing, development and management capabilities, we’ve had the opportunity to experience their positive culture first hand through our joint projects in Manhattan. By joining forces, we will be able to provide fully integrated construction, development, leasing and property management services, as well as a complementary fund management platform to augment our core portfolio operations.”

CORRECTION, OCT. 22, 2:30 P.M. ET: Normandy was co-founded in 2002 by Wentworth and Welsh. Jeff Gronning is a co-founder, but joined the company in 2005 and co-founded Normandy's fund management platform. A previous version of this story misstated his role at the company. This story has been updated.