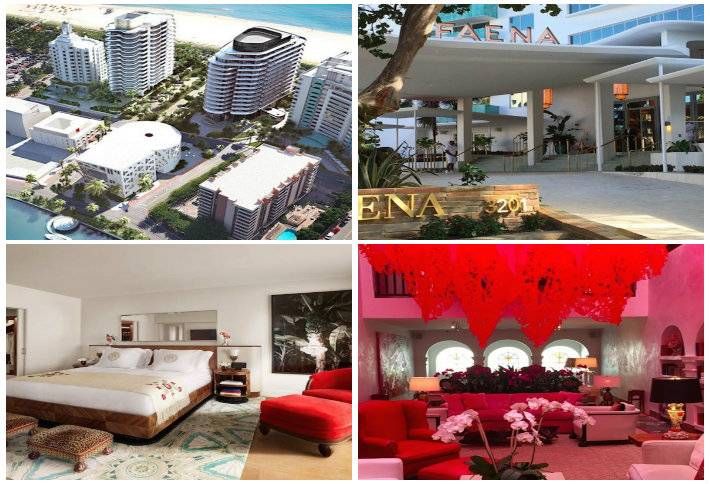 A breakneck pace of development continues in Miami—Brickell, Downtown, Edgewater, Design District, Midtown, Wynwood, South of Fifth, Surfside—but as 2016 beckons, what's the buzziest of all? 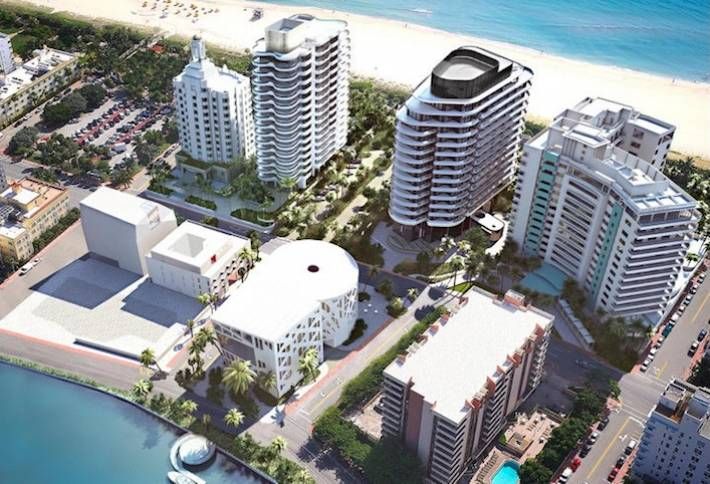 Many say it's the whole new neighborhood shown in this rendering, known as the Faena District, on Collins from 32nd to 36th: eight integrated new and old buildings assembled by self-made Argentine impresario Alan Faena, 52 (in partnership with Russian billionaire Len Blavatnik). Calling himself an "urbanist" and creator of "holistic environments" rather than a designer or developer, Alan created a similar and hugely successful area in Buenos Aires; this is his first foray outside that city. 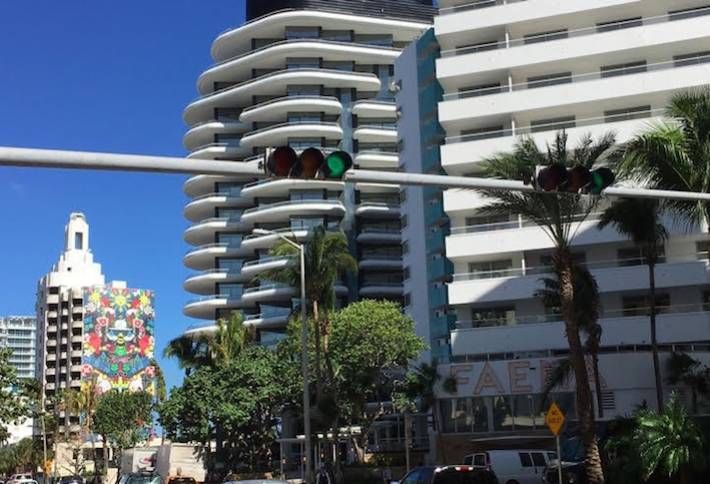 Even more than bringing life to what had been a sleepy stretch of Collins along the ocean, it may usher in a new golden age for Mid-Beach, which got rolling before the recession when developer Jeffrey Soffer redid the legendary Fontainebleau at 44th. Now Barry Sternlicht's 5-star ecological entry, the One Hotel, which opened to great fanfare earlier this year, has lured crowds up to the edge of South Beach (at 24th); Marriott's swank Edition Hotel created with industry icon Ian Schrager has opened at 29th; and cultural trendsetters SoHo House and the Thompson Hotel have appeared north of Faena. 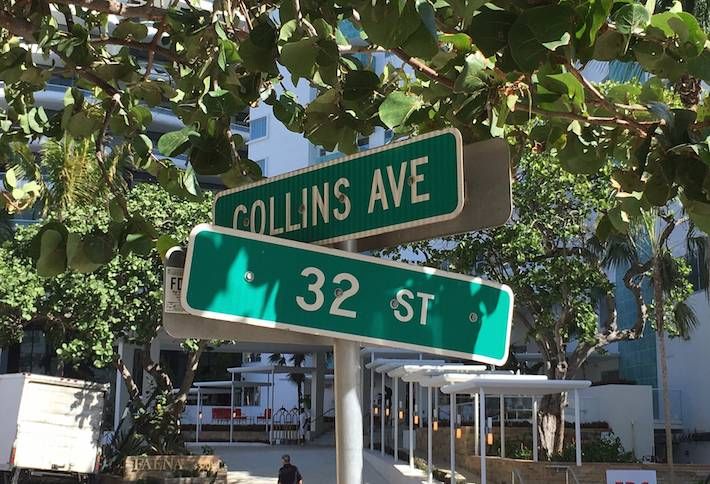 We're half-expecting the local business improvement district to erect a big new sign (made to look old, of course): "Welcome to Mid-Beach, the New South Beach!" 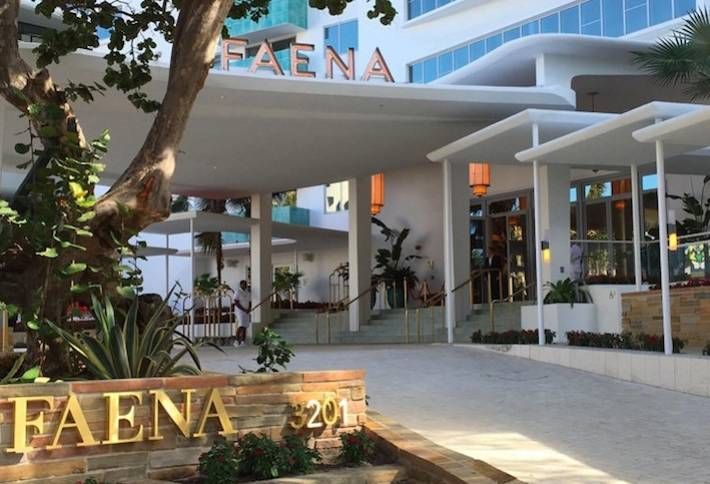 We snapped many of these pictures yesterday as the Faena Hotel Miami Beach officially opened its doors. At 169 rooms (111 of which are suites) with an average price of $745 a night (no typo), a butler is stationed on each of the 12 hotel floors to afford a single point of contact for discriminating guests (two more stories at the top of the building contain 13 residences). Alan himself lives a few blocks away, and can also keep an eye on things (you'd recognize him by his habitual all-white suit). 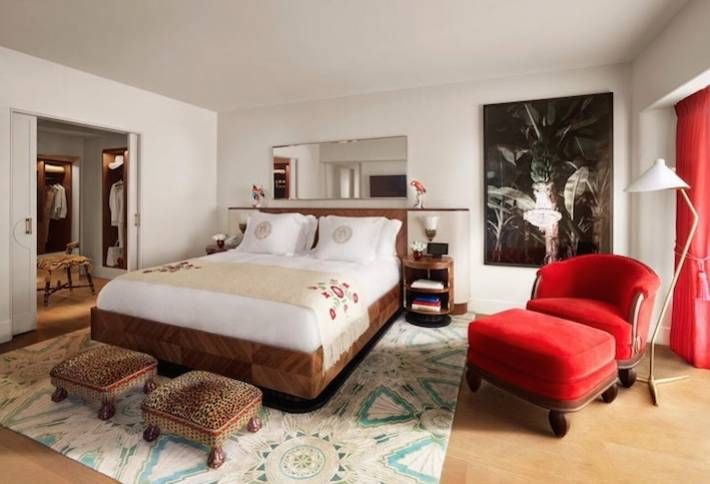 The hotel is meant to look approachable, not vast, yet give guests a burst of color and emotion. A key motif is its ubiquitous use of theatrical red (symbolic because Alan got his start creating an incredible rose business in Punte del Este, Uruguay). But that's not the only attention-getter: 600,000 tiles are used for floor mosaics in the lobby, which also features eight giant murals, and in the Veranda restaurant you'll find chandeliers with literally thousands of light bulbs—that through a complicated system of sensors and communications actually flash when lightning occurs in the pampas of Argentina. The intention: bringing back the glamour of yesteryear. Indeed, the bones of the Faena were originally the storied Saxony Hotel, the poshest Miami resort of its day. Still other amenities: Pao at the Dome Asian restaurant from celeb chef Paul Qui of Austin, TX; an ornate old theater off the lobby that will host a revue for six months starting in early '16; a 22k SF full floor spa facing the ocean; and an outdoor fire kitchen styled like an Argentine asado. 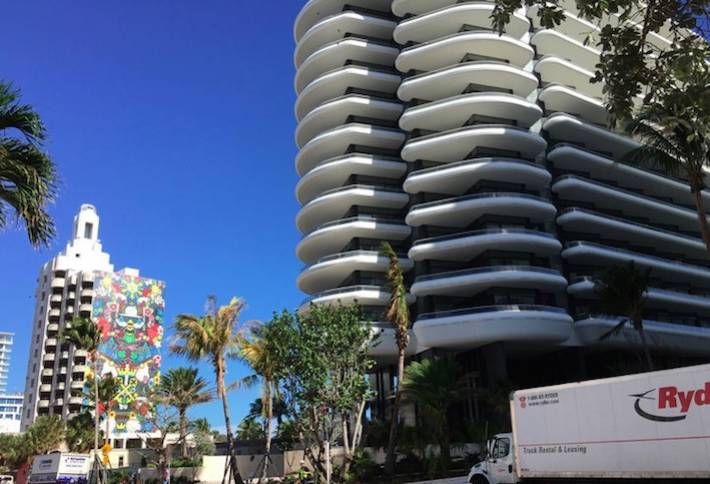 What's gotten the most attention about the neighborhood are the stratospherically priced condos at Faena House (on the right in the picture), 42 units by starchitect Norman Foster that include a $60M penthouse bought by a billionaire hedge funder and representing the most expensive house in the history of Miami. To the left, the old Versailles Hotel will be condos, and soon to rise from the adjacent parking lot will be a sister condo building called Versailles Contemporary. 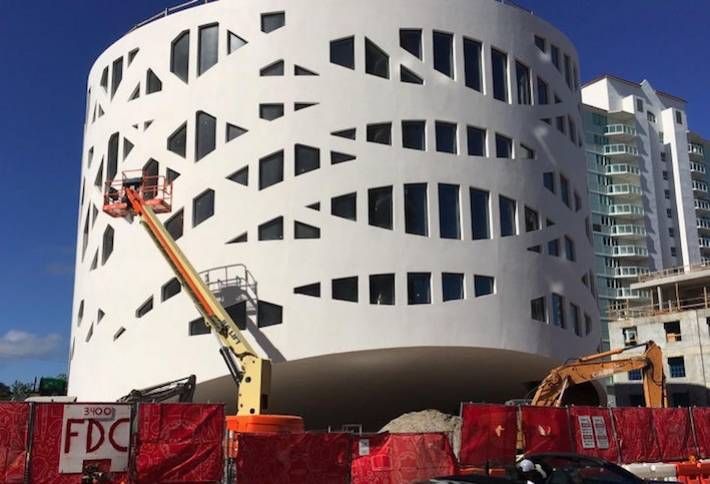 The 43k SF Faena Forum, to open late 2016, intends to draw in the community with a large exhibit hall and ampitheater. Much of the live entertainment is intended to be informal and free. Art installations will also be a regular feature. 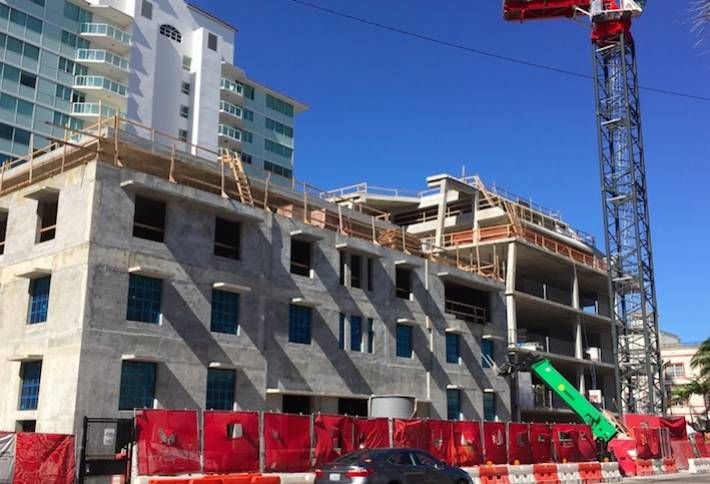 Two middle buildings will be retail, conceived not like the many luxury stores of the Design District but more as a vibrant souk or bazaar with a restaurant café and parking. 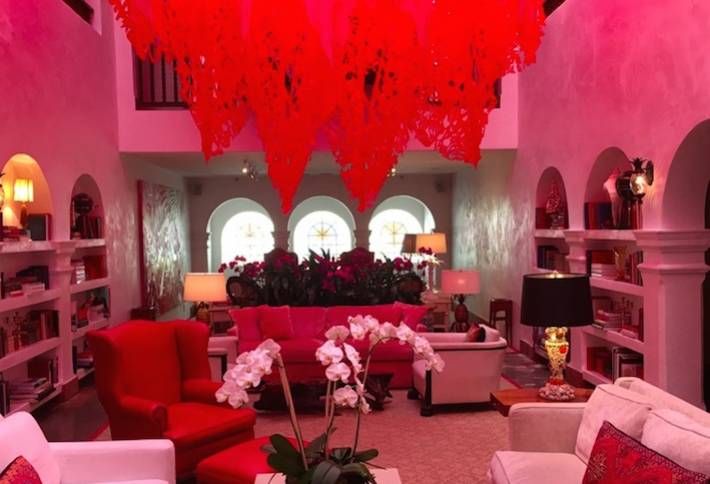 Finally, Casa Claridge is a small 50-room boutique hotel that's considered the "guest house" of the neighborhood. It was acquired last year, renovated, and is now in full swing. With lots of bright red, of course.