Construction to turn the historic Stowers Building into the Aloft Houston Downtown began 60 days ago. Developer Bill Franks showed us around the property, which has already made impressive progress. 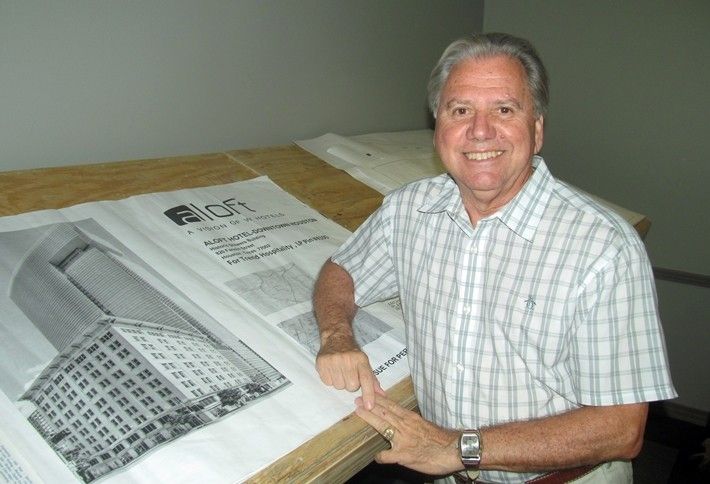 Bill, pictured with the blueprints, is right in his element. The 173-key Aloft is his third hotel Downtown, including the JW Marriott and the Sam Houston. All are historic renovations. As Bill puts it, “if you tear down 103 years of history, you can’t get it back.” Every other building originally on the block is gone, so he’s proud to be keeping the Stowers Building intact. He believes the project is a missing link for Downtown; it’s a lower price point than the neighboring JW Marriott, which makes it accessible to young professionals. 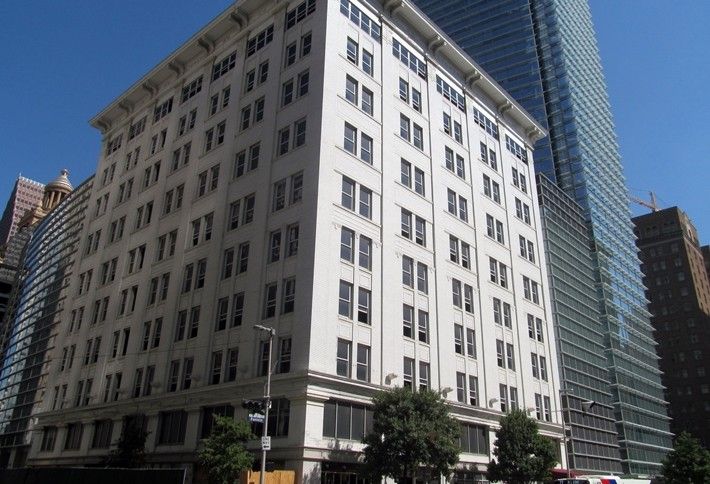 The interior will look a lot like the Aloft on Westheimer and every other Aloft. That prototypical design is working well for the chain. Bill calls it the hottest brand on the market, with nine Alofts under construction in Texas. The Stowers Building is a unique addition to its portfolio, though, and Bill says it will have its own flair. 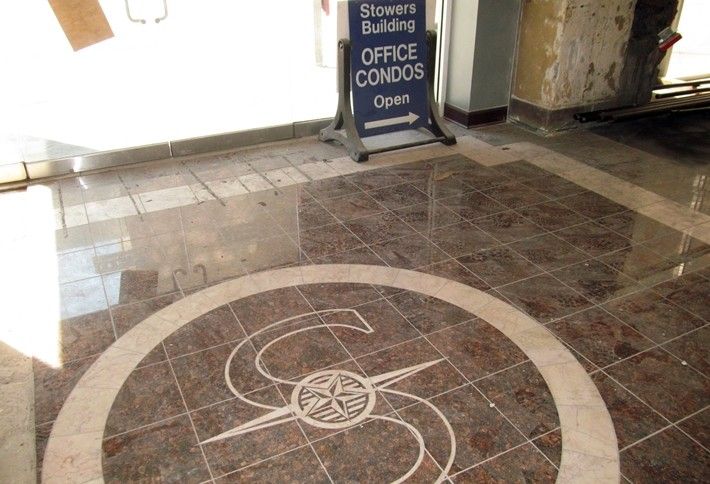 The property had been converted into office condos. They didn’t sell, and the building was taken off the market. Bill tells us the team started planning the conversion in September 2013, and Trend Hospitality bought the property at the end of 2014. 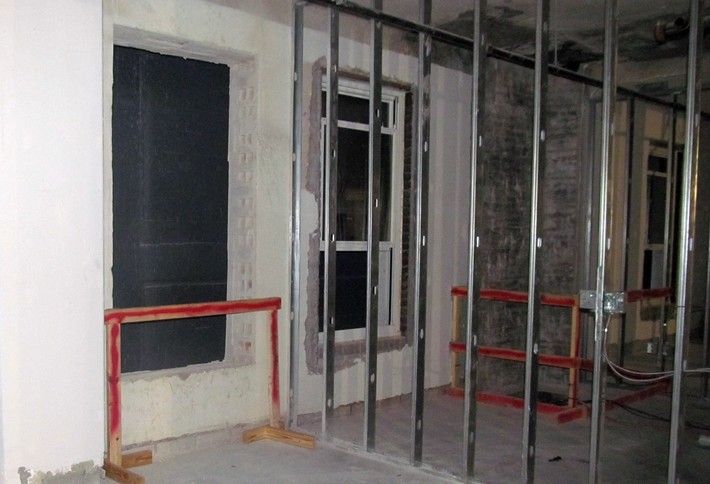 Since launching construction on June 1, GC Arch-Con has demolished much of the interior, set up craning and cut out new windows, including the ones pictured here. Things are bare now, but Bill says model rooms will be ready in just one month. The rigorous schedule is the Aloft Houston Downtown’s biggest challenge, Bill tells us, but so far they’re on track to finish by April. 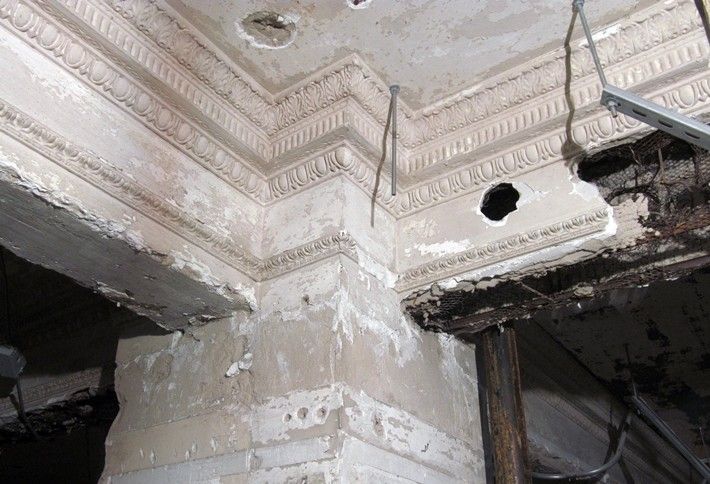 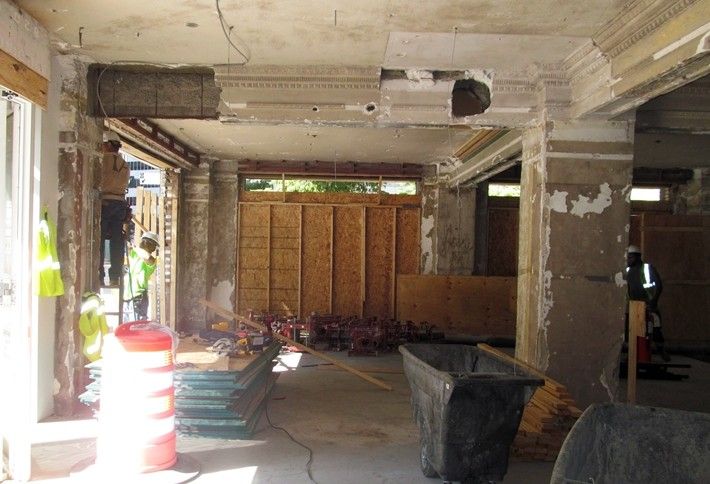 This is the corner of Walker and Fannin. A pool table, a staple in Aloft hotels, will sit right there. The second wood panel on the right will be the entrance to the valet on Walker Street. Further into the building along Walker you’ll reach the wxyz Bar. 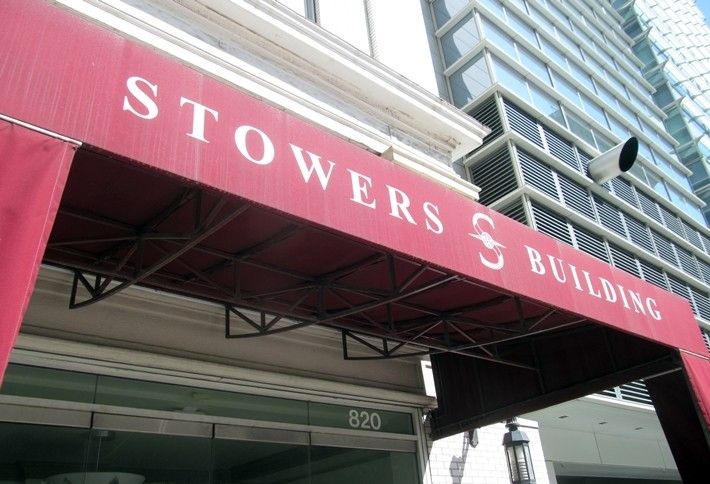 This won’t be sticking around much longer, but Bill says both entrances to the hotel will have cool awnings. 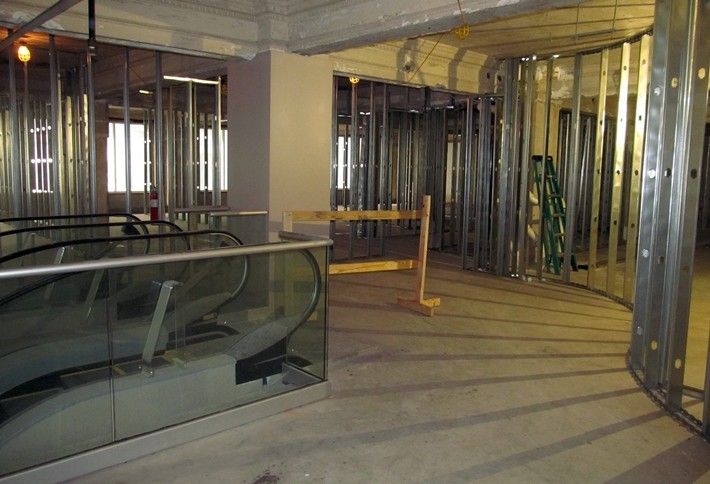 The escalator from the first to the second floor will stay and will drop visitors off into some of the 2k SF of meeting space. (Behind that curvy soon-to-be wall.) Bill says this space was originally designed to be a fast food kiosk for Stowers so it has all sorts of piping and capabilities. In his words, “the building is over-engineered.” 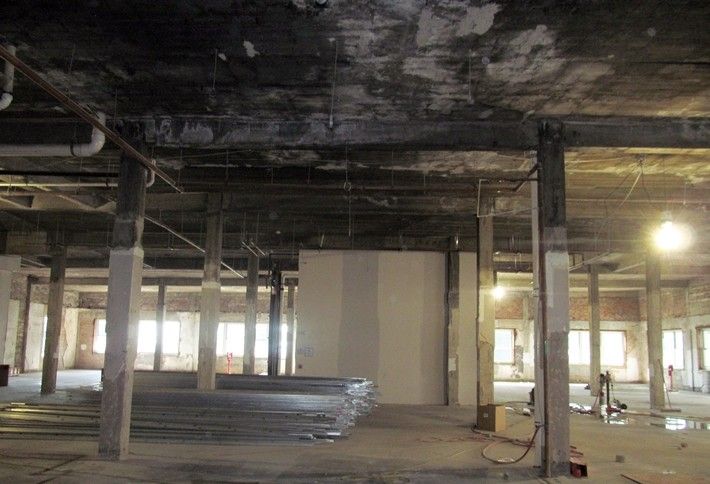 The ceiling on most levels (which varies by about a foot between stories) will be painted light gray with pipes left exposed for a loft feeling. The 10th floor (pictured) will be the only one with a typical ceiling—it’ll be added in here where the plaster ends/brick begins to replicate the historic 13-foot ceiling. The extra space also allows the pool to be dropped in from the roof right in front of that white wall. (That’s actually a stairwell, which will be extended up to the roof.) Bill tells us the team is waiting for steel, which will be added in from beam to beam to create the box for the pool. Directly underneath will be the Refresh workout facilities. 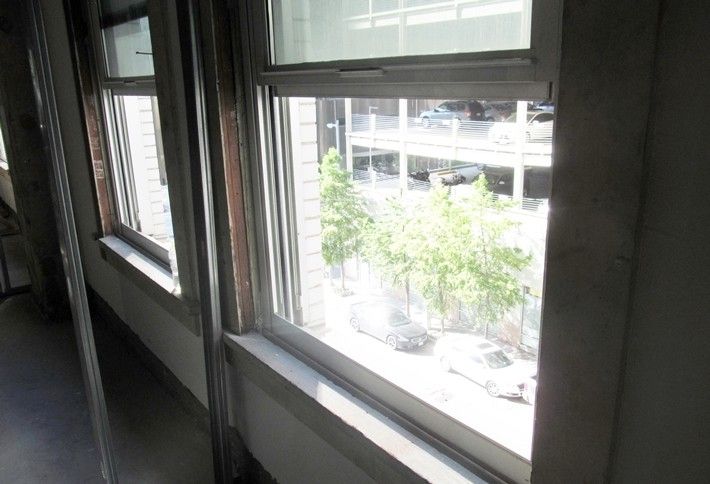 The team is keeping the 103-year-old brick on the exterior and the original windowsills. (Basically, almost everything you see here is a century old and is sticking around.) Keeping them intact helps the team receive tax credits. 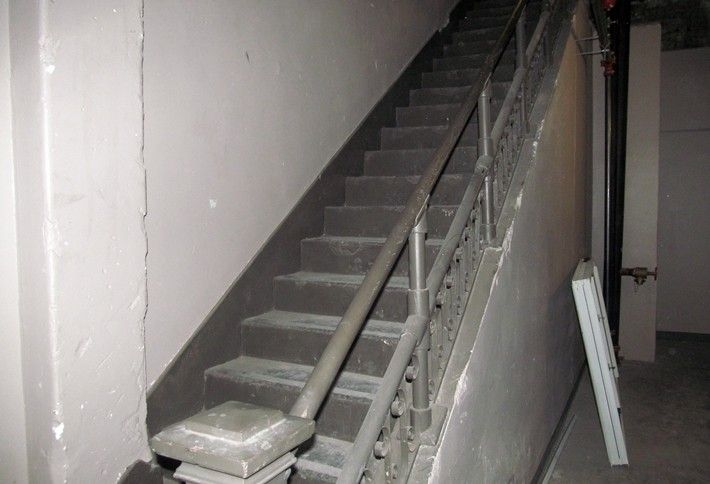 Another historic aspect left fully intact: This original stairwell from the 10th floor to the roof. 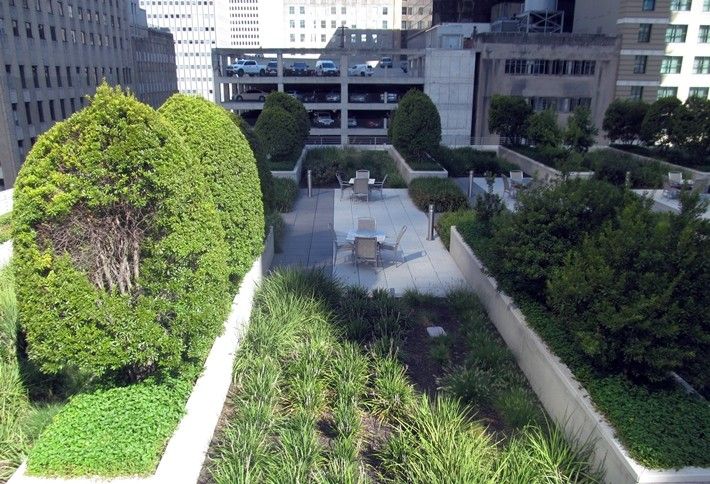 You can pretty much leap on to BG Group Place’s green patio from the Aloft roof. (Or you could, but a glass wall is being erected around the perimeter.) Bill tells us the hotel’s roof will look very similar…plus a pool. 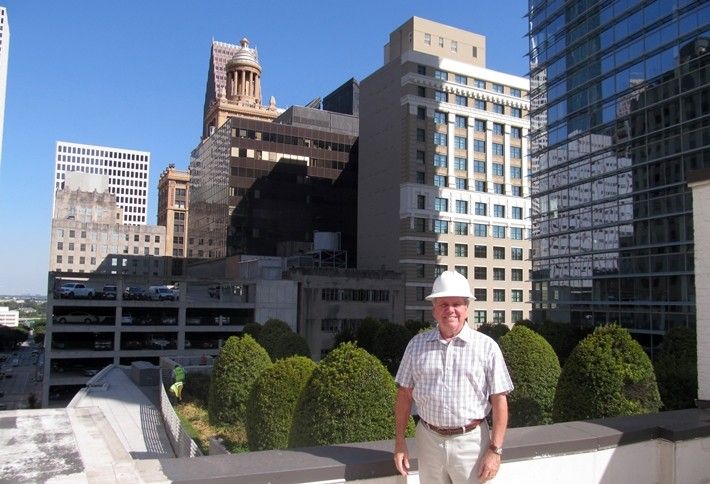 Here’s Bill with one of the best views from the roof. The JW Marriott Houston Downtown is directly behind him. From the other side of the roof, you can see Minute Maid stadium, all the development underway in the Convention District and Houston Center. Bill loves the location—close to the George R. Brown and only half a block from a rail stop. Besides the pool, the roof will feature a bar and fire pit. Bill says you can get a couple of hundred people up there, so get your party invitations ready.