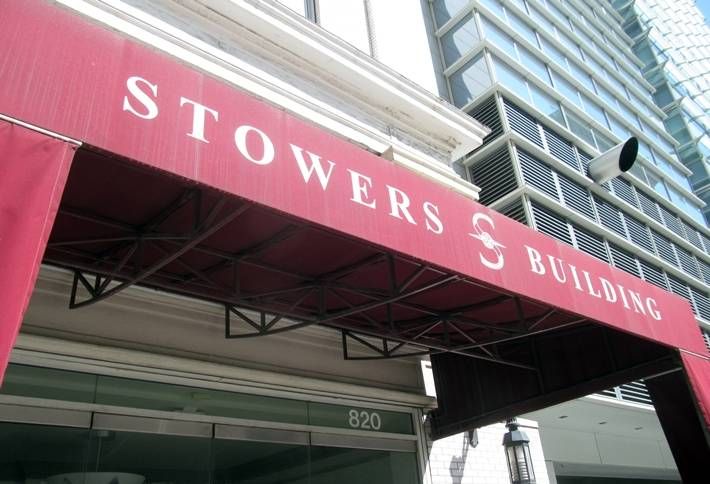 The Houston City Council voted on Wednesday to designate seven buildings historic landmarks. The landmarks include two Downtown buildings now being converted into upscale hotels, an old water works building and a filling station. We've dug into the past to find out what makes these buildings so special to Houston. 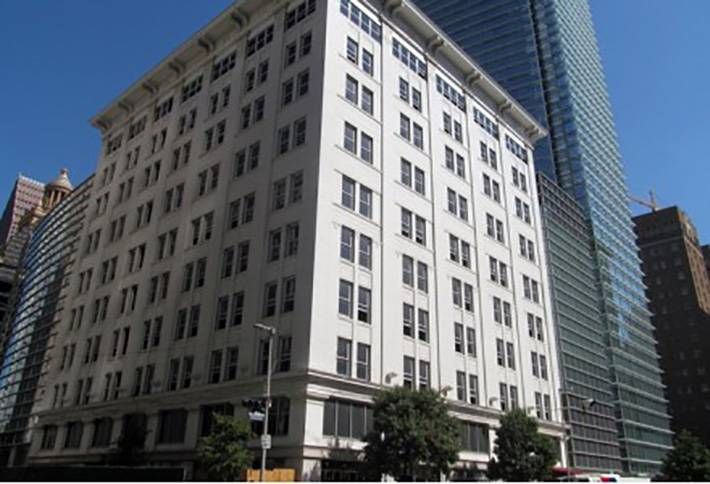 The Stowers Building at 820 Fannin St is a 10-story former HQ of the GA Stowers Furniture Co, designed by the Houston architectural firm Green & Finger and completed in 1913.  It is considered a fine example of the Commercial Style of the 1900s.

It was bought and converted into condos in 2005 by Spire Realty. Presently the old building is being redeveloped into an Aloft hotel.  Aloft Houston Downtown will open in June 2016. 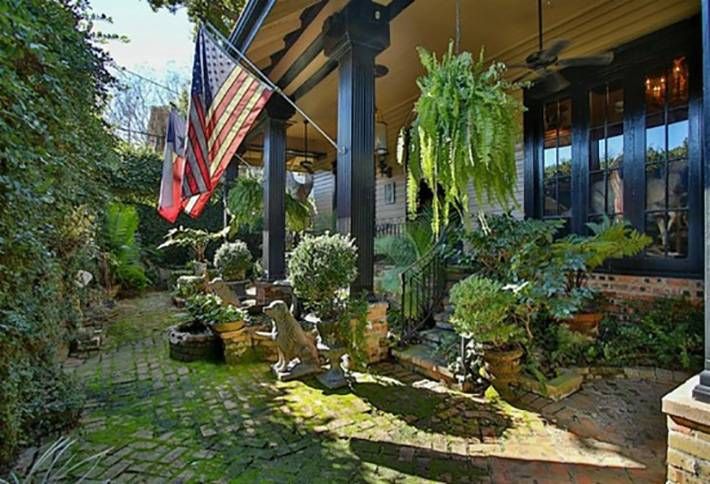 The house is a 1911 Craftsman with ornate detailing and a gorgeous, lushly landscaped porch. At one time, Violet Greenhill converted the house into a duplex, which she rented out to earn money for her and her son. It's been restored to a single-family home, and a new porch has been put on it after the original was damaged by Hurricane Ike in 2008. 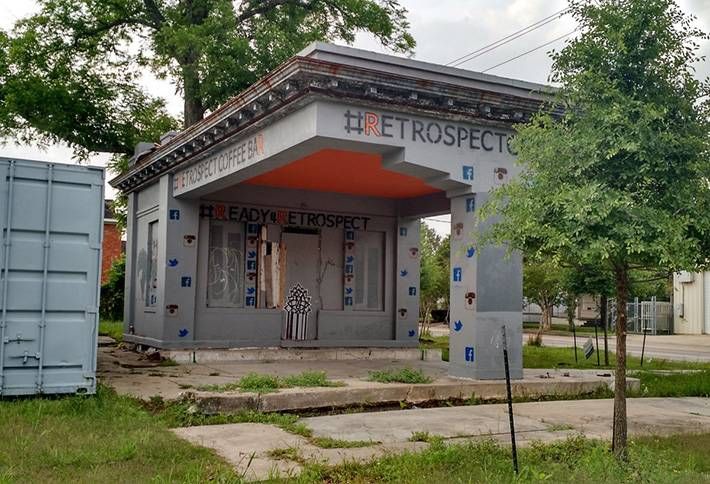 The Gulf Oil Filling Station at 3709 La Branch St was constructed in 1926 for Gulf Oil Corp. The structure is one of only a handful of remaining examples of early small-scale neighborhood filling stations. The Station Museum of Contemporary Art, across the street at 1502 Alabama, has used the Gulf Filling Station as both an outdoor gallery and art canvas in exhibitions. 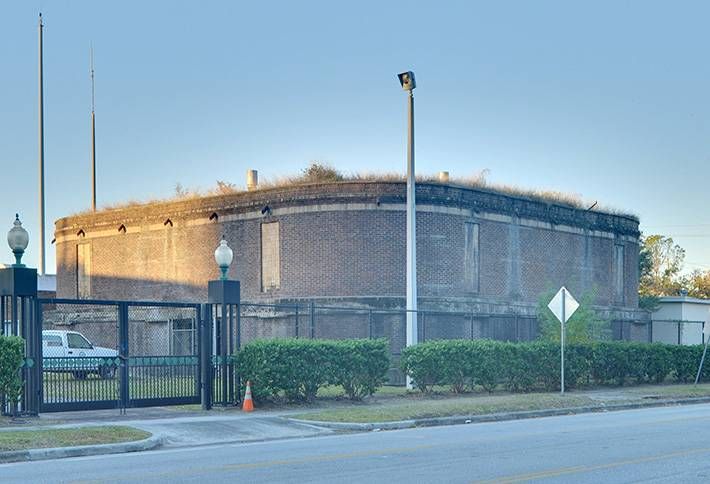 The Houston Heights Water Works at 449 W 19th St contains three historic structures: a 1928 brick-clad concrete 750,000 gallon Water Reservoir with an unusual grass roof, which is listed in the National Register of Historical Places; an Art Deco-style pumping building built by the federal Work Project Administration in 1939; and a limestone-trimmed, brick-clad pumping building built in 1949 in a modern industrial style. 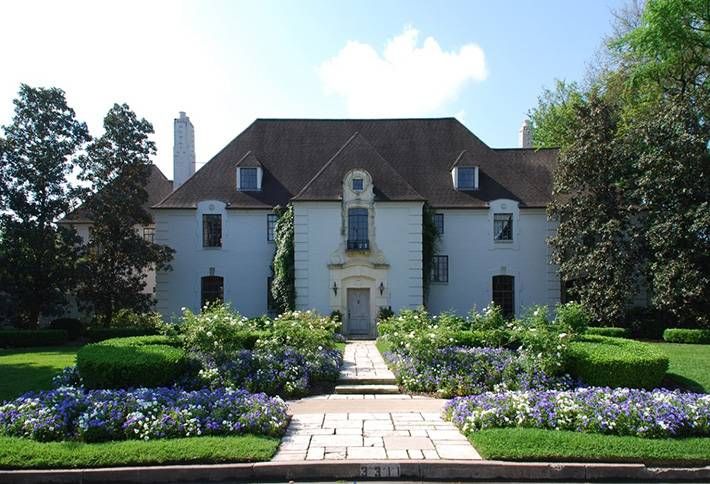 The Judge and Mrs. J.A. Platt House at 3311 Del Monte Dr at River Oaks Boulevard was created by celebrated architect Joseph Finger who designed many landmark buildings, including Houston’s City Hall. He designed this elaborately detailed, 7,347 SF, two-story painted brick house in the French Renaissance style. The house was completed in 1937 for $40k.

It's got a commercial real estate connection—GSL Welcome Group chairman Welcome Wilson Sr. and his wife purchased 3311 Del Monte Dr in 1966. It remained their family home until 1996, when the current owners bought the house. Besides the big-name architect, another poignant fact makes it historical, if not a landmark: Welcome was one of the few people to spend time with John F. Kennedy in Houston on Nov. 21, 1963, the night before the president’s assassination.

The house is for sale again. The asking price is $7.8M. 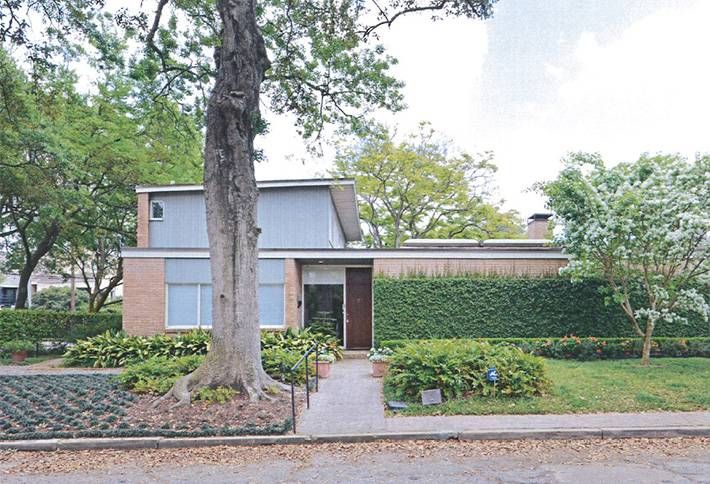 The Mr. and Mrs. S.I. Morris House sits in the Museum District at 2 Waverly Ct. The house was designed by prominent Houston architect Seth Irwin “S.I.” Morris Jr. and completed in 1952 as his family’s home. Morris left an indelible mark on the City of Houston through his role in such landmarks as the Astrodome (1965), Pennzoil Place (1976), Transco (now Williams) Tower (1983) and Gus S. Wortham Theater Center (1987). 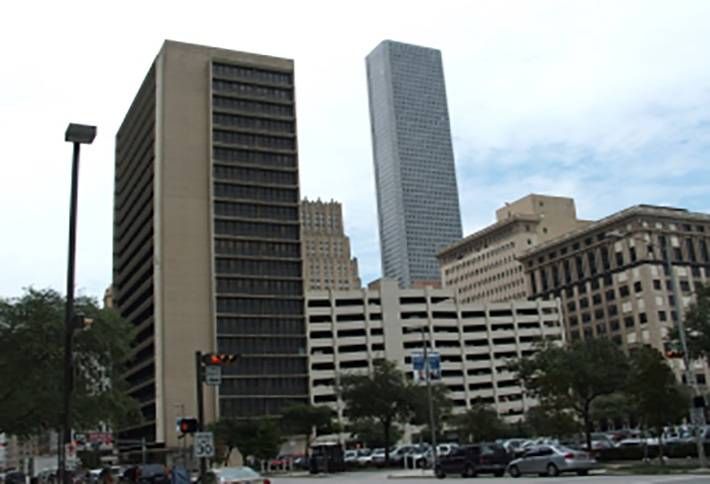 The Melrose Building at 1121 Walker St is considered Houston's first modern skyscraper. The building was deeply admired for its modern, post-war style when it delivered in 1952. It was the HQ of many oil-related businesses, including The Texas Pipeline Co and Shell Oil. But it almost immediately fell on hard times. By 1960, the building was practically vacant. A major renovation brought tenants back by 1970, but there were no major, stand-out tenants.That trend continued through the 1980s until it began to decline again. By 2014 it was vacant again. But its story has a happy ending.

In addition to being bestowed with a historic landmark designation, the building was recently purchased by Starwood Hotels, and will be a Le Meridien luxury hotel. The interior will be gutted and will be renovated to appear as it did in 1952.The hotel will be open and ready for guests in April 2017.