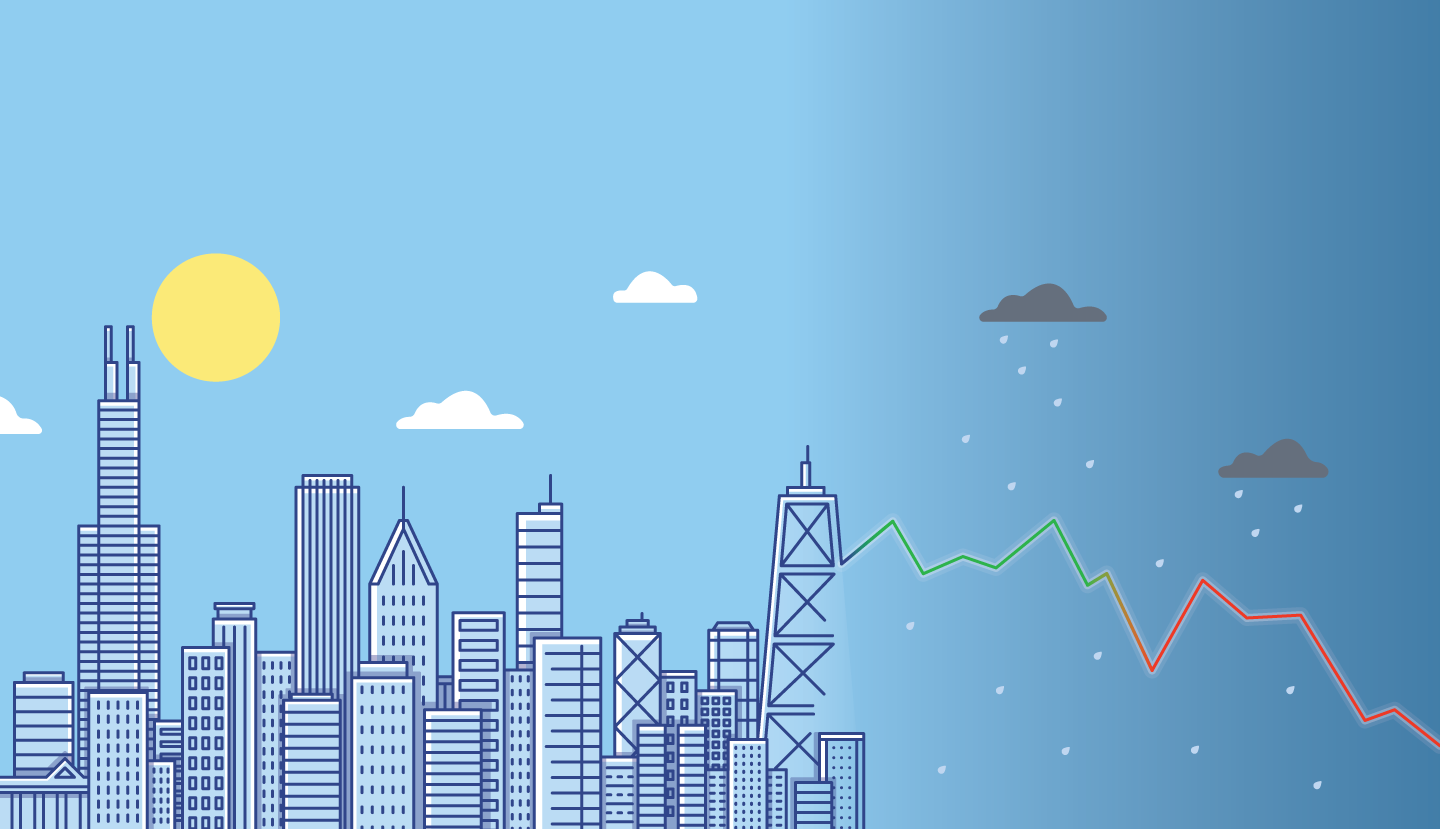 The disclosure that German investor Commerz Real AG was in exclusive negotiations with Sterling Bay to buy its Fulton West development at 1330 West Fulton St. for about $175M, first reported last week in Crain’s, was a shot in the arm for the local office investment sector.

At this year’s halfway point, investment sales had sunk to a 20-year low, according to a July report from MBRE, a sign that investors were shying away from Chicago. At the same time, many developers, including Sterling Bay, were unveiling a series of plans to remake and expand the central business district through the creation of vast mixed-use communities, each with thousands of residents and several million square feet of new office space, all of which will require massive infusions of capital. 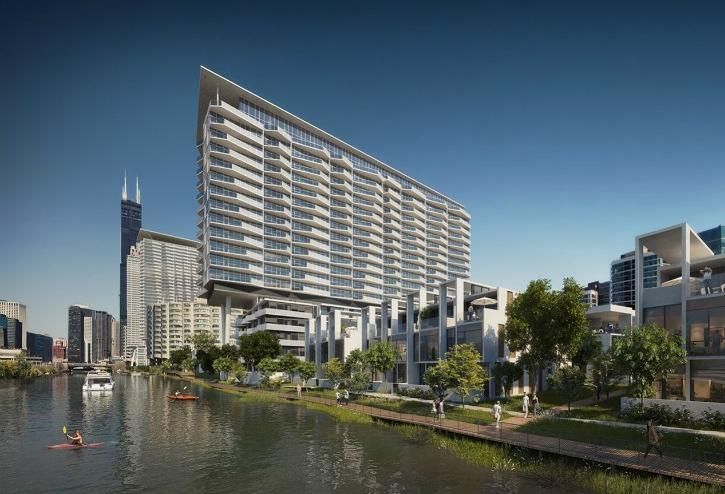 Courtesy of CMK/Perkins+Will
Riverline, a multifamily development By CMK, in Chicago's South Loop

One of the chief worries has been that new Cook County Assessor Fritz Kaegi, who took office in late 2018, plans to transform the entire system for property assessment, and that this would scare away potential investors, due to concerns that property taxes will rise exponentially over the next few years.

Researchers looking at the demand drivers for downtown Chicago’s office and residential markets, which will help fuel the CBD’s expansion, see tremendous reasons for long-term optimism, as corporations like Salesforce, Google and many others keep migrating to the city, bringing thousands of affluent workers that need housing in their wake.

Whether those changes can eventually overcome whatever reservations out-of-state institutional investors may have about Kaegi’s plans is difficult to judge.

Large investors, whether based in coastal markets or overseas, are reluctant to openly discuss such politically controversial subjects, even as they sing praises of Chicago’s ability to continue attracting new residents and businesses.

Gerd Johannsen of Commerz Real AG told Bisnow company officials would not comment on any of the tax issues.

“But we see Chicago as an attractive market because of its healthy fundamental data,” he said. “The real estate market is benefiting from a strong influx from the surrounding region.”

The Chicago metropolitan area led the U.S. in foreign direct investment from 2012 through 2019, according to the 2018 IBM Global Location Trends report.

But earlier this year, AFIRE, an association for global investors focused on institutional real estate in the U.S., published its latest investor survey, and Chicago landed fourth on the list of global cities where investors wanted to reduce exposure.

That doesn’t necessarily mean Chicago is headed for trouble — the other top 5 cities were London, New York, San Francisco and Washington, D.C., all of which have robust markets. But each of those cities also had enough fans to achieve a top 10 ranking on the list of cities where investors wanted to increase exposure, whereas Chicago was left out.

“With a number of uncertainties facing the Chicago metro office market (such as a new mayor, a new governor, increasing taxes, the legalization of marijuana, Illinois’ current financial troubles and the image of Chicago as a violent place), it is unclear how the market will respond,” Colliers International officials wrote in a mid-year report. 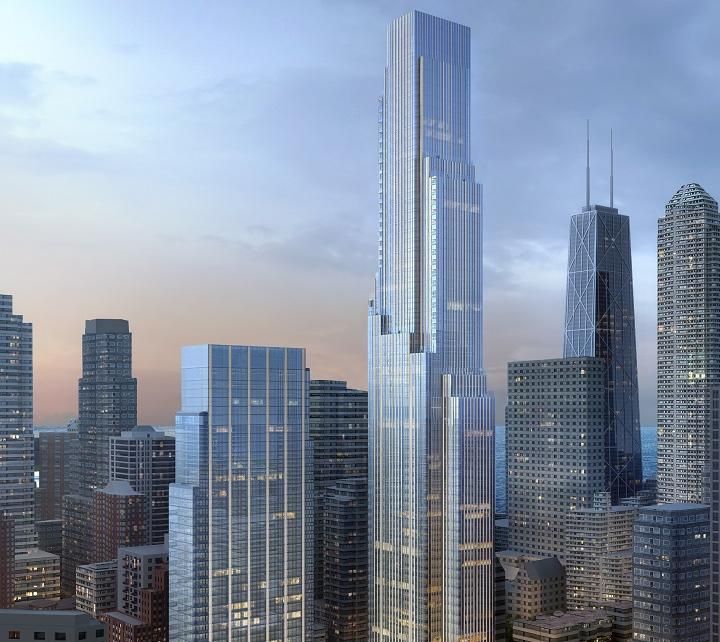 Chicago’s startup scene has grown quickly in the last 10 years. Between 2008 and 2018, according to a recent report by the Center for an Urban Future, the number of startups in Chicago increased 270%, from 908 to 3,359, the seventh-fastest growth rate in the U.S.

That will inevitably lead to more growth in its residential market. Last year broke the record for downtown apartment absorption, according to Cushman & Wakefield. More than 4,200 units were absorbed compared to about 3,600 delivered, the firm found, and another 5,000 units were under construction. This year has been more of the same.

“Many professionals are renting in the city’s dense urban areas as high costs in these neighborhoods make homeownership difficult,” according to Marcus & Millichap’s 2019 market outlook. “As a result, apartment vacancy in the city of Chicago began to improve in late 2018 at a faster rate than in the suburbs, despite elevated construction.”

Even with all the optimism that permeates many discussions of Chicago, signs of uncertainty have appeared.

Commerz Real AG’s willingness to put down $175M for Fulton West, roughly $600 per SF, could mean this year’s investment slowdown is just a temporary blip. What may be most significant is that this office property is in Fulton Market’s western portion, instead of on the east side nearer the Loop.

That suggests investors believe neighborhoods once considered remote, such as the former industrial area where Sterling Bay’s Lincoln Yards complex will rise, or the vast South Loop parcel where Related Midwest will build The 78, its mixed-use development, now have a great future, as well as the ability to attract capital. Time will tell if Commerz has company.