Lockers Can't Keep Up With The Landslide Of E-Commerce Packages 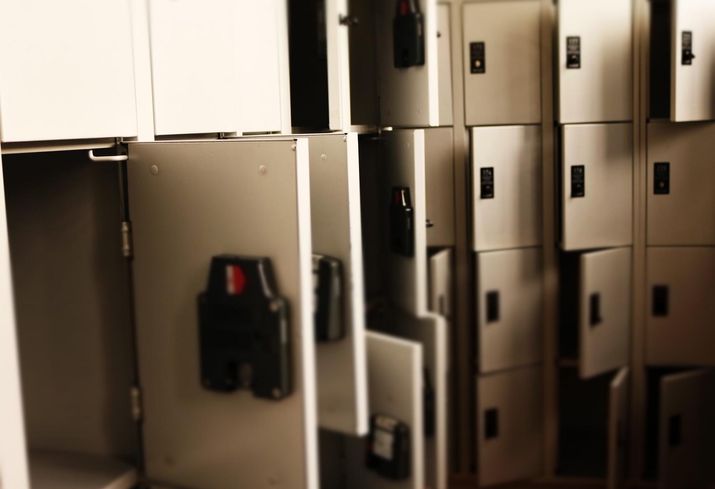 The last-mile problem has largely been solved for consumers. Within a day, UPS or Amazon can put a package on anyone’s doorstep. But sometimes instead of the doorstep, that package ends up in the bushes, or lost among a sea of boxes in a building’s leasing office. The last mile is no longer the issue. The problem now is the last 50 feet.

Multifamily and apartment buildings have been attempting to solve the disconnect between delivery and tenants by implementing digital storage lockers, which tenants can unlock with a code to retrieve their items. But in apartments, space is limited, and lockers are costly. With e-commerce growing 20% year over year, lockers are starting to look like a short-term solution to a long-term problem.

“When people are ordering Casper mattresses and 48 packs of paper towels, size and capacity constraints become a real issue,” Fetch Package head of business development Henry Talamantes said. “Even though you have lockers, these packages end up sitting in the corner of the leasing office, with your staff still having to deal with them. You end up with a partial solution.”

The central issue with lockers is that they are not scalable, he said. As e-commerce deliveries multiply, buildings will just need more renovations to add more lockers. The more lockers that get added, the less space property owners have to rent or add other amenities.

“Owners and staff are saying ‘We’re overwhelmed with packages,’ but they may not realize how much worse this problem is going to get as e-commerce grows,” Talamantes said. “The things we order online are crazy, and they’re just going to get crazier. Property managers can't just keep throwing more lockers and employees at the problem.”

Talamantes’ company, Fetch, offers a different solution. It takes delivery of all incoming packages at its local facilities, then lets tenants schedule drop-offs directly to their doors at their convenience.

While digital lockers represent a move toward impersonal delivery, Fetch has doubled down on high-touch service. And unlike lockers, Fetch does not restrict deliveries by size or volume. Talamantes said Fetch is no stranger to delivering bulky mattresses, meal kits, couches and even car tires straight to residents' front doors. 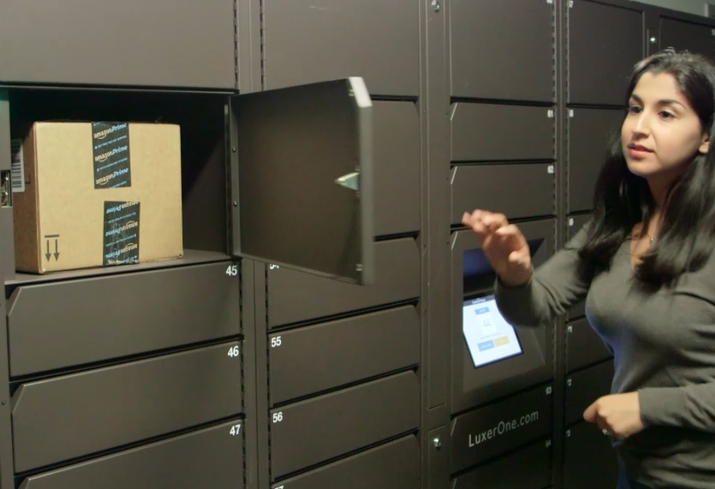 Courtesy of Luxer One
A typical package locker

In addition to saving time and effort for on-site staff, the major advantage to an offsite service like Fetch is saving space. When they eliminate cavernous package rooms or lockers, apartment owners are able to offer amenities like bike rooms, which can actually create revenue by having residents rent out storage space, Talamantes said.

While concierge delivery may seem like it is limited to luxury apartments, Talamantes said a sizable portion of Fetch's client base is large Class-B developments; these communities have been inundated with packages but don’t have the budget to renovate and add lockers.

“This is a service that every large multifamily development needs, so our portfolio is a lot more widespread than you might think,” Talamantes said. “Big properties love Fetch because it means they don’t need to renovate or hire more staff. And the buildings can typically offer Fetch as a paid, white-glove service rather than an included amenity, so they can make a little money on top of what we do.”

More than half of millennials say they would pay 20% more in rent for smart package delivery, and one study said package delivery is the second most sought-after amenity for renters. Talamantes said that buildings can give tenants what they want while actually saving money themselves.

“Every hour that a leasing agent spends rummaging through packages for residents is an hour they’re not spending giving tours, or working on marketing, which is where a building actually makes money,” Talamantes said. “Even if they miss one tour, that could be a year lease, or $15K that just walked out the door. Fetch frees them up to do what they’re actually paid to do.”

But beyond economics, Fetch also offers a dedicated customer support team for when delivery gets confusing. When packages are lost, tenants may not know where to turn or whom to call.

“Fetch knows the ins and outs of delivery,” Talamantes said. “We’ll call the retailer and the post office. We can tell when delivery companies aren’t telling the truth about where packages are. We can go to bat for our tenants, because we know how much they care about what’s in these boxes. It’s like having a private investigator for your packages.”

This feature was produced in collaboration between Bisnow Branded Content and Fetch. Bisnow news staff was not involved in the production of this content.