The city of Rowlett’s plan to develop a world-class resort, hospitality, entertainment and conference center against the backdrop of Lake Ray Hubbard is back on track with a new development partner on board. 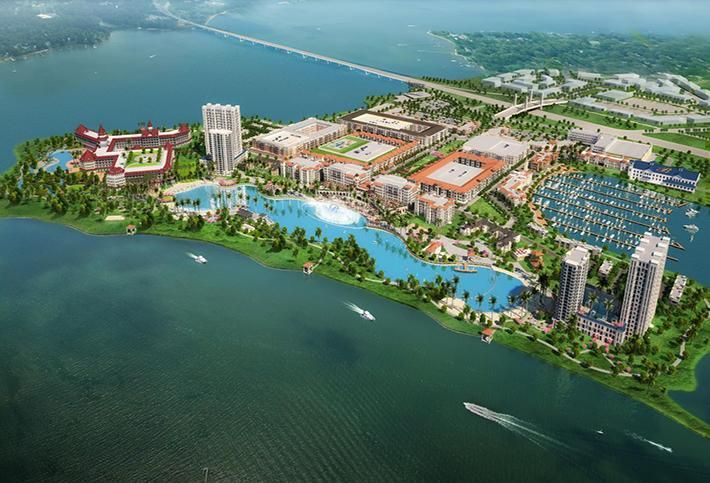 City of Rowlett
Rendering of Bayside project with Crystal Lagoon

To facilitate development of the land, the city and Sapphire Bay Land Holdings repurchased the property from Rowlett's former development partners. With that deal, the legal proceedings against Bayside ended.

“The lawsuit [filed against Bayside] will be dismissed as part of the settlement agreement for this land purchase,” Rowlett Mayor Tammy Dana-Bashian told Bisnow.

“Our goal, first and foremost, has been to facilitate development of this land in a manner that optimizes its value to the citizens of Rowlett,” Dana-Bashian said in a statement. “And we have. Sapphire Bay absolutely accomplishes this goal. The Rowlett City Council has been steadfast in upholding our community’s vision; this is a one-of-a-kind property and we made a commitment to get it right. In conjunction with our new development partner, we will be able to hold fast to our commitment to develop the unique destination that Rowlett citizens deserve.”

Rowlett envisions Sapphire Bay as a national destination for businesses and vacationing families.

The city and Sapphire Bay Land Holdings plan to create a destination amenitized with a Crystal Lagoon, an island entertainment feature, a synchronized water and video show, a world-class resort and conference center, a marina and a Surf and Beach Club.

This detailed vision caused friction between the city and its former development partner, Bayside.

The parties ended up in litigation in 2017 with Rowlett alleging Bayside defaulted on its development agreement by attempting to eliminate the lagoon feature, show fountain and a trolley from the plans.

The city also alleged Bayside attempted to cut back on planned entertainment, restaurant and retail developments, while increasing land designated for residential development.

The public and private entities reached a deal to terminate their relationship, allowing the city to choose another partner to develop the land originally envisioned as the $1B Bayside development.