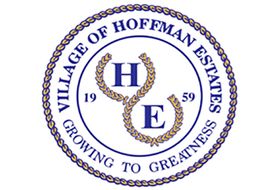 Bell Works Chicagoland, a new downtown hub for the Village of Hoffman Estates, has opened its doors. Dubbed a “Metroburb,” the project from Somerset Development is transforming a vacant 1.6M SF campus previously occupied by AT&T into a mixed-use district featuring office, retail and residential accommodations. Bell Works Chicagoland will act as a central space for the community to come together, a dedicated area that locals say has been absent since the Village of Hoffman Estates was established in 1959.

“Our residents have never had a traditional main street to enjoy,” Village of Hoffman Estates Director of Economic Development Kevin Kramer said. “We’re excited for a range of generations to call Bell Works Chicagoland home. Residents will be able to enjoy downtown amenities an elevator ride away. Especially with our climate, our indoor town square makes it convenient to host farmers markets and events on our new ‘main street.’”

A bedroom community on the outskirts of Chicago, Hoffman Estates is less than one hour from the Loop and within a few minutes of O’Hare International Airport. The village is bisected by Interstate 90 and has always lacked a proper main street, a popular gathering space that features a central square, family-owned shops and watering holes.

Many of the suburbs around Chicago have played host to expansive commercial developments belonging to some of the nation’s biggest companies, and Hoffman Estates is no different. AmeriTech chose the village for its regional headquarters in 1991, constructing a 1.2M SF building, then later expanding for a total of 1.6M SF, rivaling other major suburban campuses in Chicagoland for companies like Sears, McDonald’s and Motorola.

Fast forward to 2016, and the sprawling campus was suddenly empty.

With only a few years until the space became unoccupied, members of the REIT and the Village of Hoffman Estate discussed dozens of possible options for repurposing the 1.6M SF campus. Early suggestions included housing the world’s largest indoor auto mall, a university with student housing and a huge retail mall. Because the space was initially designed for a single occupant, elements like the HVAC and electrical systems were all integrated into a single system.

“Ultimately, the owner believed that it was more viable and feasible to keep the space as an office for a single tenant,” Kramer said. “They tried to find new tenants, but we had a feeling that one or two large corporations were unlikely to relocate to this facility.”

The Village of Hoffman Estates would soon discover that the vacancy was ideal for Somerset Development’s newest concept: the “Metroburb.” Kramer initially met the firm’s president at an industry event in May 2017. When the Village of Hoffman Estates pitched the former AT&T campus as a home for the next Bell Works site a month later, Somerset Development President Ralph Zucker was instantly inspired.

“Ralph was sold on the idea of a metropolis in suburbia,” Kramer said. “He had a vision immediately after viewing photographs of the campus, then came out to the site and solidified it. Tearing down the building was a last resort, so the Village shared his excitement in redesigning and redeveloping the space to better serve our community.”

Somerset built its first Metroburb, Bell Works, in Holmdel, New Jersey, transforming the former 2M SF campus of Bell Labs into a lively center of commerce, business and entertainment. Both the term and concept were crafted by Somerset Development to define a space where the amenities of a metropolis converge with the lifestyle needs of suburban residents. The Metroburb reimagines a former corporate campus within a suburban area as a site for mixed-use development.

Bell Works Chicagoland, alongside the original Bell Works New Jersey, provides a model for the transformation and revitalization of similar vacant spaces around the country. While the concept and components of a Metroburb rely on the reimagining and redevelopment of existing buildings, all future Bell Works projects will be unique. Factors such as climate, location and culture will influence every element of the next Metroburbs, creating spaces that cater to the needs and desires of the community.

By November 2019, three years after AT&T left the space, construction on the Chicago Metroburb began. CPA Advisors Group and a Fairgrounds Coffee kiosk were the first two tenants of the new Bell Works Chicagoland when it officially opened in December.

Though only half of the space has been remodeled, the plans for Bell Works Chicagoland include office, retail, restaurant, residential and other business development. Nearly 550 townhomes and apartments will be constructed on the periphery of the site facing the forest preserve. The large, open atrium will have fully furnished office spaces, coworking space, shops, eateries and public gathering spaces.

“Bell Works Chicagoland has all of the amenities found in a trophy asset, including executive parking, outdoor space, 24-hour security and a fitness center,” Colliers International principal Steve Kling said. “There is nothing like Bell Works in suburban Chicago, and the Metroburb will always be unique as it continues to evolve around the lives it serves.”

Although the coronavirus pandemic slowed construction, Somerset Development saw the crisis as an opportunity to integrate a wide range of features designed to preserve health and promote social distancing, such as installing automated entryways and bathroom faucets.

“There is an abundance of bright, airy space, allowing us to safely bring the community together,” Zucker said. “Bell Works Chicagoland is a place where a wide range of workspaces can thrive alongside new places to live, shop and entertain.”

The Village of Hoffman Estates hopes that the residential element of Bell Works Chicagoland will act as a transitional home for young families who aren’t ready for the full suburban lifestyle. With diverse, inclusive amenities throughout the space, the Metroburb aims to provide urban conveniences in a suburban location.

“It’s incredibly gratifying to give new life to a place that has meant so much to so many people throughout the region,” Zucker said. “We’re offering residents and businesses the ability to forge connections and build community closer to their homes without sacrificing the much-desired urban convenience of a great downtown.”

This article was produced in collaboration between Village of Hoffman Estates and Studio B. Bisnow news staff was not involved in the production of this content.