As Transit-Oriented Development Makes Suburbs Easier To Get To, Result Is Mini Cities

There is a common thread signifying change in Charlotte's center city and suburban neighborhoods alike: transit. With that comes transit-oriented development, including record-breaking construction along the city’s Lynx Blue Line light rail.

“How many people thought we’d be here 10 years ago with regards to transit-oriented development?” JLL Director of Research Paul Hendershot asked a group of industry leaders last week at Bisnow’s State of the Market event at 300 South Brevard, one of Uptown’s newly renovated office towers at Third Street Station.

In the last cycle, the suburban market was often overlooked, Hendershot said. “Everyone thought the millennials were basically going to take over, all live in downtown high-rises, ride fixie bicycles and drink craft beer forever,” he said. “But they’re essentially aging out. They’re looking to the suburbs to raise families and basically — grow up.”

With the latest Lynx Blue Line Extension set to open March 16, record-breaking construction is popping up along the line north of Center City in Optimist Park, NoDa, Sugar Creek and University City.

“It really is a testament to the growth of the city and the ability to get things done,” Hendershot said.

Crescent Communities President of Commercial and Mixed Use Brian Leary said TOD is a uniquely tangible investment when compared to something fluid, like the stock market.

“With a look toward the TOD side, a lot of that has to do with characteristics of a site that can’t change. If you think about transit, particularly rail transit or some higher technology transit, you can’t move it very easily,” he said.

Charlotte has a head start on Nashville and Raleigh when it comes to the light rail system, Leary said, but he suggested the city look for inspiration in similarly sized city Denver, which is building out hundreds of miles of transit and has a low unemployment rate.

“Typically our business is right of center politically, and as you go right of center, transit becomes a four-letter word,” Leary said. “It should really move out of the political standpoint.”

Instead of a political issue, transit should be considered a focus of infrastructure and mobility, he said.

Roads themselves may at some point be reprioritized, Bellwether Enterprise co-Director of Southeast Region Cooper Willis said.

North Carolina’s miles of rural roads require expensive upkeep, he said, and as technology advances, it may no longer make sense to continue to maintain them.

“You’re already seeing a mass exodus out of the small towns into urban areas,” Willis said. “Building critical mass, it really is going to transform the city and provide a place where people really want to live and congregate. As things get more expensive, this is going to be more and more important.”

Urban in the burbs

University City Partners Executive Director Darlene Heater said in her discussions with major employers in University City, the question is about how to create livable communities in the suburbs.

“We’ve got to find a way to create ‘urban in the burbs,'” she said.

Millennials want to move into spaces that accommodate marriage and future children, she said, but also they want spaces that are walkable, where they can live, work, dine and play.

About 80,000 people work in Research Park in University City, Heater said. “We’ve been very focused on building housing next to our workplace.” In addition to future Crescent Communities multifamily rentals, 400-600 townhomes are being planned for the area.

“How do we do a better job of marketing live-work-play?” she said. “It’s not easy to transform suburban into urban.”

The light rail extension has already transformed, and will continue to transform, University City, Heater said. UNC Charlotte’s 30,000 students will have transit passes included with tuition. Plans for areas around the stations are being developed rapidly: J.W. Clay Boulevard Station calls for 2,500 new housing units, 1M SF of office space and reorienting big-box retail in favor of neighborhood retail with a stroll street and a student Main Street.

“It’s a remarkable opportunity,” she said. “It’s going to call for redevelopment at the sites, which is going to take a bit longer.”

Walkability to retail is one thing, but in some suburbs, just the visibility and convenience of having retail close is enough — even if shoppers still drive to get there, Proffitt Dixon Partners Managing Principal Stuart Proffitt said.

In Matthews, for example, drivers can appreciate convenient access to commutes via U.S. 74, Proffitt said.

In Ballantyne, suburban living can look like sharing living space with an office park, such as apartments near Toringdon, with an Earth Fare across the street.

Post-crisis, everyone thought millennials wanted to live in sky rises in the city, Pender Capital co-founder and Managing Director Zach Murphy said. “What we didn’t think about was millennials generally, at that point in their timeline, couldn’t afford to live in high-rise paying $2,500/month for a one-bedroom.”

The result is an influx of a pop-up of micro-cities, suburban cities outside of an urban core. Jobs, transit, experiential retail and housing are all close by.

“What we’re seeing that’s interesting is mini cities in what 10 years ago would have been considered outskirts of the city, creating little pockets of urban living,” Murphy said.

Charlotte has made its mistakes

Charlotte is still “woefully behind” other cities, Leary said.

“We can’t have TOD without T. We checked a little box on that. We have no plan and no funding for anything after the train running to UNCC.”

This stuff does not happen overnight, he said.

“Then you look at the development side, this year we’re going to open the line to UNCC. Transit doesn’t work without the D. You can’t move that train; it’s there,” Leary said. Now the areas along the rail line need density, a mix of uses and a mixed-income housing plan to go along with that billion-dollar investment.

Here is where Charlotte went wrong, Leary said: “We should have gone up the Blue Line to the North and upzoned at every station. You could have even architecturally prescribed some kind of quality,” he said. “Maybe you could say ‘no more beige’; everyone wants to beat us up over beige.” 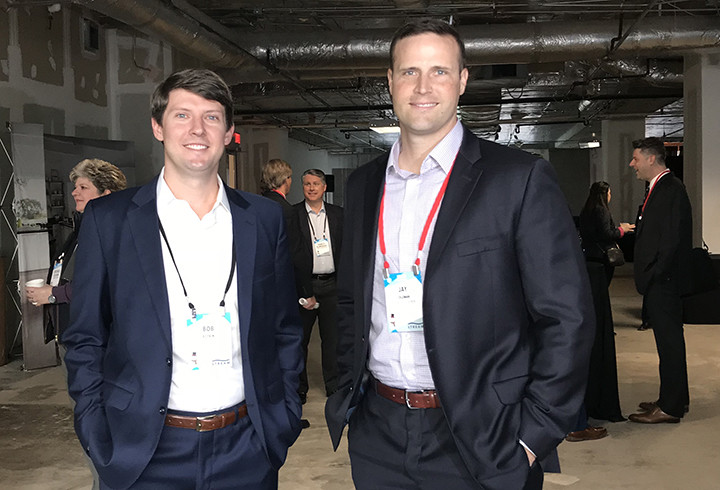