For Buildings, 5G Will Require An Integrated Ecosystem Of Different Technologies 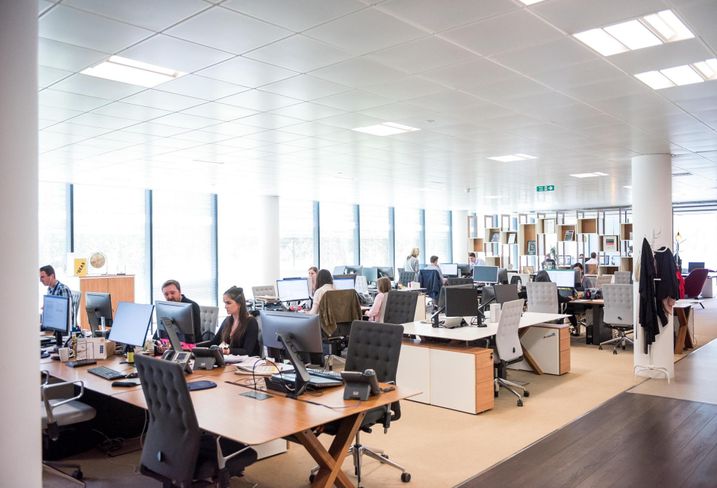 There is a traffic jam threatening building owners across the country, but it isn’t in the streets. It is on the wireless networks that run through their buildings.

Every time a worker brings a phone, computer, tablet or other wireless device into a building, another vehicle joins the traffic jam. If building owners don’t update their wireless infrastructure, that signal inside their buildings will slow to a crawl.

Increasingly, building owners and their advisers are banking not just on a single technology to alleviate this traffic jam, but on a whole host of technologies, from cellular networks to new iterations of WiFi and next-generation fiber connections. Each of these technologies can add new channels to route data and information, helping building owners deliver a superior tenant experience while cutting costs.

“What we need to create is not just a single type of prescribed coverage solution but a whole connectivity ecosystem,” said Jeremy Edalgo, business development director for wireless at McKinstry, a Seattle-based construction and engineering company. “There is a need for multiple layers of wireless infrastructure to accommodate all the incoming traffic.”

Edalgo, who consults with developers and building owners on their goals and needs for connectivity, said his clients are primarily concerned with the simple questions of tenant satisfaction and safety. They want to make sure every part of a building offers strong cellular reception and internet access, and that all occupants feel confident in their ability to contact 911 in case of an emergency.

But actually creating that environment in a building laden with connected devices is not so simple. While some building owners may have invested in little more than a beefed-up WiFi network, they will need to offer a bevy of different technologies to satisfy increasing demand for bandwidth and data.

Some relief will come in the form of the next generation of WiFi, known as WiFi 6, which will be able to handle more information per second than the current iteration. The adaptation of commercial cellular networks for indoor use will also help to shoulder the burden of so many connected devices, and these networks are being designed and deployed with public safety and the FCC's Enhanced 911 rules in mind, Edalgo said.

Building owners may also work to offload some of their occupants’ data demands onto private LTE networks, either on wavelengths they have licensed from commercial carriers or on the newly available Citizens Broadband Radio Service spectrum, known as CBRS, which is now available for public use. 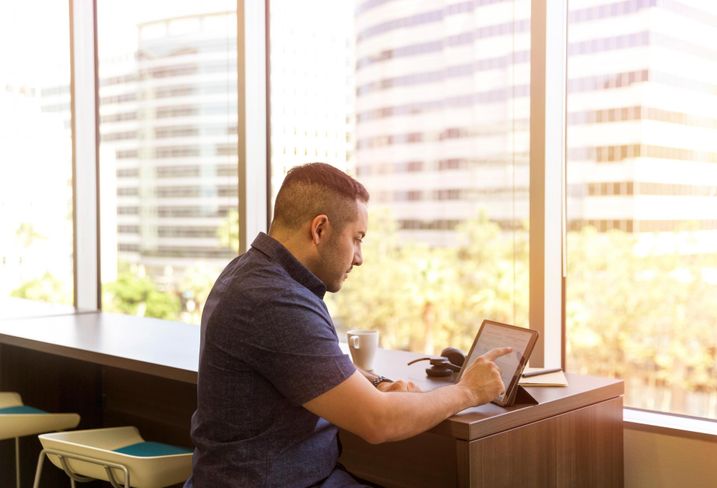 “These disparate networks are all going to have to share network infrastructure that evolves and grows with the building itself,” said Louis Levy, managing director for wireless at McKinstry. “What we’re discussing with building owners is how to combine all those networks into future-friendly models that can survive the disruption the industry will face going forward.”

To support these networks, developers and owners will need to take a proactive stance toward their wireless infrastructure, Levy said, replacing outdated wiring with bundles of optical fiber and even installing distributed antenna systems, which can boost wireless reception throughout a building.

Having an ecosystem of connective technologies will help building owners manage the coming demand for bandwidth — whenever one system is overtaxed, it can shunt requests over to another system. Occupants can switch seamlessly from one system to another as they move throughout a building. That sort of redundancy can eliminate dropped calls and make for a heightened tenant experience.

But once their basic connectivity needs have been met, Edalgo said, developers and building owners tend to ask about how they can monetize the networks they have built.

“They’re wondering, ‘If I have wireless connectivity throughout my building, can I leverage it for cost savings?’” Edalgo said. “Many of those use cases are going to come through sensors, real-time data collection and the Internet of Things.”

When they go about replacing and improving their wireless infrastructure, many developers are choosing to also install sensors, often battery-powered, which can track the performance of HVAC systems and tenant usage throughout the building. These sensors are part of the ever-growing Internet of Things, and run on the building’s existing wireless systems.

The data collected from these sensors can help building owners draw down their utility costs and make the most of their amenity spaces, providing an addition to the return on investment they will see by having stronger connectivity than their competitors.

“This is really the future of what great connectivity will provide for buildings,” Edalgo said. “Connectivity is absolutely essential; it is no longer a nice-to-have. If building owners don’t have a plan for the future now, they need to come up with a plan immediately.”

This feature was produced by Bisnow Branded Content in collaboration with T-Mobile Build Your Own Coverage. Bisnow news staff was not involved in the production of this content.

T-Mobile Build Your Own Coverage
In today’s connected world, mobile connectivity is an essential need in buildings — just like electrical outlets and plumbing. This means that for buildings and facilities of all kinds and sizes, building owners, operators and commercial developers are investing in their own wireless infrastructure. But meeting the aesthetic and operational needs of venues, while simultaneously achieving optimal wireless connectivity and network design, is challenging. This is where T-Mobile’s Build Your Own Coverage (BYOC) program can help. Our BYOC team removes building professionals’ pain points and streamlines the technology deployment process.
Confirmed! You are subscribed to the Bisnow Boston E-Newsletter.
Bisnow Boston Newsletter
Bisnow Boston Newsletter