We're intensely curious about commercial real estate. If this were high school, we'd definitely get beat up. But now we're all adults. And we're here to help you be curious (and nerd out) about real estate. Want to know about the hottest new developer in Brooklyn? We got you! Up late wondering if 3D printing building materials actually works? We get it.

Our journalists write about all this, but we also love to meet people just like you, so we produce hundreds of commercial real estate conferences where we network, talk shop, and listen to the bigwigs in our space.

Give us your email address and first born. In return, we’ll dish out a daily email about the hottest trends, transactions, personalities, and happenings in your metro area.

#1 Ranked News Source According to Our Fanclub

Broke 1 Billion In RevenuE give or take a few million 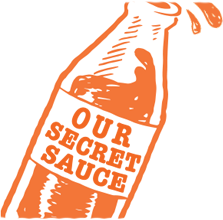 We tell stories about people, as humanizing business is our passion.

We value your time more than Trump values publicity.
Our news is brief and our events return you to the office by 10AM.

Like the scoop from your next-door neighbor, our scoop is localized to your market and its surrounding neighborhoods.

So that you can connect names to faces, our content is picture heavy.

“What can a trade publication do to make the industry more fun, not to mention stand out from competitors? Two words: jet packs.”

Ishaan was raised in Orlando,FL and moved to the amazing city of Miami to attend Florida International University. He quickly fell in love with the cities thriving real estate market. After undergrad, he worked at Marcus & Millichap as an investment sales analyst and decided to pursue a Masters in Real Estate. After graduating, he became a senior financial analyst and underwrote around $200m worth of commercial real estate across various asset types. With that same love and passion for CRE he dived into his next opportunity at Ten-X CRE as a client manager, successfully managing over 85+ deals for buyers and sellers on the online auction based platform. Ishaan is a huge sports fan and loves Basketball, Tennis, and Golf.

A graduate of GW (assuming its officials still haven't uncovered the mistake), Mike has worked at many trades: Event planner, bartender, accountant, delivery boy for the Washington Post, and a US-Russian affairs analyst. He even built and managed a local laundry service that’s still around (as much of his personal laundry also appears to be). Mike follows current events, dining and beverage trends, and all other aspects of modern urban life related to food. He loves everything about Washington, although we have not yet had the heart to tell him it is not on a beach.

Stephanie joined our NYC office after spending her first three years of post-grad in DC, working for the pro soccer team DC United. Prior to that, she played four years of college ball at UMBC in Baltimore. Having grown up in Maryland, moving to NYC was always a dream. With a strong competitive background, and a knack for sales, Stephanie led our inside sales team to victory in 2018 before moving to Los Angeles to assist with our expansion across Southern California.

Lloyd was raised in the city of Seattle near the downtown area. Developing his technical skills as a web developer at Washington State University, he learned how to incorporate his Bachelor's degree in digital technology to manage different project types, while also using 3D modeling software to design different construction plans in commercial real estate. As he navigated the technical field completing different projects, he decided to direct his attention back to commercial real estate at Bisnow. When Lloyd is not working, he is playing the cello, designing, or learning more about development in the technical space.

Mike Guimond was born and raised in New York City and plans on never leaving. Jokes: upon gaining admittance to New York University, Mike decided it was time to leave the nest and spend his freshman year abroad in Florence, Italy. An amazing experience, he spent only one year back in the Big Apple before returning to Europe to spend his junior year abroad in Berlin, Germany. With so many of his friends joking about his foreseeable ex-pat status in the future, Mike worked in our DC office for a year before deciding to relocate to Los Angeles to manage Bisnow's SoCal Operations.

Christie was born on the Gold Coast and raised in Sydney, Australia. Miraculously, she survived both the snakes and spiders. A graduate of the University of New South Wales, Christie spent much of her misguided youth wandering the world, looking for adventure. Then she moved to Texas. A self-proclaimed science fiction nerd, sleep connoisseur and dinosaur enthusiast, Christie has been known to keep a folder of carefully-selected memes on her desktop (in case of emergencies). She has also been known to prefer the company of household pets at parties. Since relocating to Houston, Christie has developed a love for the US National Parks system and is quite obsessed with venturing out to hike, camp and explore as many as possible. Her current favorite is Canyonlands National Park, chiefly because it looks like another planet. When she is not watching YouTube videos of friendly belugas (or other sea creatures; she does not discriminate), Christie can be found lurking in a bookshop – usually in the aisle with the books about spaceships.

“Bisnow has spent the last eight years putting humor and fun at the core of its b-to-b media model - and has grown rapidly.”