Northwest Houston Looks To Build On What 290 Will Offer

Once Northwest Houston's burden to bear, U.S. Highway 290 is being turned into its biggest asset. Now local leaders are looking at ways to leverage the improved infrastructure as TxDOT nears completion on the highway.

"I can't imagine a project with more of an impact than 290 has on this area," Near Northwest District Board Member and Houston Mayor Sylvester Turner's Chief of Staff Marvalette Hunter said.

Hunter grew up in Northwest Houston and lives there now. Since 2011, she has watched as TxDOT worked to transform one of Houston's most congested highways. For things to get better, they had to get worse. Northwest Houston has been plagued by six years of freeway closings, lane changes and narrow stretches.

The crowd at Bisnow's Northwest Houston State of the Market erupted in applause when TxDOT Houston District Engineer Quincy Allen said the 290 project will be functionally complete in this calendar year. Allen said crews are working seven days a week to get the job done.

"[Growth] all starts with infrastructure, it's a pain to go through the changes," Avison Young principal Darrell Betts said. "But once it's established, things become self-evolving."

Betts is betting on the change, having sold 11 buildings in the Northwest Houston submarket in recent years. Good infrastructure and room for growth have Betts thinking Northwest Houston is positioned like Bellaire was in the 1990s.

"In five years you're going to wish you were in this market," Betts said. "This is where the value is. It's where Bellaire was."

With 11 lanes, including a reversible HOV lane, from Loop 610 to Texas 6, and nine lanes from Texas 6 to Waller County, one of Houston's most constrained-movement areas is transforming into one of its most open.

With crucial infrastructure improvements falling into place, the focus of the area is turning toward rebranding.

"When you say Northwest Houston, some people think about Spring, some think about 290, some are thinking TC Jester in the Inner Loop. The area needs a tighter definition," New Regional Planning CEO Blake Tartt III said.

Tartt said while improved infrastructure is a huge piece of the puzzle, good infrastructure and affordability do not create demand. For that, Northwest Houston must focus on its schools and continue to clean up the area's crime.

"You've got to be able to educate well, that's why people move to the suburbs," Tartt said.

Residential development is being driven by master planned communities, like Bridgeland, which has seen a 23% increase in sales year over year, according to The Howard Hughes Corp. Vice President of Master Planned Communities Heath Melton. Melton expects that pace to accelerate with the completion of 290.

"As soon as the 290 expansion gets wrapped up, our biggest headache will go away," Melton said.

From a commercial development perspective, the challenge is that millennials moving into the suburbs are used to the retail and restaurants they have in urban environments like The Heights, according to Caldwell Cos. Executive Vice President Peter Barnhart.

Caldwell is working to define Northwest Houston’s identity with projects like The Boardwalk at Towne Lake that also appeal to the type of placemaking for millennials Barnhart talked about. Caldwell also debuted Work Well, a co-working space at Highway 290 and FM 1960 in the heart of Cy-Fair.

Kyle Hagerty, Bisnow
The crowd at Bisnow's Northwest Houston State Of The Market

Betts said as Houston's hot Inner Loop neighborhoods like The Galleria and The Heights continue to grow, they are expanding toward Northwest Houston, fueling the area's growth.

"Businesses in those areas will come for the simple reason of cost," Betts said. "I'd be looking at this area. You're' saving 33% on your rent and your employers are close to the suburban communities they live in."

For more photos from the event, click the slideshow below. 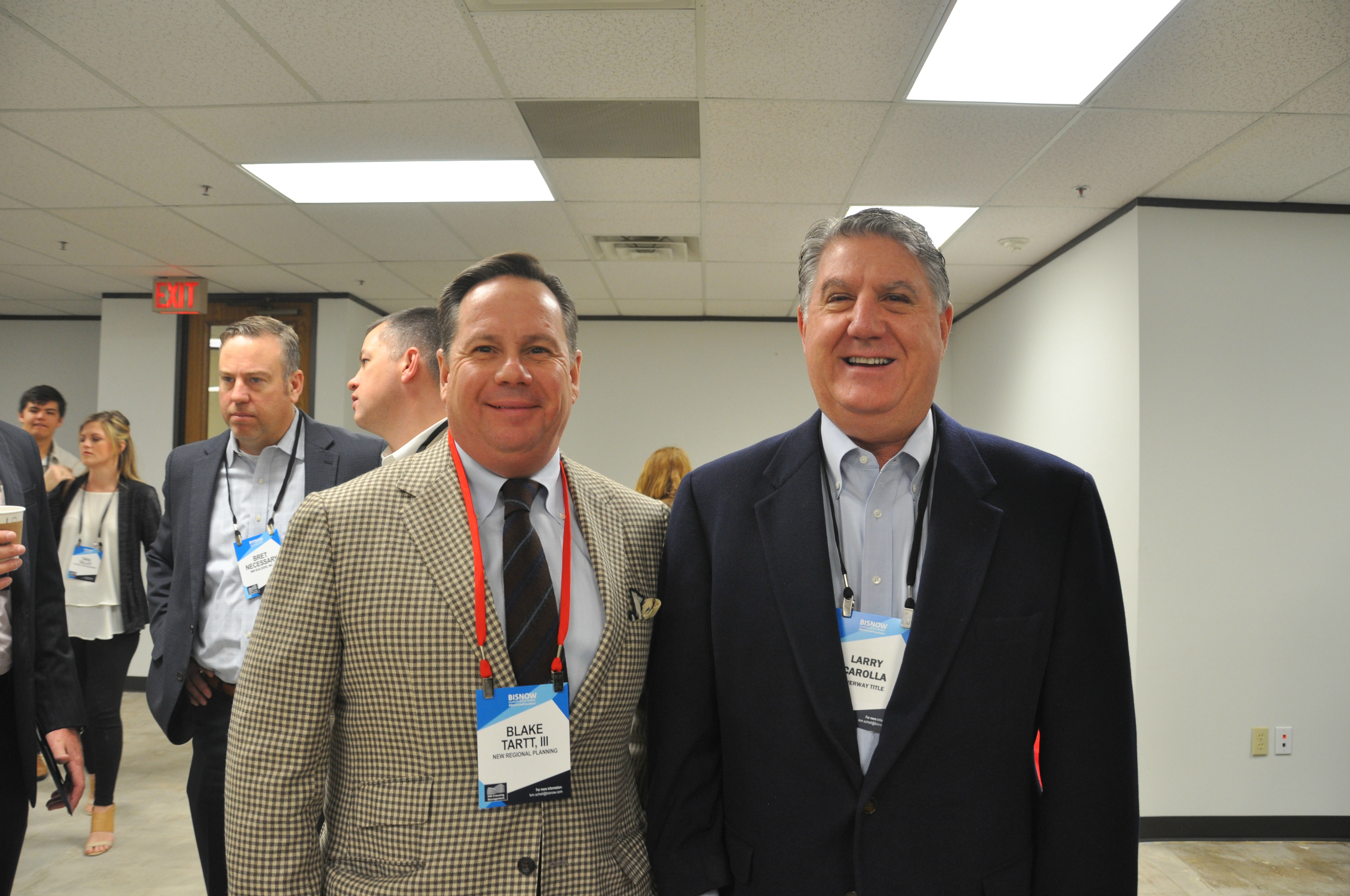