The River Oaks District celebrated its grand opening this month, and project architect Gensler’s Brooks Howell, walked us through the six-block development to show the strategy and design features that they believe will make the unique mixed-use development thrive.

Brooks—far right on-site with Gensler’s Lisa Pope-Westerman, Peter Merwin and Duncan Paterson—tells us one of the most important features that determine the success of a mixed-use project is sizing and spacing. Gensler (which handled ROD’s master plan, architectural design, documentation for Kiton, Cartier, Brunello Cucinelli,  and interior design for de Boulle) and developer Oliver McMillan spent a lot of time researching the right size and planning out the spaces between buildings and the street scale. (Brooks says they can be even more important than the stores themselves sometimes.) That includes narrow drives through the project, which quells traffic, and only a few interior parking spaces so people feel safe walking. It’s also important for people to be able to see storefronts on both sides of the street, so they’ll cross to shop. 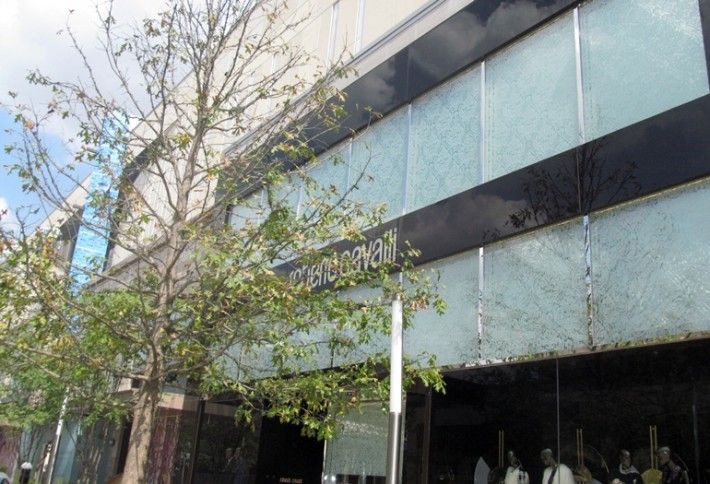 The buildings themselves are simple, Brooks says. They use similar neutral stones (natural Texas materials) in between the storefronts, which gives elegance and consistency to the project. Tenants did their own dynamic and interesting storefronts and two-story shops like Roberto Cavalli’s (here) spread their unique designs farther along the building. 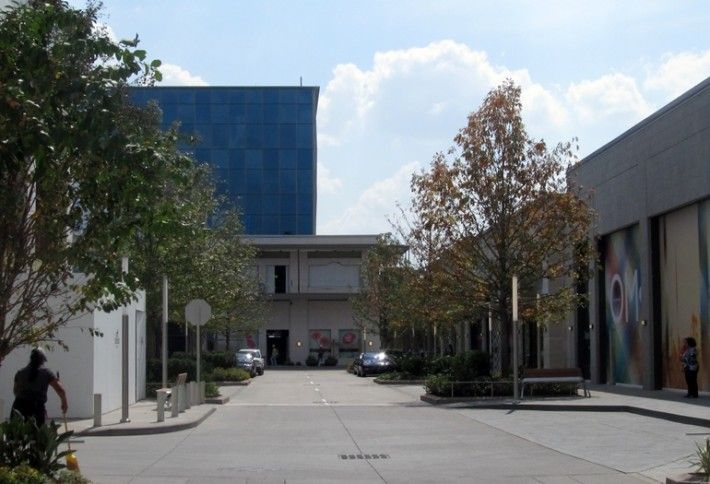 Each building has a distinct look at the ground level which may change in levels above, a technique the team carefully planned.  Here’s an example—a very traditional office building on top of a very traditional retail building. Gensler principal Duncan Paterson (design director for ROD) says each building and each block was designed to be different to give the project the appearance it evolved over time. 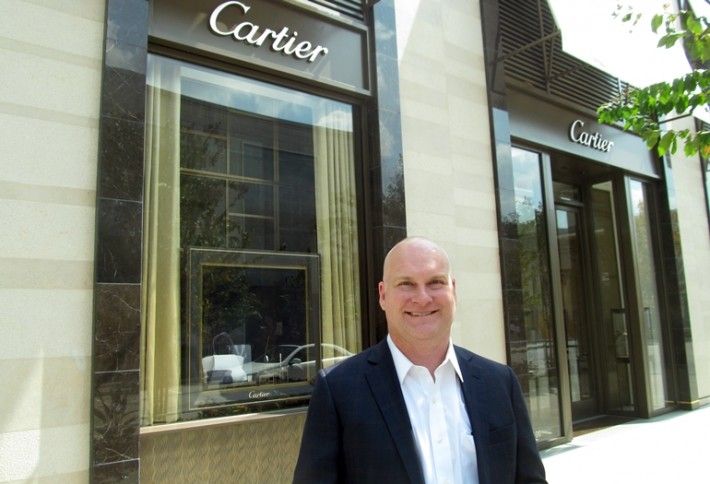 Brooks says most Houston stores are a few typical sizes, and Oliver McMillan did everything but that. Some stores are abnormally large, like the two-story shops that you couldn’t find anywhere else. (Dior, Cartier and Hermès are in some of those spaces.) But then shops go down to 500 SF, which is ideal for brands that have until now been stores-within-stores, like Neiman Marcus, and are opening their first standalone shops in the metro. OliverMcMillan wanted to build facilities that suit exactly what retailers need, allowing them to take smaller spaces and do more expensive build-outs. 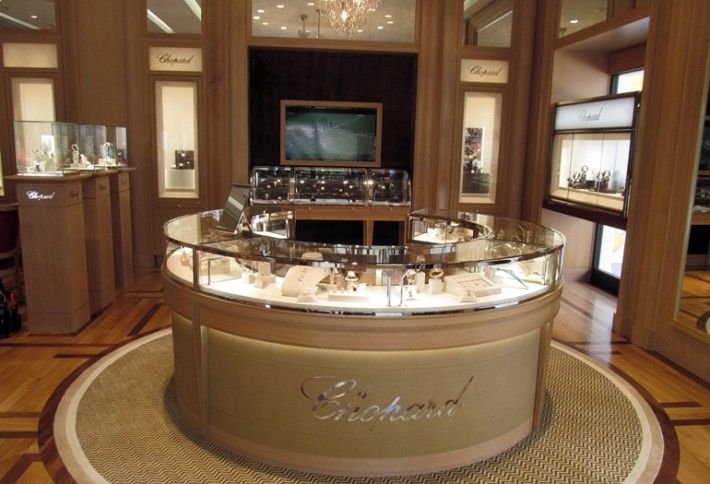 Chopard is an example of that—this 1,230 SF store is the brand’s third-largest in the US (of seven total), but it couldn’t have found a space this small in the Galleria. Until now, Chopard hasn’t had a Houston boutique; you had to go to Neiman Marcus or Zadok Jewelers to get it. 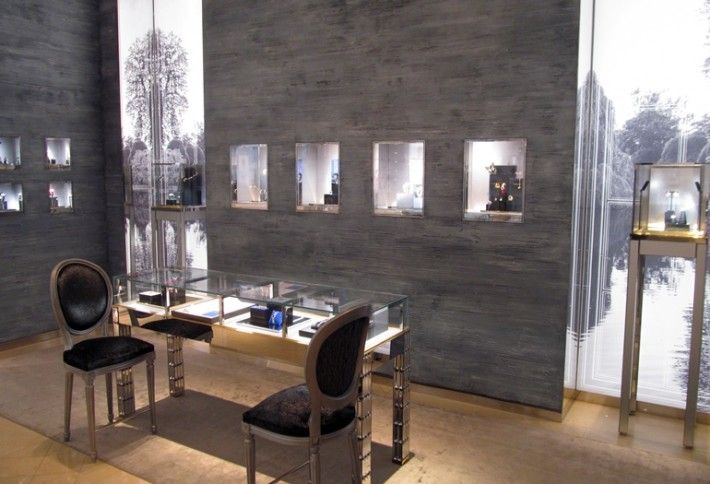 OliverMcMillan did custom build-outs for retailers, sometimes changing things dramatically mid-construction to suit a tenant. (In one case, it stopped development to move steel columns.) That helps these brands create a destination and gives them a presence they don’t get anywhere else. Dior is a good example; it built a second floor VIP space and each part of its interior is done by a different internationally acclaimed designer. We snapped part of Dior’s first floor here; Italian artisans flew in to hand-press the plaster. 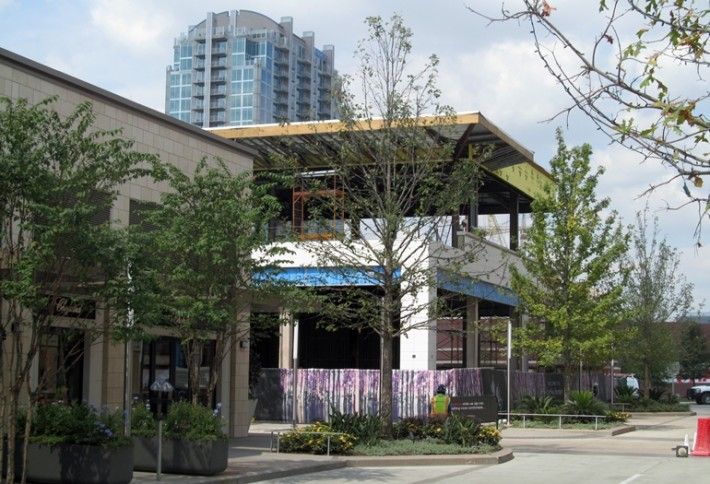 Here’s another example of customization: Building H isn’t complete yet, because a tenant signed on for the space but wanted a second floor, so design was altered mid-construction to go to two stories. Hermès got something special, too: Since it was the first tenant signed, it got its own second-floor parking area next to the shop. Brooks says OliverMcMillan isn’t worried about the customization creating problems for potentially re-tenanting down the road; it’s worth it to give generous TI and do major changes to the structures because it attracts the highest-caliber tenants and highest-caliber rents. 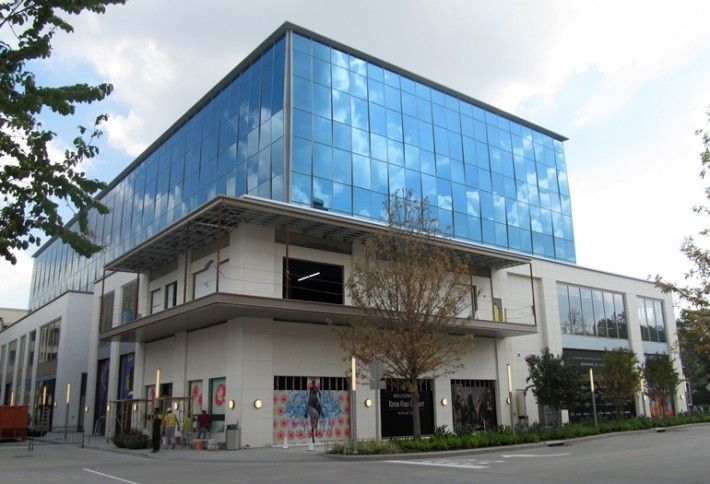 The office building is supposed to draw your eye, so the curtainwall undulates. Duncan tells us it diffuses light, creating a shimmering effect in the sunlight and reducing glare, which is more sustainable. It’s conceived as a jewel on top of the two-story retail building, and Duncan says it has views in all four directions. It features slightly larger floor-to-floor heights than other properties in the market, and two lobbies: one on Westheimer and one facing into the ROD. Demand has been huge for the office space (Gensler is designing 1.5 floors for US Capital Advisors), so it will be a big driver of Phase 2. Phase 2 has just begun conceptual design, Brooks tells us, and office and hotel will be major components, but ROD will remain retail-driven. 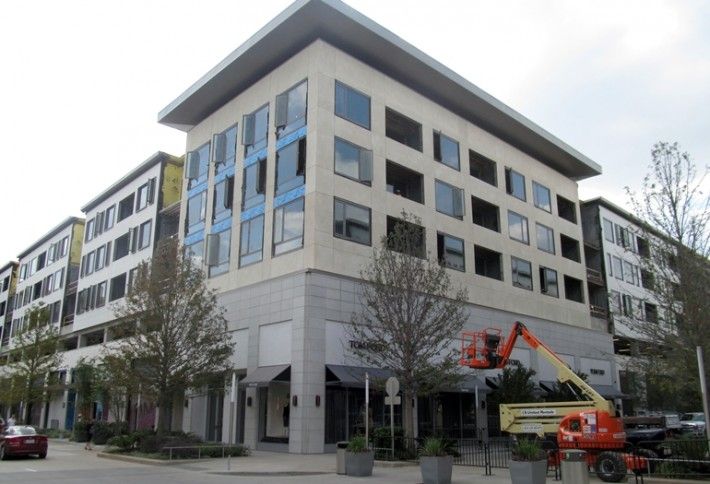 One challenge to these contained mixed-use projects is that all four sides of buildings are open to the eye and will have people walking by. That means everything has to be appealing, there are no back doors, and you can’t have visible loading docks or utilities. 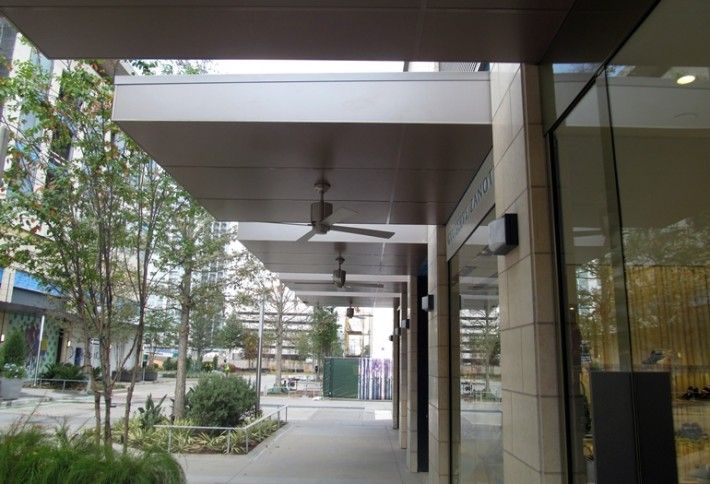 A successful pedestrian-oriented project in Houston has to consider the heat; OliverMcMillan built canopies throughout the project (most of which have fans), and it paid a premium to move mature trees into the development for further shade. It handpicked specific trees years in advance. 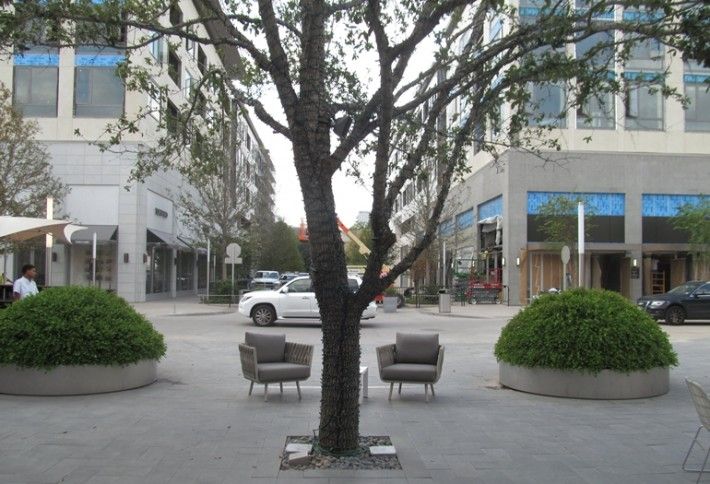 Here’s one of those specially chosen trees. At its feet (in a central plaza) is a stone engraved to commemorate the grand opening Oct. 1. Circulation is another key to any mixed-use project’s success: ROD benefited from a $19M 380 Agreement from the city, which provided a sales tax rebate for infrastructure improvements. That includes extending roads, which added access and improved flow through the project. 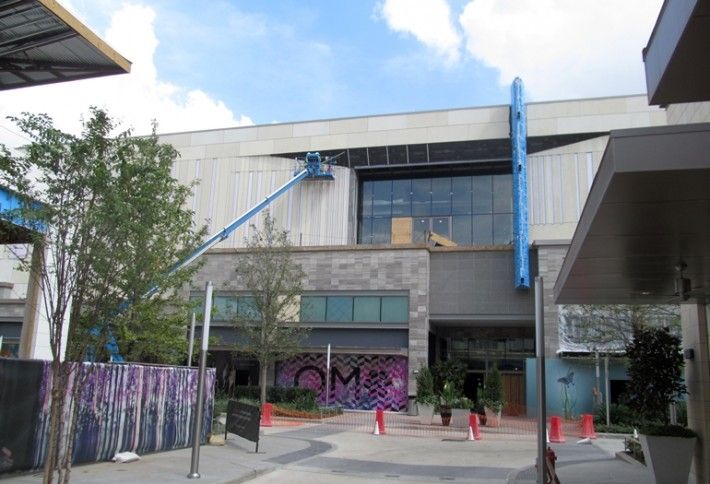 Here’s iPic, a luxury movie theater that will have eight screens and 560 seats. It’s slated to open in early November. iPic CEO Hamid Hashemi has said he’s wanted into Houston for a while (it’s got one theater each in Dallas and Austin) but was waiting for the right location. 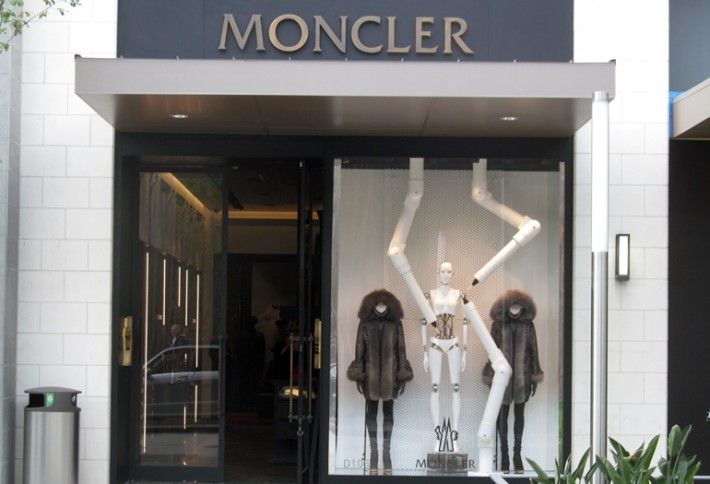 And last but not least, Moncler has its futuristic robot storefront set up, and fur coats ready to go for today’s frigid 93 degree temps.