Texas could soon add state incentives on top of the federal ones in opportunity zones.

House Bill 1000, dubbed the Texas Rural and Opportunity Zone Jobs Act, calls for the creation of a state-regulated fund to spur capital investment and job growth in rural communities and qualified opportunity zones. It would provide $35M in insurance tax credits to funds in return for economic stimulus and job creation.

It is the most active of the four opportunity zone-related bills filed in Texas this legislative session. The House bill overwhelmingly passed (115-22) on the final vote Tuesday. 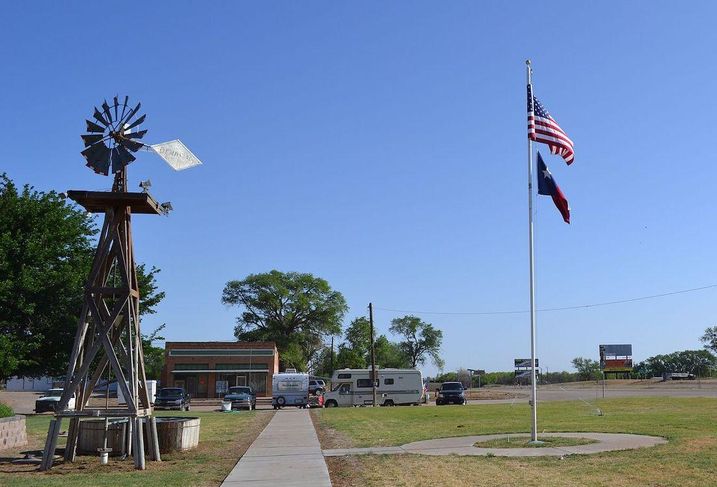 "[HB 1000] will be good for economic growth within rural communities that usually do not see it," Texas Association of Business Senior Vice President of Government Affairs James Hines said. "It keeps us competitive. There are some parts of rural Texas that are not seeing the economic growth like cities like Austin and Dallas."

The Texas Rural and Opportunity Zone Jobs Act seeks to provide a boost to rural Texas, a area that has historically been skipped over in other economic development programs, Hines said. The focus on rural communities is one reason the bill has strong nonpartisan support.

The target is to invest 65% in rural Texas and 35% in non-rural opportunity zones.

Under the bill filed by Rep. Chris Paddie (R-Marshall), private funds with past investment experience in rural communities or small businesses can apply to the Texas Governor's Economic Development and Tourism Office as rural and opportunity zone funds.

The funds raise money from a combination of Texas insurance companies and other private investors, according to a flyer produced by Grow Rural TX Jobs. The funds can invest and lend to small businesses to meet job creation and retention targets. Accountability is measured by annual reports on investment and employment, community and social impact. Private investors see returns only after job targets are met, or the fund pays penalties to the state. Incentives are clawed back unless all money is invested in Texas within three years.

The economic development office would be allowed to allocate up to $35M in insurance premium tax credits in each calendar year, according to the bill's fiscal note. The office would provide a tax credit certificate to each approved investor. 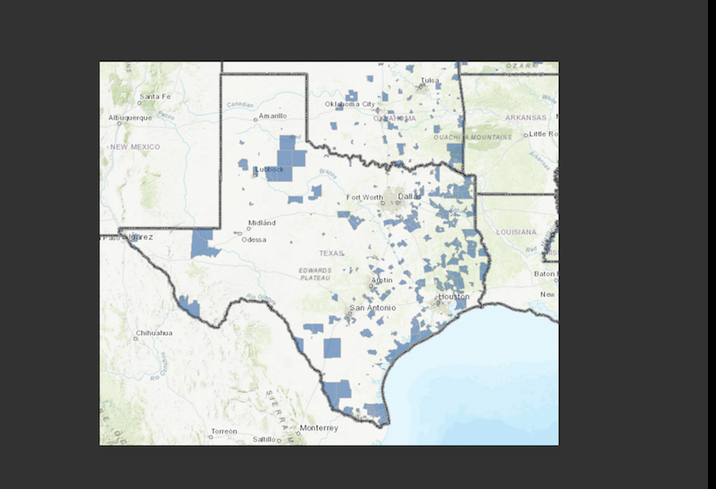 Husch Blackwell partner Robert Eckels, who is working with opportunity zone funds, said the program uses a similar approach at the state level as the federal New Market Tax Credits program. The federal program incentivizes community development and economic growth through tax credits that attract private investment to distressed communities, according to the U.S. Department of the Treasury.

Since HB 1000 has passed the House, bill supporters expect Senate Bill 826, a companion bill that was heard in the Business and Commerce committee in March, will be pushed through the committee and sent to the Senate floor. The bill would take effect on Sept. 1, and the office would begin to accept applications by Jan. 1.

“The Texas Rural and Opportunity Zone Jobs Act is the right thing to do for Texas,” Sen. Kelly Hancock (R-North Richland Hills), the author of SB 826, said in a release. “Across our great state, businesses in rural areas and distressed communities don’t have enough access to private sector capital to grow, strengthen local economies, and provide good quality jobs. This bill unlocks that opportunity, without [the] government picking winners and losers in private industry and provides greater economic security for all Texans."

Who is in favor and who is against?

Supporters of the Texas Rural and Opportunity Zone Jobs Act believe it will spark investment in rural communities and further incentivize the federal opportunity zone program.

"Texas has been a magnet for growth nationally and competes very favorably for investment," said Eckels, a former Harris County judge and state representative. "This ability will only strengthen by providing these incentives." 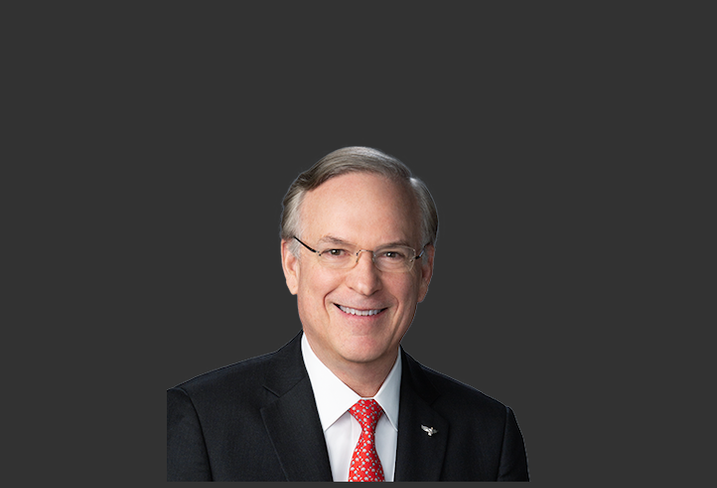 However, not all parties are on board for this bill. The Center for Public Policy Priorities called it another wasteful tax giveaway.

"One-quarter of the lost revenue would come from the Foundation School Fund, the majority source of support for our public schools," Senior Fiscal Analyst Dick Lavine wrote in a release. "Since approval for credits is on a first come, first served basis, the state cannot reject an applicant for any reason other than not meeting these narrow criteria."

He said only a handful of firms can even compete for these credits, due to what he called "oddly specific requirements" for certification. As written, the bill requires companies to have either a rural business investment or small-business investment certification to receive tax credits. He also noted the bill does not contain specific minimum targets for the number of jobs or the wages companies will offer. Such minimum goals are required in other tax break programs. Clawback provisions are also too limited, he said.

"The Legislature can more efficiently and directly aid rural areas and other struggling communities across Texas by increasing Medicaid reimbursement rates for hospitals and nursing homes, as well as boosting school-finance assistance to small school districts and those with a large proportion of students from low-income families," he wrote. "Lawmakers should reject HB 1000." 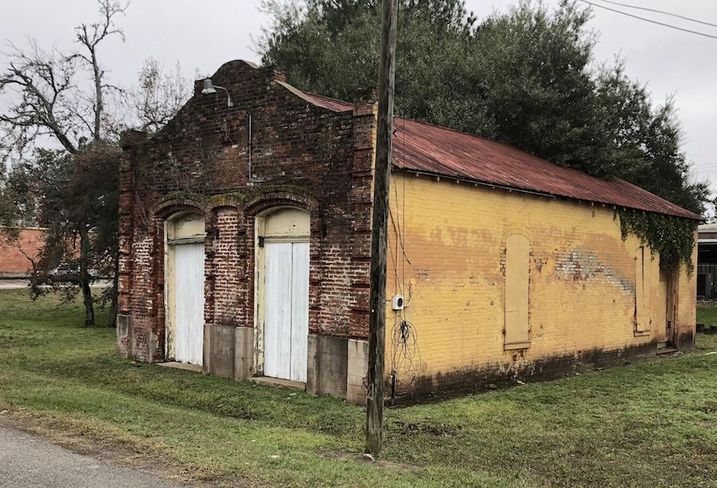 In partnership with the opportunity zone program, House Bill 2397 would provide a state-level tax credit to spur development in economically disadvantaged areas. The bill provides a tax credit to build or equip facilities and reduces the franchise tax, a tax applied to most businesses operating in the state.

“It is a double bonus,” said Rep. Travis Clardy (R-Nacogdoches), the author of HB 2397. “It seems like a great way to leverage off a federal program to make economic opportunity zones more attractive. It will be a powerful combination to have investments in locations that need stimulus and more growth potential.”

Similar to the Texas Rural and Opportunity Fund Act, HB 2397 proposes the use of a tax credit to incentivize development in opportunity zones. But HB 2397 applies the franchise tax credit and sales tax rebate directly to the investment and does not create a fund, Eckels said. Since the bill calls for a direct refund, Eckels said it will be more expensive to execute and less likely to pass.

One benefit for the bill is that the franchise tax, a significant portion of the state's general fund, is widely unpopular.

“It has not performed the way it was designed to and results in inequities," Clardy said. "It has the dubious distinction of being the least favored tax on our books. As a conservative, Republican state, we generally don’t like taxes to begin with. We have tried to eliminate the franchise tax since I took office in 2013. This seems like a natural progression of that.”

The bill was referred to the House Ways and Means committee, which conducted a public hearing in early April. The bill was still pending in the committee as of press time.

The minor change to include opportunity zones within the guidelines of the enterprise zone program will encourage job growth in distressed communities, Eckels said. The bill was sent to the Senate Natural Resources and Economic Development committee in mid-March. No other action had occurred by press time.

Commercial real estate experts will discuss the potential of opportunity zones in Houston during the Houston State of the Market event on May 1.