A striking transformation is on the way for Palace Bowling Lanes in Houston. 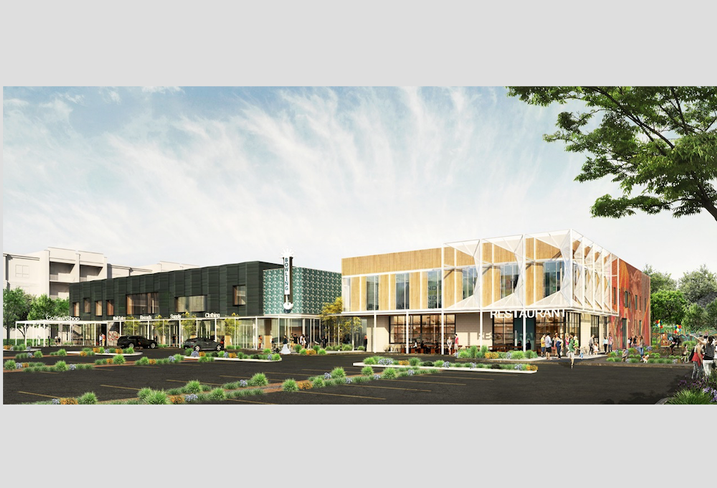 “Out of all of the uses our team explored during the redevelopment process, the best, and not necessarily most economical, was to preserve the building and bring back family entertainment and other amenities that the community so desires,” Triple Crown Investments Managing Partner John Morton said.

The first floor will have 10K SF of retail and 30K SF of entertainment/retail space. The top floor will accommodate 40K SF of office and medical offices.

While redevelopment projects are on the rise within the Inner Loop, developers may still face some challenges. The original roof structure is too low for today's office market demands, Arch-Con Senior Vice President Marc MacConnell said. The construction crew will replace with columns to increase the height of the roof by about four feet.

Michael Hsu and architect of record Tramonte + Johnson Architects will design the property. 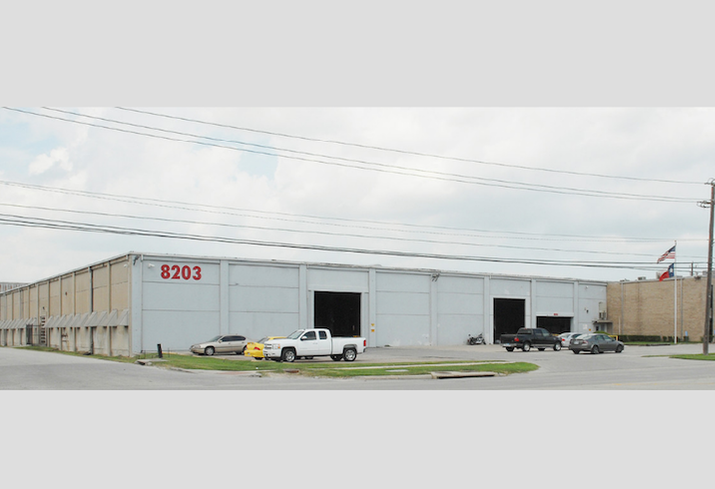 Jim Brown was named CEO of North Cypress Medical Center. He previously served as a chief development officer for the Gulf Coast Division and joined the company in February 2017.

GAIA Real Estate and its partners Menora Mivtachim Insurance and Grand China Fund sold five properties in Houston. The assets include The Veranda at Centerfield, Club at Copperleaf, Lighthouse at Willowbrook, Villas at Coronado and Enclave at Mary’s Creek in Pearland. 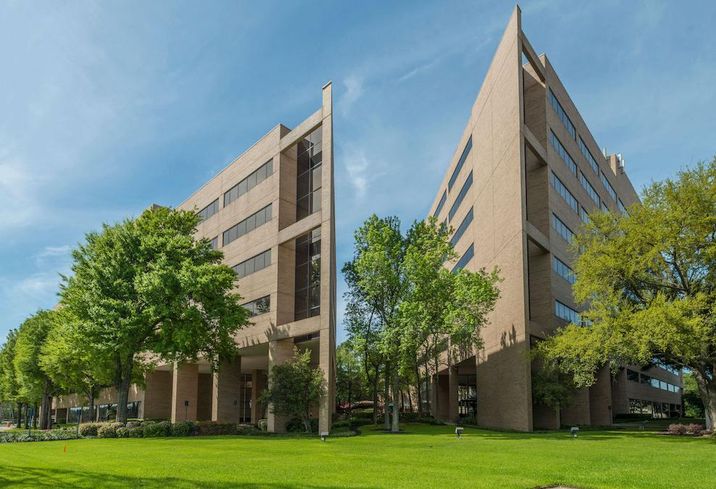 SMA Solutions, a global provider of IT and business automation solutions, signed a lease for 26K SF at Gateway II at 15333 JFK Blvd. in Houston. This deal will relocate and expand SMA’s headquarters from Humble. PMRG's Wade Bowlin, Marci Phillips and Angelina Hsieh represented the landlord.

Old Navy inked a 12,500 SF deal at Brazos Town Center in Rosenberg. NewQuest Properties will break ground soon on a new building — on a vacant tract tucked between Kohl’s and Gordmans in Phase 1 of the development — to be completed in February. Old Navy is planning to open in the spring. NewQuests’ Bob Conwell and Austen Baldridge represented the developer. Edge Realty Partners’ Culver Stedman represented the tenant.

Netherlands-based Akzo Nobel NV leased 232K SF at 4111 Malone Drive in Bayport North. This location will serve as a hub for all the company’s marine and protective coatings warehouses. Palmer Logistics operates the new facility.

CNS-Houston LLC signed a 16K lease for a full floor at 253 Medical Center Blvd. in Webster. 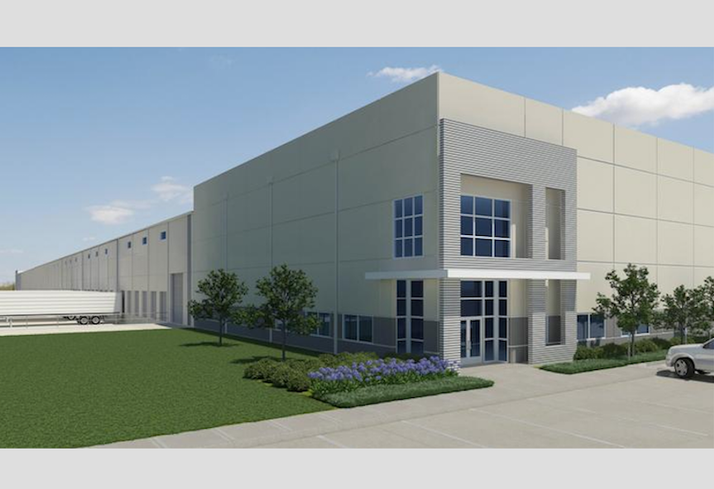 LMI Capital arranged the financing for three apartments assets in the Spring Branch and Garden Oaks neighborhoods. The multifamily loans provide a three-year, interest-only period along with rehab proceeds to accommodate the borrowers’ renovation plans for these value-add plays. LMI Captial’s Brandon Brown and Jamie Mullin represented the borrowers.

LMI Capital closed on the financing of four multifamily acquisitions throughout southeast Texas. The first deal was a $9.5M loan for a 170-unit asset in Brazoria County, the second for a 100-unit asset in Jefferson County, the third a five-year fixed-rate loan for a 20-unit property in Galveston County and lastly a $6.1M loan on a 150-unit in Brazoria County. LMI Capital’s Brandon Brown, Kurt Dennis and Jamie Safier represented the borrowers.

Tarantino Properties purchased Ascension on the Bayou, a newly built, 280-unit luxury multifamily community at 150 West Sam Houston Parkway in Houston. HFF secured financing for the owner with a 10-year acquisition loan with a fixed interest rate of 4.43% with six years of interest-only payments. The complex was completed in 2017. Colliers International’s Teresa Lowery represented the seller. HFF’s Cortney Cole and Sterling Curry represented the borrower. 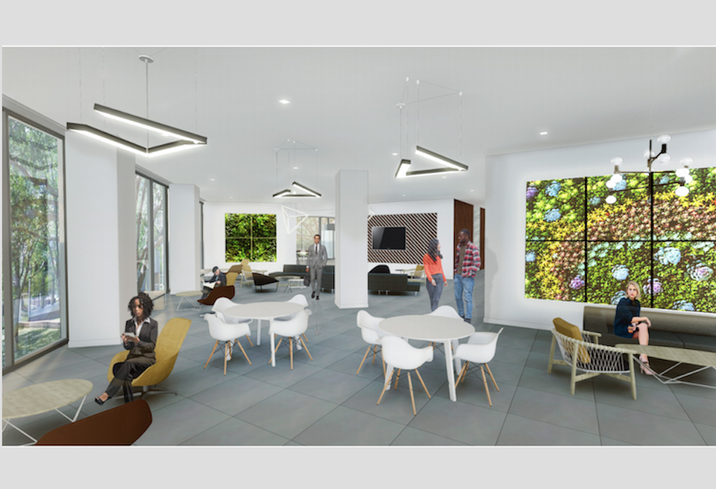 Liberty Property Trust broke ground on a 657K SF distribution center for Conn’s HomePlus at 1401 Rankin Drive in North Houston. The development will serve as a warehouse, distribution center, clearance and customer pick-up center. The project is slated to be completed in Q2 2019.

Fort Bend County Public Transportation broke ground on a new administration and operations facility in Rosenberg. The new 20-acre location will consolidate all three of the county’s facilities into one near the Fort Bend County Fairgrounds. The project will include an 18K SF office facility, a 29K SF maintenance facility for bus service and repair, a bus wash and a fueling station. The $21M construction project is scheduled to completed by fall 2019.

Enterprise Products Partners started construction of an ethylene export terminal at its Morgan’s Point facility on the Houston Ship Channel. The terminal will have the ability to export 2.2 billion pounds of ethylene a year. Ethylene is a building block for the production of plastics. Operations are set to start in late 2019.

James Henrie was promoted to chief operating officer at Land Tejas, a Houston-based firm. He joined the company in 2001 as a project manager overseeing larger master-planned communities, including Canyon Lakes West in Cypress. He most recently served as director of land acquisition and development. In his new role, he will be responsible for the company’s growth, operations, sales and marketing activities.

Melanie Mangel was promoted to chief financial officer at Land Tejas. Since joining the company in 2005, she has served as the company’s controller with direct responsibility for all accounting, land transactions, cash management and office management. In her new role, she will also be in charge of all financial planning, financial reporting and banking relations.

Trinity Church will host the celebration of life for Daniel Barnum, known as the Mayor of Midtown for his urbanization efforts in the area, on Friday. The church is at 1015 Holman St.

Barnum, who died Aug. 15, served as a chair of the research foundation of Houston Tomorrow and attended regular breakfast discussions of the Houston transit coalition until his death. In lieu of flowers, it is requested donations be made to the Trinity Church Endowment Fund, the Rice University School of Architecture or the charity of your choice.