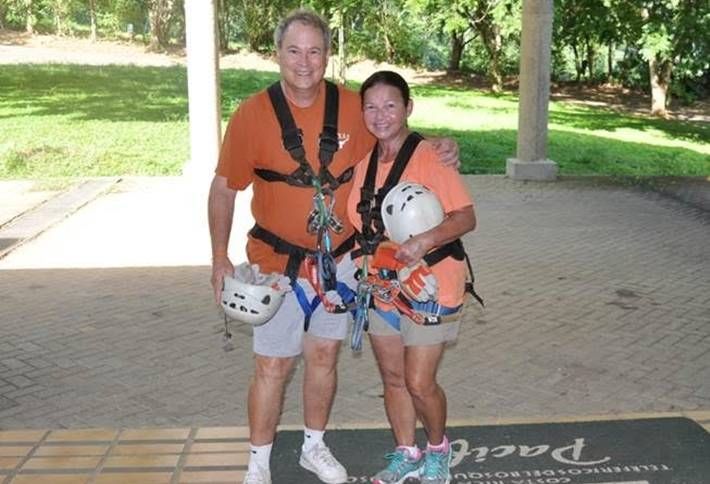 Courtesy of Abe Goren
Wilson Cribbs + Goren founding shareholder Abe Goren and his wife, Dollie, preparing to do some ziplining in Costa Rica.

Before Harvey, the industry was set to have a productive year, he said. But instead of finishing strong, there was a six-week hiatus of work and productivity. This year has had similar numbers to 2017 without the weather-related setbacks.

"We had nothing that shocked the market," Goren said. There also were no local or federal government regulations that caused a downward dip in the industry.

Multifamily and the hotel industry both had to adjust this year to accommodate for the bullish activity post-storm, and the market (and experts in it) had to learn some lessons.

While ongoing concerns circle around the fluctuating price of oil and rising interest rates, industry leaders still have a positive outlook, he said. For the upcoming year, things need to stay the same or change steadily to keep Houston on track. The market is not prepared to withstand a dramatic change in those key fundamentals.

Goren is less worried about oil than he used to be — the diversification of the local economy has reduced some of oil's impact on Houston CRE, he said. Houston experienced job growth even during the downturn and is expected to keep up this trend into 2019.

"Although the price of oil is influential in Houston, Texas and this region, it is not [as] impactful as it used to be," Goren said. "When oil dropped a few years ago, we lost quite a few jobs. This last trend when oil dropped we didn't have the same dramatic effect we had several years ago. "