Tunnels have been a mainstay of Downtown Houston for decades, and each new office tower has made sure to plug in to its lifeline.

But Jon Pickard, the world-renowned designer behind many of Houston's most iconic office properties, thinks it is time to let the tunnels die.

Initially built in the 1960s to combat Houston’s humid weather, the air-conditioned tunnel system connects many of the major office buildings in the downtown area. It also features dining and shopping options, allowing office workers to completely avoid the elements. 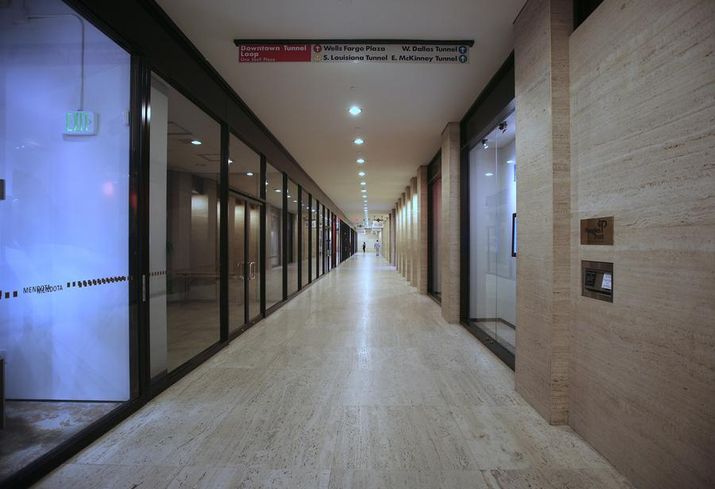 And that, Pickard says, is the problem.

“It has truly, I think, been a disservice because you have all that energy down there, and there’s no energy on the street,” said Pickard, who is a principal at architecture firm Pickard Chilton.

Some efforts have been made to make the tunnel system more appealing. The Bank of America Tower, designed by Gensler and developed by Skanska, features a two-level, open-air lobby that exposes the underground tunnel system and connects the street level to retail and dining.

While such projects have a pleasing effect, Pickard is concerned they won’t solve the bigger issue.

“Making the tunnels a more compelling environment is actually going to be counterproductive to the real mission, which is to give vitality to the street.”

Pickard is unapologetic when it comes to his stance on abandoning the tunnels. But he is typically a fan of preserving older architecture that has value.

Houston has a reputation for aggressively demolishing older buildings in favor of erecting new ones. Pickard believes attitudes are beginning to shift, where developers and investors are thinking about the long-term use of their projects.

The idea of longevity can be linked to sustainability. By making buildings enjoyable, treasured and timeless, they are more likely to survive the test of time, limiting the need to demolish and rebuild yet again.

“More than ever, I think people are going to really scrutinize — should that building come down?” Pickard said.

A lack of zoning restrictions has also made Houston an attractive prospect to developers, who face major regulatory hurdles in other cities.

“There are other places where it is so hard. It’s not that the communities aren’t well-intended, but they just put up so many roadblocks,” Pickard said.

Houston, on the other hand, has an attitude of willingness that he finds refreshing.

“Why do I love Houston? There is an openness, people are candid, honest and can-do.” 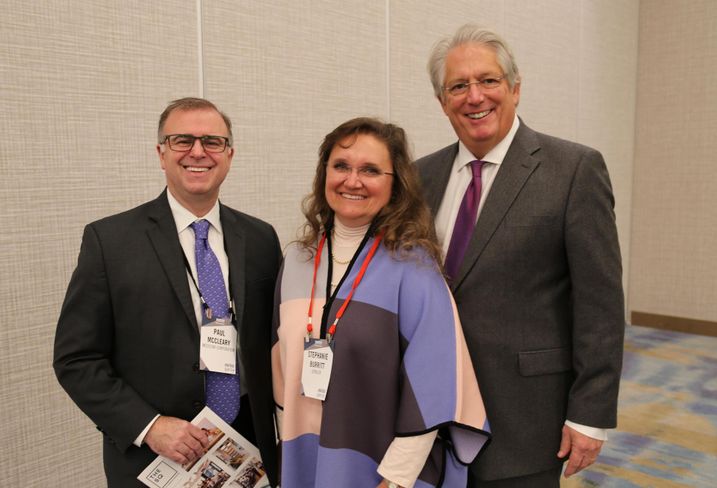 That willingness to approve large-scale developments has led to Pickard’s firm taking on several projects in the greater Houston area over the years, including the BG Group Place building, 609 Main, the Amergy Tower, the BHP Billiton Tower and the ExxonMobil campus.

Pickard is working on two new projects in Houston. The first is Hewlett Packard Enterprise’s new headquarters in the master-planned community of Springwood Village, located just south of The Woodlands.

The second project, called The RO, has been designed in partnership with Transwestern. The mixed-use development will include office space, multifamily housing, hotel rooms and retail, and will be located on the corner of Buffalo Speedway and West Alabama, inside the 610 loop.

So what does Pickard think the future of Houston look like? In a single word: great.

Pickard points to the active efforts to bring in some of the best architects and designers in the country. He is also confident that issues like flooding and mass transit will eventually be resolved, though it could take time.

“There are a lot of forward-leaning individuals and corporations, but they need to keep at it.”

There is no doubt in his mind that the future of design and architecture in Houston is bright. And changes are already coming — it is simply a matter of pace.

“Houston, you can say that with conviction,” Pickard said.