Private equity real estate funds have reeled in huge sums of cash in recent years. And, so far, those windfalls show no sign of slowing — even amid endless talk of a downturn and intense competition for appealing deals. 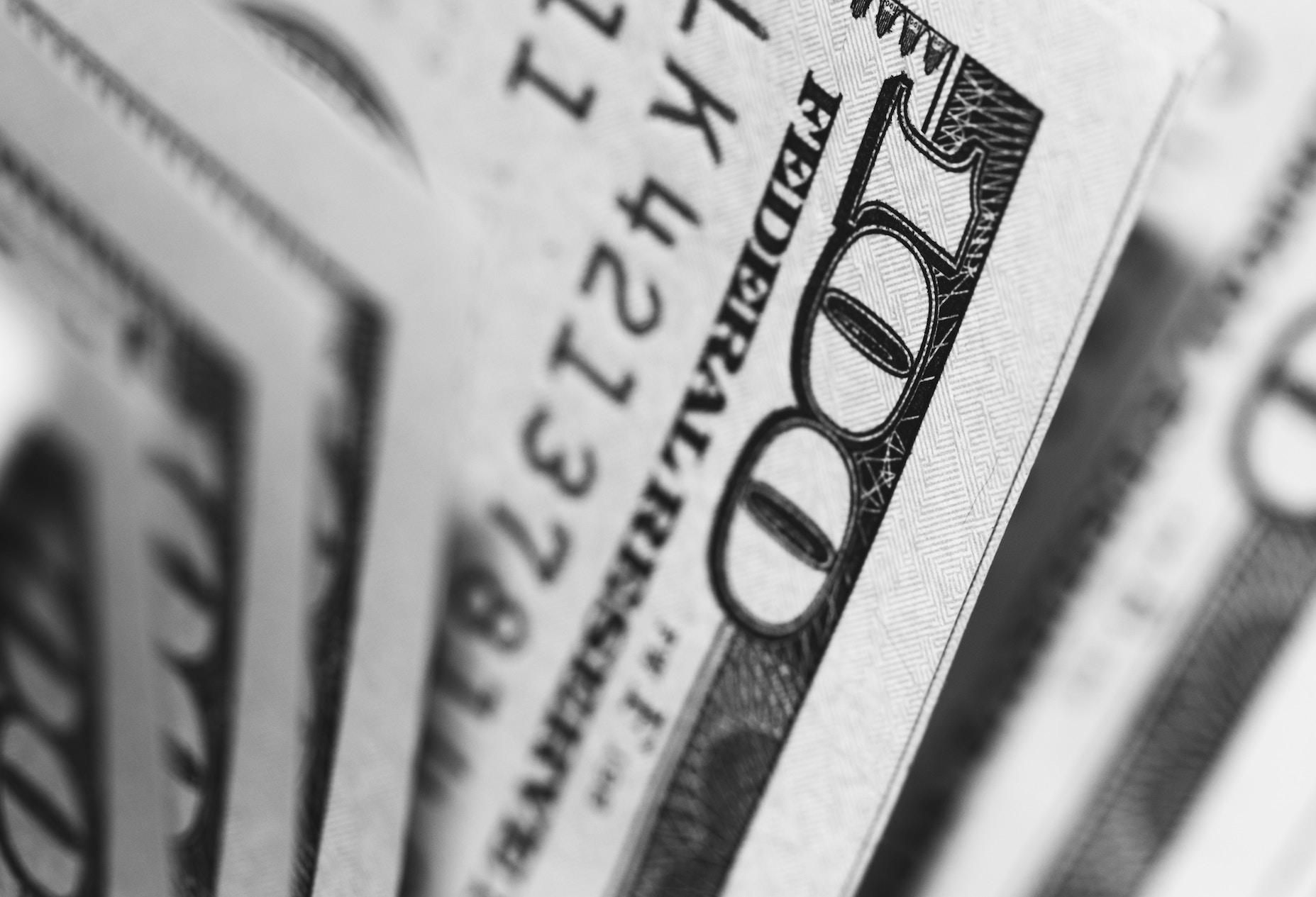 Photo by Pepi Stojanovski on Unsplash

During the first quarter of 2019, a total of $39B was raised from investors for private real estate around the world, according to figures released last week by research firm Preqin. That’s $8B more than the previous quarter, and it is in line with big raises over the last few years.

There is now significant amount of capital committed that is waiting to be deployed — some $338B of dry powder as of April — and fundraising has continued in rather grand proportions.

Blackstone Asset Management, for example, is said to be close to raising a $20B property fund, its biggest yet. Brookfield put a bow on a $15B fund in January. But as investors have continued to allocate hefty sums for real estate, the deals that have delivered stellar returns in recent years are increasingly harder to come by.

Fund managers are being forced to dig in, looking beyond the horizon to secondary markets for investments within previously niche assets like co-living, student housing, senior housing and single-family rental housing — both to ensure returns and to catch investors’ attention.

“The reality is we have a lot of dry powder out there because people have raised money based on historical market flows. But right now, I would say deal volumes are low,” said GreenOak Real Estate founding partner Sonny Kalsi, whose firm raised a $1.55B real estate fund last May and has so far deployed a third of it.

GreenOak is looking for properties in gateway markets it can improve and sell within five years, but getting those properties isn’t easy.

“Sellers are still adjusting to the updated view of where the market is in terms of value … I think part of the reason sellers are holding out hope is they're saying, ‘Look, we got this dry powder out there,’” Kalsi said. “It's almost like a game of chicken. Who's going to blink first?”

The idea of unrealized capital doesn’t sit well with everyone. Private equity firms that haven’t deployed the cash in the allotted time period may need extensions from their investors — or to give the money back.

Jamestown, for example, started buying properties in all cash last year rather than leverage acquisitions with debt, according to a report in the Wall Street Journal last month, in order to make sure it had spent all its cash by the year-end deadline.

At least one of biggest fundraisers in recent years, Lone Star Real Estate, appears to be taking a more muted approach. In December, it filed a regulatory notice suggesting it was launching its latest global fund with a target of $3B, just half the total of its last raise, which closed in 2016.

This indicated to some that the Dallas-based company, which has been a huge seller this year so far, has now made the call that the acquisitions around aren’t worth it.

Other funds continue to raise with gusto. More than 60% of funds that closed last quarter exceeded their targets, per Preqin. Funds are putting capital in many deals, but more of it keeps coming — and that unabated growth is unnerving to some.

Investors are continuing to allocate to alternative assets, even amid widespread belief that a downturn is nigh.

“[The capital raised] is definitely in use, but it is growing and I think that is a concern,” Carr said.

Dalzell Capital Partners’ Christian Dalzell — a former managing director at Starwood Capital Group who left to set up his own investment firm in 2016 —  thinks excess dry powder can pose a risk.

“That additional pressure that comes from not having that money invested could potentially lead to mistakes that nobody wants to make,” he said. “It's hard enough making good investments today. You don't want to have extraneous pressures creating unnecessary credit risk.” 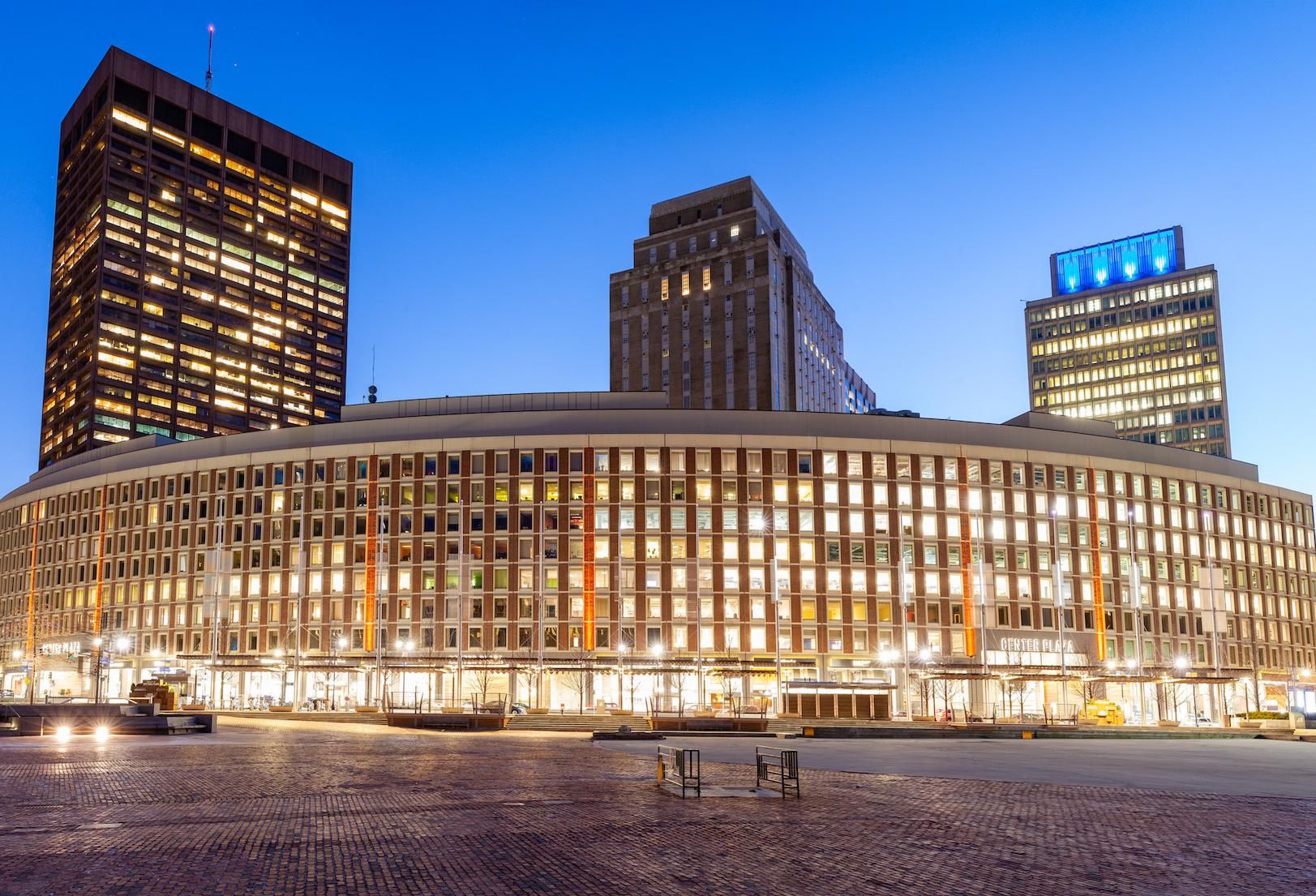 Figures from PwC suggest there was around $12B of private real estate capital raised in the U.S. as of February. But that figure does not account for the real estate startups that have now forayed into private equity, PwC U.S. Real Estate Deals Leader Tim Bodner told Bisnow.

“This is not the first time where this has happened, where you see a lot of capital sitting there,” said PwC’s Bodner, who is based in Washington, D.C. “The good news is that a lot of these funds have patient capital, investors [that] will allow them to be more prudent … [rather than just] putting out capital to put capital.”

It is not just about finding the deals. It is about convincing investors that each fund has a unique strategy that will work for them, particularly in an environment where large firms — the Blackstones and Brookfields of the world — pull in most of the capital.

As well as advising on funding rounds and mergers and acquisitions, Hodes Weill takes minority stakes in fund managers that it thinks are well-positioned to grow. The firm meets with around 250 managers a year — and works on seven to nine new assignments a year.

“We're looking at the market opportunities, and the amount of dry powder out there … There's been a number of very high-quality managers that come in our door that we would love to work with in another time, but say, ‘You know, we just don't think there's as much investor appetite for this strategy today,’” Swanezy said.

Hodes Weill just finished working with a fund that has an urban infill retail strategy, which was well-received in spite of investors’ aversion to retail, she said. They continue to work with niche strategies.

“We're looking for differentiated strategies that may be complementary in an investor's portfolio because they tend to have their exposure to the more diversified manager,” Swanezy said. “What's their hook that gets them out from the hundreds of other funds that are in the market?”

David Eyzenberg, who three years ago founded his own real estate investment bank, Eyzenberg & Co., said funds have focused on what he calls alternative property assets in “18-hour cities” in recent years — a trend he said will continue as they search for yield.

“Investors are beginning to invest more defensively in anticipation [of the end of the cycle], but not really knowing when it will occur,” he said. “Nobody is sitting there and saying, ‘I'm not going to put out any money until the market collapses’ — because, well, it's just not collapsing yet and you can't sit on the sidelines for three years, hoping and waiting.” 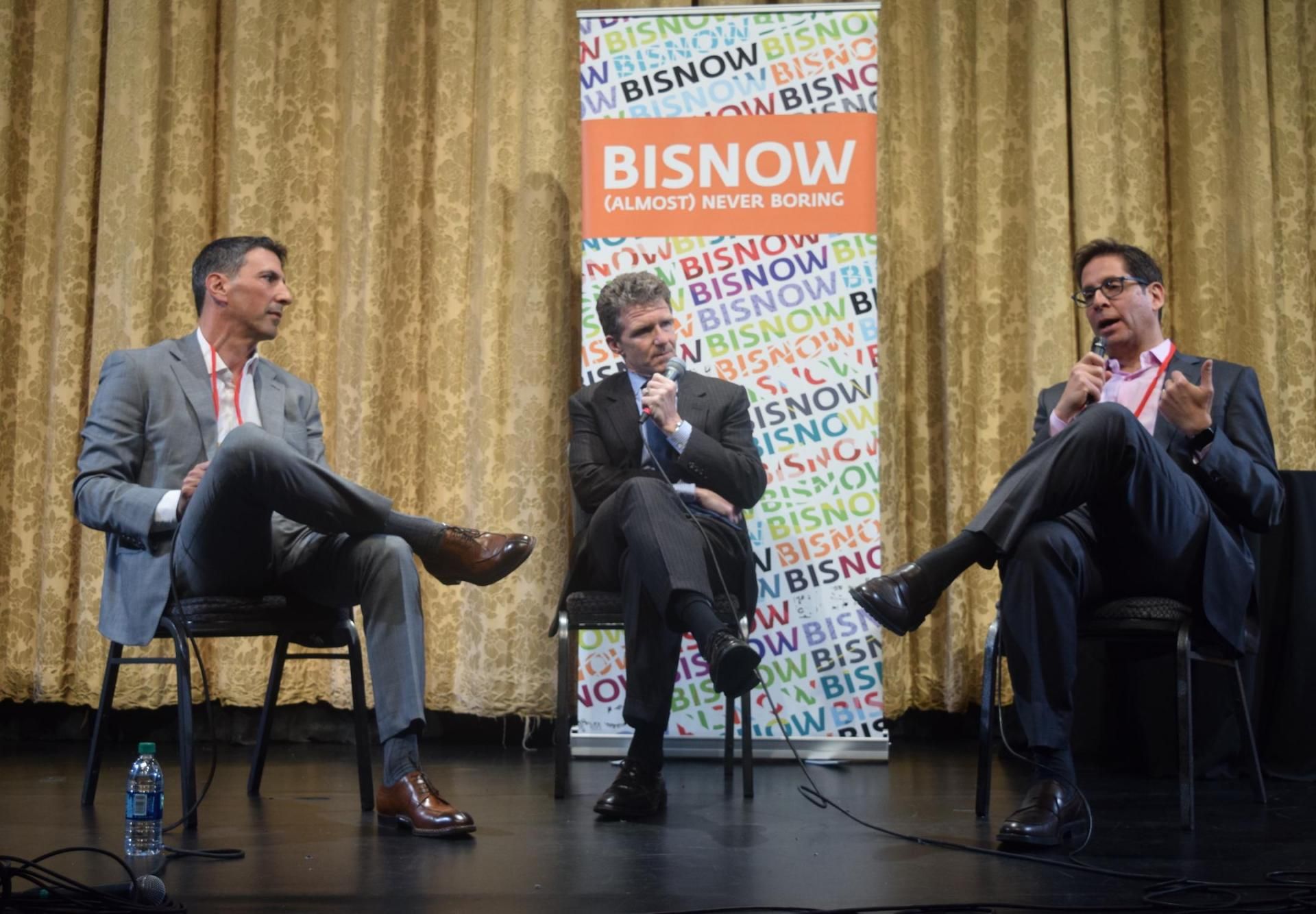 GreenOak’s Kalsi said his firm has three years to deploy the fund it closed last May, and the firm is on pace to do that — though it is being cautious with investments. After operating as a net seller through 2015, 2016 and 2017, GreenOak set its sights on becoming a net buyer through the end of next year.

Last November, it teamed up with Slate Property Group to buy a 52-story Manhattan rental building at 271 West 47th St. from The Jack Parker Corp. for more than $280M. It also paid $174.5M for an office building at 1200 New Hampshire Ave. NW in Washington from The Carlyle Group and Aion Partners.

GreenOak — which is in the process of a $940M merger with Bentall Kennedy— is reportedly already rallying investors for a new fund that would target European properties such as warehouse, office and residential assets. (Kalsi declined to comment on fundraising.)

At Wheelock Street Capital, a real estate private equity firm that raised a $725M fund in 2017, the investment strategy has focused less on land and hotels and more on multifamily and industrial assets in an attempt to invest defensively.

“It’s turning over rocks, and it's looking for the worms, and most of the rocks you turn over are dry,” Wheelock founding partner Rick Kleeman said at Bisnow’s Multifamily Tri-State conference this week.

But when asked about when the cycle would end, he didn’t say to stop looking.

“You can't go in your foxhole,” he said. “I can’t sit here in April and tell you what the hottest day of the summer is going to be in 2019. But I can tell you the difference between winter and summer. And it’s summer right now, [but] it’s going to get colder … It’s time to be careful.”

CORRECTION, APRIL 22, 6:15 P.M. ET: A previous version of this story misstated the current cap rate spreads of student housing and multifamily. This story has been updated.