Preserving, Restoring, And Transforming Seattle Landmarks For The Future 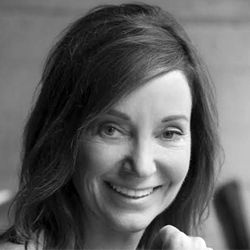 Liz Dunn
Liz hails from Canada but has lived in Seattle for most of the past 30 years. Early in her career, she worked in a variety of software engineering and product development roles at Microsoft and then as a consultant to several software and media clients, before starting Dunn & Hobbes LLC in 1997. Liz oversees acquisition, design, development and leasing for Dunn & Hobbes' properties and oversees its affiliated operating companies. In addition to its real estate activities, Dunn & Hobbes advises on policy initiatives that incorporate reuse of existing buildings and neighborhood fabric into cities' larger sustainability objectives - ranging from environmental performance to economic resiliency and cultural diversity. From 2009 through 2012, Liz started and led the Preservation Green Lab, a think tank of the National Trust for Preservation. Liz currently participates on the board of directors of the Downtown Seattle Association, the Pike-Pine Urban Neighborhood Coalition, and Lid I-5. She has previously served on the boards of Capitol Hill Housing, Powerful Voices, the Seattle Architectural Foundation, On The Boards and ARCADE Magazine. In 2007 she was made an honorary member of the American Institute of Architects. She is an affiliate fellow to the University of Washington's Runstad Center for Real Estate Studies and guest lecturer in the real estate program at UW’s Foster School of Business. Liz holds a BMath in Computer Science from the University of Waterloo, an MBA from INSEAD, and an MSc in City Design from the London School of Economics.
Dunn & Hobbes
Principal 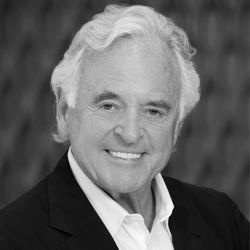 Michael Malone
Michael J. Malone has been involved in the development of real estate since the early 1980’s. Today, operating under Hunters Capital LLC, Malone is known for his focus on historic preservation and quality development in Seattle’s Pike/Pine Neighborhood. Mr. Malone was Chairman of DMX Music, formerly AEI Music Network Inc., a company he founded in 1971. He built AEI Music into a leading multi-national music programming and distribution company with operations in 38 countries before selling to Liberty Media in 2001. Malone maintains an active role at Liberty Media as a board member. He is a past recipient of the Ernst & Young Entrepreneur of the Year Award. Always passionate about preserving Seattle’s historic architecture, Malone bought and renovated the Sorrento Hotel in 1981. Today, Malone has interest in several boutique hotels and restaurants on the West Coast. Active in the community, Mr. Malone is past chairman and lifetime member of the University of Washington TYEE Board of Advisors, as well as a Trustee on the University of Washington Foundation. In 1990 Mr. Malone served as the City of Seattle’s Arts Commissioner and has also served as the City’s Commissioner to the Seattle Center. Currently, Mr. Malone serves on the Seattle Police Foundation as one of the Founding members and past Chairman. Additionally, he serves on the National Council of the National Trust for Historic Preservation, the Northwest African American Museum Board of Directors, as well as the Capitol Hill Housing Board of Directors. Born and raised in Seattle, Mr. Malone graduated from the University of Washington. Along with his wife, Barbara and four daughters, Mr. Malone finds time to enjoy racing vintage cars, fly fishing, tennis, skiing, and spending time at his rural ranch in Eastern Washington.
Hunters Capital
Chairman & Owner 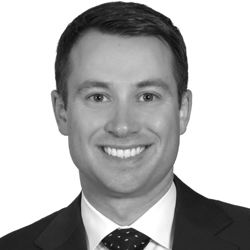 Brett Phillips
Brett Phillips is an award-winning sustainability leader and advocate, whose private and public work on decarbonization is shaping how the built environment is addressing climate change. He is Vice President of Sustainable and Responsible Investments at Unico Properties, a subsidiary of Unico Investment Group, where he manages high-performance green building and renewable energy projects for Unico’s national real estate portfolio. He is also co-founder and Vice President of Unico Solar Investors, a Unico subsidiary that develops, operates, and supplies solar energy for commercial real estate and business portfolios across the United States. Since 2008, Brett has overseen sustainable development and operations projects for over 25 million square feet of LEED-certified real estate. Notable projects include the Bullitt Center (the world’s largest commercial “Living Building”), LEED Platinum Stone34 in Seattle, and the award-winning LEED Platinum development of Circa Building in Denver. In a personal venture, he is developing Inspire, Seattle’s first zero-carbon multifamily building which is drawing the blueprint for net-positive residential developments in the region. Brett is a co-founder and the current board chair of the 2030 Districts Network, a nonprofit organization devoted to creating a global network of low-carbon cities. He authored the update to Seattle’s Living Building Challenge Pilot and the creation of the 2030 Challenge Pilot which provide critical land-use incentives for new and existing buildings in exchange for delivering low-carbon buildings. He is also an Architecture 2030 Senior Fellow, where he is promoting the adoption of the 2030 Challenge to rapidly decarbonize the built environment as a central solution to stemming the climate crisis. Brett’s work has earned Unico and his projects numerous industry accolades including Washington’s Green Company of the Year in 2011 and Multifamily Executive’s Sustainable Development of the Year in 2017 for his work on The Commons at Ballard. In 2019, Commercial Property Executive named him one of their “Stars to Watch.”
Unico Properties
VP, Sustainable & Responsible Investment 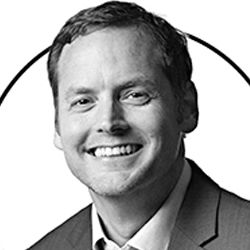 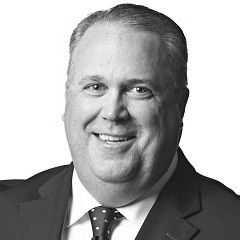 Todd Gooding
Mr. Gooding has 28 years of commercial real estate experience, 22 of them with SKB where he is credited with developing the firm’s “value-add/opportunistic” acquisition platform. He was named a principal in 2002 and president and chief investment officer in 2006. During his tenure at SKB, Mr. Gooding has initiated some $4.36 billion of acquisitions, and concomitant debt placements and restructuring, and he serves as a member of the SKB Investment Committee. He was also responsible for initially sourcing and maintaining SKB’s institutional capital partner relationships. He started his real estate career as a licensed real estate appraiser with then CB Commercial, Inc. Prior to joining SKB in 1996, he served as vice president of acquisitions for G.E. Capital Investment Advisors and senior real estate analyst with CB Commercial, Inc. in San Francisco. In these capacities, he underwrote over $500 million of commercial real estate investments for clients such as General Motors retirement funds, CalPers and the AT&T Master Pension Trust. Mr. Gooding is a member of ULI, ICSC, and an Advisory Board member for The Center of Securities Analysis at the University of Oregon. He received his Bachelor of Science degree in finance from the University of Oregon, and holds FINRA 22, 39 and 63 licenses.
Scanlan Kemper Bard Companies
President & Chief Investment Officer 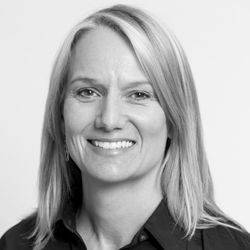 Kathryn Rogers Merlino
Kathryn Rogers Merlino is an Associate Professor of Architecture and an adjunct Associate Professor in the Department of Landscape architecture. She teaches courses on architectural history, theories of preservation and building reuse, vernacular architecture as well as graduate and undergraduate design studios. Courses include Building REuse Seminar; Appreciation of Architecture, Public Spaces Public Life master studio with Gehl Architects (co-taught with Nancy Rottle in Landscape Architecture), Architecture in Rome (history, design studio) and design studios 400, 401 and 503. Her current research argues that the reuse of existing buildings – both everyday ‘non- historic’ and ‘historic’ – is a critical part of our sustainable future. Informing her work are two research grants that study how building reuse and historic preservation can be sustainable both at the building and neighborhood scale. One project, funded by the Washington State Department of Archeology and Historic Preservation is looking at ways to communicate how historic preservation rehabilitation projects can be high performing, sustainable and historic. Another project, funded by the National Trust for Historic Preservation’s Preservation Green Lab, is developing metrics for measuring urban grain of existing, older neighborhoods, and seeks to illustrate how older fabric can contribute to more vibrant city neighborhoods. After receiving a B.A. in Architecture from the University of Washington, Kathryn practiced in the Seattle area for several years and worked with Olson Sundberg Kundig Allen Architects (now Olson Kundig), where she received several awards for projects designed with the firm. She received both a Master of Architecture and a Master of Architectural History from the University of Virginia in 1999. She sits on the executive committee of the department and serves as the undergraduate program coordinator and the graduate faculty advisor. She is on the Board of Directors for the Vernacular Architecture Forum, and recently completed four years on the King County Landmarks Commission.
University of Washington
Director, Center for Preservation and Adaptive Reuse

Director, Center for Preservation and Adaptive Reuse, University of Washington 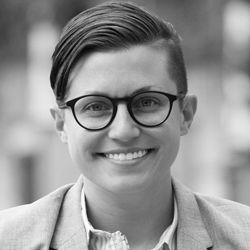 KK Clark
Born and raised in Alabama, KK graduated from Auburn University with an undergraduate degree in Building Construction and a graduate degree in Architecture. She started her career in single family residential in 2009 before moving to California with Clark Construction Group in 2013 after graduate school. KK completed Highland Hospital Acute Care Tower in Oakland, CA and United Airlines Tenant Improvements Projects at SFO before relocating to Pullman, WA to build the award winning Washington State University The Spark: Academic Innovation Building. KK moved to Seattle, WA in 2017 and is currently managing Clark's University of Washington projects. When they aren't traveling, KK and her girlfriend spend their spare time in West Seattle with their three dogs.
Clark Construction
Project Executive 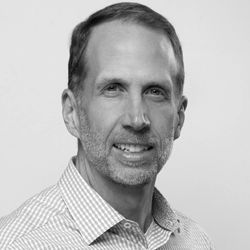 Seattle, a city perpetually leading the nation in “cranes in the sky,” doesn’t only build anew. For example, Sound Transit’s HQ was Union Station, Starbucks’ headquarters was the Sears Catalog Distribution Center, and let’s not forget what Unico did to the Cobb Building in 2005. A city steeped in history like Seattle must find the center of the Venn Diagram – where restoration and preservation meet high-rise skyscraper condominiums. From the St. Edward Seminary (Kevin Daniels) to The Original Rainier Brewery (SKB) and The Colman Building (Unico again), the essence of Seattle is appropriately being saved (though transformed) while the Viaduct goes down and those high-rises go up. Join Bisnow as we discussion the importance of preserving, restoring, and transforming Seattle landmarks as the city charges into the future. With questions, recommendations, or press inquiries please email Bisnow’s Pacific Northwest Event Producer Matt Seukunian (matt.seukunian@bisnow.com).