2. What are the benefits of investing in Opportunity Zones and how does OZ investing work?

3. How do developers and investors in OZs and Qualified Opportunity Funds expect their projects to spur economic development in Sacramento?

4. Of the tracts of land designated as Opportunity Zones by Governor Jerry Brown, which are most ripe for investment and what makes them more desirable (and possibly profitable) than the others?

5. What are some of the benefits and challenges the regulation has created for investors and who is presently best positioned to take advantage of the program? 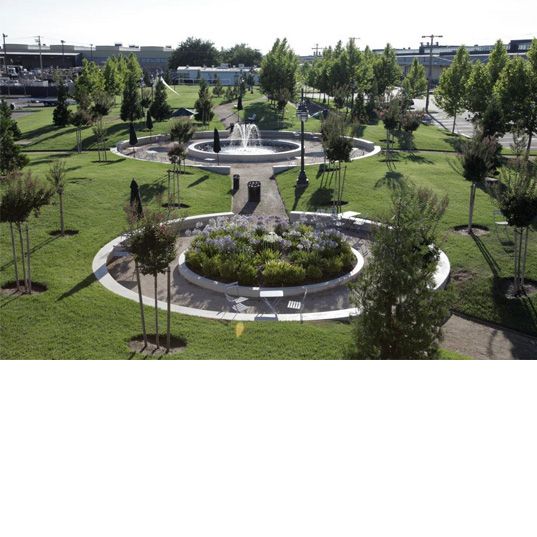 Depot Park, a former Army logistics center, was transformed into a cutting-edge business park and is Sacramento’s most ideal business campus. This aesthetically appealing and highly functional park, bustling with activity and excitement, makes the best use of existing structures, layout and location with convenient access to freeways and airports.

Security is a top priority and critical to tenants who count on it. The park is gated with 24-hour patrols, providing ease-of-mind to business owners and managers. Depot Park is a safe and comfortable place for any business.

What is being done? What should be?

When President Donald Trump signed the Tax Cuts and Job Act bill in December 2017 a groundbreaking piece of legislation offering the CRE space new investment and development avenues and vehicles came into effect. Beyond the possibilities it affords the CRE industry, the Opportunity Zone legislation can be an economic driver for entire neighborhoods, communities, and cities – especially Sacramento, CA.

The bill allowed former California Governor Jerry Brown to designate census tracts as Opportunity Zones. Investments made by individuals or companies through specially designated funds into these zones would be allowed to defer or eliminate federal taxes on capital gains.

Of the 879 tracts in California, 43 are in Sacramento County in places like Rancho Cordova, Meadowview, and the Florin Road Corridor. In all, the 43 tracts are home to nearly 200,000 residents and represent an average poverty rate of 37 percent.

With Sacramento receiving more than $1 billion in private investment (since 2007) and exhibited economic growth at twice the national average, the Opportunity Zone legislation represents a new, untapped, well of opportunity.

Join us as we discuss Opportunity Zones from soup to nuts. Where they are, what they are, how they will reshape neighborhoods, and how they can be invested in and developed on.

For more information on this event and for questions, comments, or press inquiries contact Event Producer Matt Seukunian (matt.seukunian@bisnow.com)