The Future Of The Historic Inner Loop

The Future Of The Historic Inner Loop

Tue March 31, 2020 8:00 AM
$99.00 / ticket
Add to Cart Buy Tickets Now Sponsor Question? Interested in Speaking? Registration Questions? **Please note we have pricing tiers based on ticket availability. Ticket prices will increase once we sell out of the current pricing tier. We cannot redeem a lower price once the ticket prices have been raised.
**Bisnow is a cashless, checkless operation. Please only submit payment via credit card.

HOST THIS EVENT AT YOUR RAW SPACE! 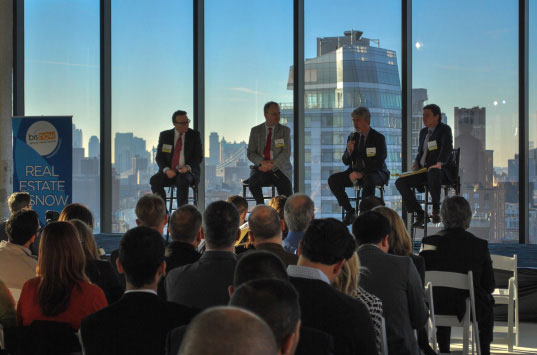 Want to bring hundreds of real estate movers-and-shakers to your raw space?

Venue to be announced 1 month prior to the event.

Montrose, The Heights and Washington Corridor are some of the liveliest, most exciting neighborhoods in Houston. They are cultural hubs in the heart of the city, have a growing population, and attract some of the best retail, restaurants, and multifamily developments in the city. Montrose, which boosts the highest rental market in the city of Houston, has arguably the best food and nightlife scene in the city. In a one half-mile stretch, you will find four award winning restaurants: One Fifth, Georgia James, Hugo’s and UB Preserve. It is also is the home to the Museum District, including the Menil Collection and the Museum of Fine Arts.

The Heights, which dates back to the late 1800s, is hands down the most historic neighborhood in the city. While it still has some of the oldest homes and buildings in Houston, the area has gone through a major transformation in the last decade. Developers have flocked to the area, building tons of mixed-use buildings and apartments. Popular restaurants and bars are dispersed throughout the neighborhood, especially on the well-known 19th Street. It’s is also home to some of the best local boutiques and antique shops.

Washington Corridor has more historic redevelopments than any other areas in the city. With incredible projects like The Silos at Sawyer Yards, the area has become a destination for arts, dining and drinking.

These are the hottest areas in Bayou City. They are a mecca for foodies, have tons of new development and apartments, and house some of the most historical and cultural gems in the city. However, these popular neighborhoods present their own unique set of challenges. Amid the growing popularity of these inner loop areas, affordability is a growing problem. There is also the fear that the increased development will result in these areas loosing their unique characteristics and charm. Not to mention, the infrastructure and transportation problems that arise with increased population.

So how can we encourage development yet maintain the historical significance of the area? What can we expect to see from the two hottest neighborhoods in the next decade?  What are the most exciting projects in the pipeline? And most importantly, which neighborhood will reign supreme in 2020? Find out at this CAN’T MISS event!

Buy Tickets! Buy Tickets! Become a Sponsor Interested in Speaking? Registration Questions? **Please note we have pricing tiers based on ticket availability. Ticket prices will increase once we sell out of the current pricing tier. We cannot redeem a lower price once the ticket prices have been raised.
**Bisnow is a cashless, checkless operation. Please only submit payment via credit card.
Share This Event with a Friend