How Entrepreneurs Are Driving The Detroit Renaissance

Though Detroit is now getting some national attention, local players — developers, investors and entrepreneurs — are still the backbone of the current revival.

Entrepreneurs have been especially important to Downtown Detroit and the city's neighborhoods, according to speakers at Bisnow's Detroit Adpative Reuse & Placemaking event. Without entrepreneurs willing to take risks, Detroit would still be in a slump, the speakers said. 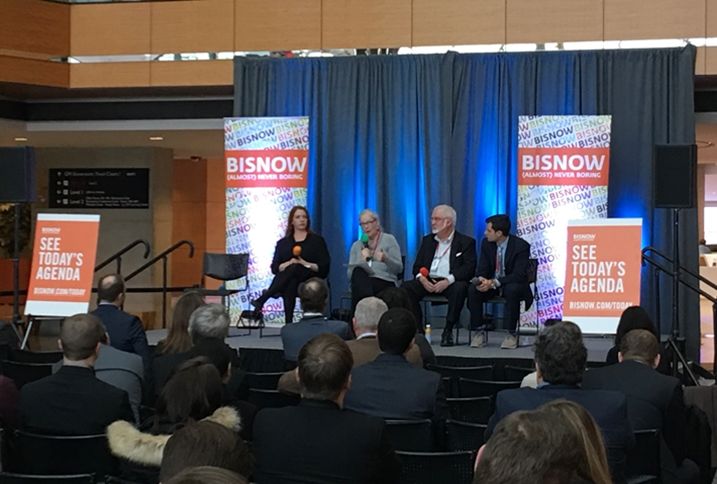 It is not enough to have entrepreneurs eager to start their businesses in a reviving market like Detroit, the speakers said. They need to be located in spaces they can afford in a commercial corridor or neighborhood, and be a good fit in their communities.

Often that means locating in nodes that are already successful. But sometimes entrepreneurs are also real estate pioneers, encouraging others to follow.

Hatch Detroit Executive Director Vittoria Katanski, whose organization champions and supports new businesses in Detroit — 33 so far and 12 over the next year — said one of the biggest challenges for Detroit entrepreneurs is finding space to grow.

Many of the businesses that Hatch Detroit has helped have selected locations in various Detroit neighborhoods partly because the spaces they need are more available and less expensive than Downtown or even along Woodward Avenue in Midtown.

But cost is not the only consideration.

"When we're looking for places for our businesses, we really want to be thoughtful in finding something for them," Katanski said. "We encourage them to locate somewhere that's right for them, and not just in terms of real estate. They need to be a good fit with the community and their surroundings."

One example was Sister Pie in West Village, Katanski said.

"They fit right in, and brought a lot of attention to the area. There are lines out the door for their food, with people coming from all over the place for it. Now other businesses are interested in the area, and development is happening there." 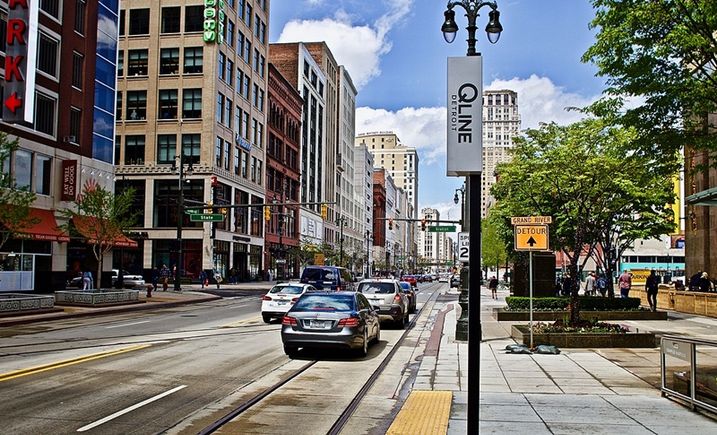 A Healthier Michigan/Wikipedia
Woodward Avenue, May 2017

Midtown Detroit President Susan Mosey, who heads a nonprofit that facilitates economic development, said older buildings of various sizes are in strong demand. Detroit has a large stock of older structures, which is a positive for entrepreneurs looking for space.

"It's still a challenge to make sure a location is right for an entrepreneur, and that the zoning is right," Mosey said. "We've done a lot of zoning changes up and down the corridor that have reduced the parking requirements significantly for both commercial and residential. More of those changes are coming. That will help these businesses find the right space for their growth."

"We need to give more thought to ways to bring the space online faster, and at a lower cost, which would benefit startups or pop-ups as they grow over time and occupy space at higher price points," Neumann/Smith Architecture principal Mike Kirk said.

Entrepreneurs would do well to take lessons from retail real estate, in that it is usually better to locate near a critical mass of activity than look for an inexpensive place outside of where things are happening, Kirk said.

"Ultimately the success of these businesses is going to be driven by traffic, so it's better to be part of a larger area, or at least on the fringe of a large area, rather than finding the cheapest deal," Kirk said.

"Detroit has seen upticks over the last 40 years, but the reason this one has more momentum is that we have the right density of housing, in combination [with] workplaces and retail space. The growth Downtown and in Midtown, with Woodward as its focus, are good examples of that."

That is a model for growth in neighborhoods, Kirk said.

"Build off of successful nodes. Entrepreneurs need to be aware of that pattern."

Mosey said she mostly agrees with that assessment, but not entirely.

"There are destination businesses that can be located out in no man's land, and they help drive investments toward them," she said.

"We redeveloped and own the building Founders Brewing is in, and that is pretty lonely out there today," Mosey said. "In five years, it won't be. Founder's is going to be catalytic for other businesses."

Confirmed! You are subscribed to the Bisnow Detroit E-Newsletter.