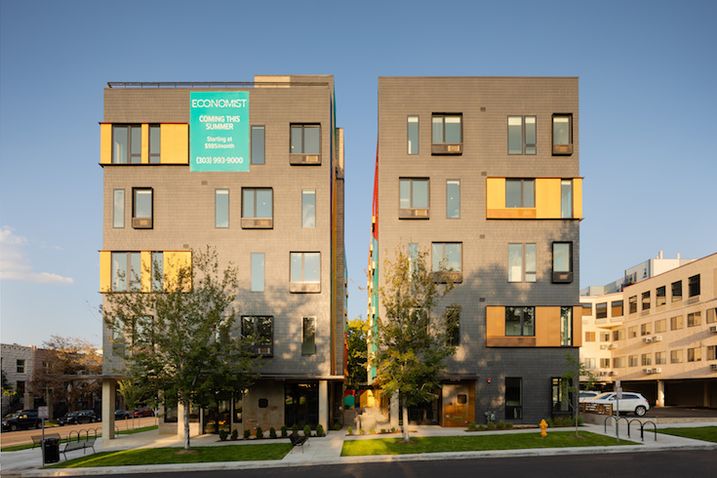 The 97-unit Economist at 1578 Humboldt St. in Denver’s Uptown neighborhood has units that maximize space and reflect the growing trend for a minimalist urban lifestyle. Apartments range from 300 SF to 400 SF with 12-foot-high ceilings, full kitchens and a stackable washer and dryer. Built-in design elements maximize efficiency in each unit of the five-story building, which has a fitness center and a large rooftop patio with unobstructed views of the city and the Front Range mountains.

Jenkins speaks from experience. He and his wife recently moved from a 1,100 SF residence to a 600 SF home. 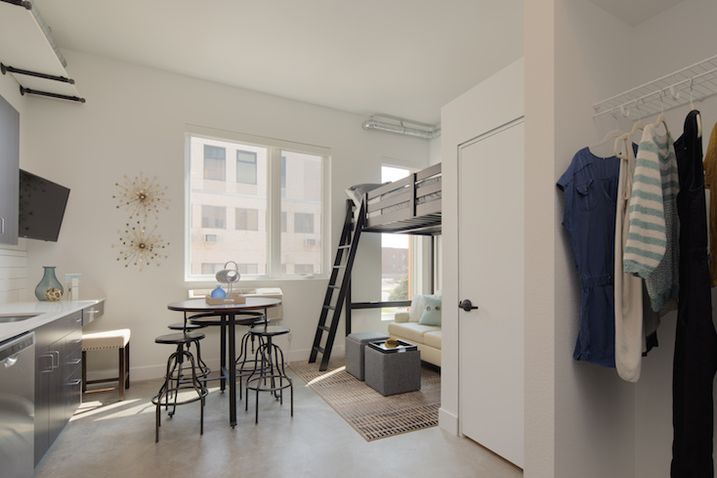 Courtesy of JC Buck
The micro-apartments at the Economist have full-size appliances.

Jenkins designed the units with built-in features like a shelf above the appliances that is large enough to store residents' outdoor gear like skis, snowboards and even kayaks. There also is a platform above the bathroom that can either be used for storage or a mattress for guest accommodations.

The project is being delivered at a time when many developers are building luxury apartments with rents that are out of reach for many residents of the Mile High City. Rents at the Economist range from $985 a month for a micro-apartment to $1,350 for a one-bedroom apartment. 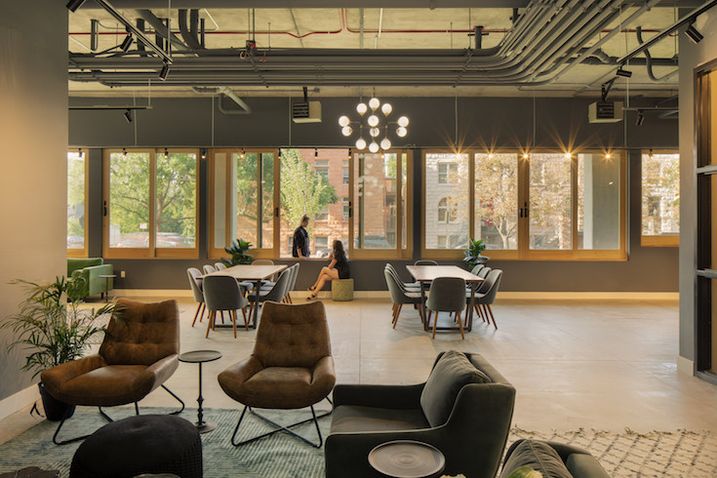 Courtesy of JC Buck
Local art will adorn the walls of the Economist's common areas.

Property management is being handled by Cornerstone Apartment Services, which reports that, of all 3,000 units in its portfolio, the Economist is getting the most showings, said Chris Firman, who developed the project with Barry Hirschfeld, Lance Gutsch and Kiely Wilson.

“People are living with less stuff, which means less responsibility,” Firman said. “People order pre-made meals or are going out. There are 38 bars and restaurants within a half-mile. Spending money on food and entertainment is the new way of life.” 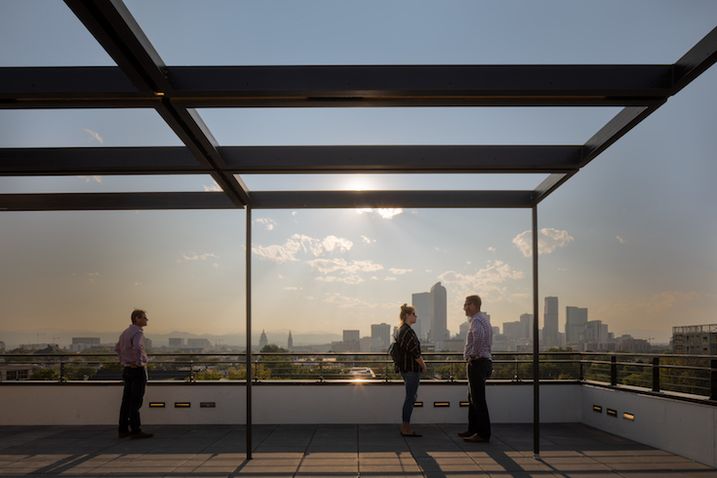 Courtesy of JC Buck
The rooftop patio has unobstructed views of the city and the Front Range mountains.

There are two large community rooms, one of which includes a kitchen. Firman also is negotiating with a restaurateur for the commercial space.

Within the common area living spaces, the development team is working with Brad Miller to curate art installations by local artists whose works will be displayed on a rotating basis.

“We understand how hard it is for Denver artists to make a commercial living, so we thought the rotating art would be a perfect blend of supporting the fine arts community while inspiring our residents with new paintings in the lobby areas,” Firman said.