"Especially in North Texas, where we are seeing nothing but outward expansion and population growth, you are obviously going to see a severe uptick in patients and caseload volumes," JLL Dallas Healthcare Brokerage Vice President Ryan Dale said. 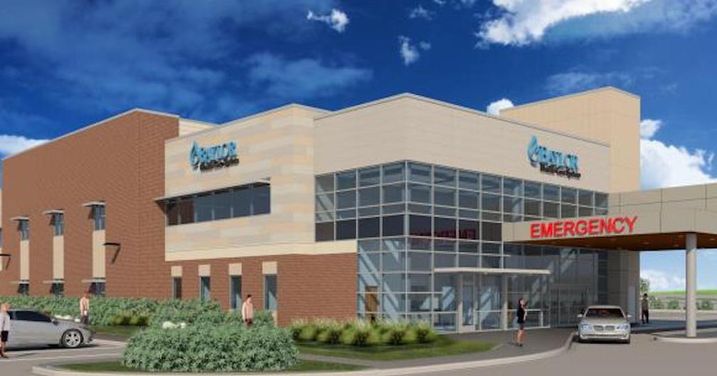 Local healthcare providers are answering the demand of bringing care into the communities where people live, making it far more accessible and consumer-friendly, Dale said.

"Hospital systems cannot expect patients to always travel to the mother ship for care," he said. "They need to start thinking more along the lines of retailers."

"It is not cost-effective, in our case, for Baylor (Scott & White) to build a $200M new hospital in every growing community," said Vic Schmerbeck, executive vice president of strategy and business development at Emerus Holdings Inc., which partners with healthcare providers like Baptist Health and Baylor Scott & White to operate micro-hospitals. "Not every community needs a 100-bed hospital."

This trend is showing no signs of slowing, in part, because Texas does not require developers to obtain certificates of need, which would limit the number, type and proximity of healthcare facilities to each other.

"I think anybody in the healthcare real estate sector is going to stay busy for a long time," Schmerbeck said.

North Texas growth is the backdrop for much of the activity. Housing sales, a key indicator of growth, continued to rise in the region in the second quarter. Sales increased 4.6% from the same period last year, according to the Real Estate Center at Texas A&M University. The statistics covered Collin, Dallas, Denton, Ellis, Hunt, Kaufman and Rockwall counties.

But potential overdevelopment looms large, Wade said. "That's what's happened in Houston, and Dallas is right in the thick of it," he said.

Signs of overdevelopment of independently owned, free-standing emergency rooms are already being seen across the area, Schmerbeck said.

"In Dallas, as well as other major markets across Texas, there has been substantial oversaturation of retail-centric distribution for acute care services, particularly independent freestanding emergency rooms," Schmerbeck said.

Emerus sidesteps this problem, he said, by positioning "our joint ventured facilities where they complement our health system partner and fill a void in the delivery system."

Emerus operates seven small hospitals with Baylor Scott & White in North Texas and plans to open an eighth in Grand Prairie in November.

This retailization of healthcare will be a focus of discussion at Bisnow's Oct. 17 event, The State of Dallas Healthcare, at Home2 Suites by Hilton Downtown Dallas at Baylor Scott & White.