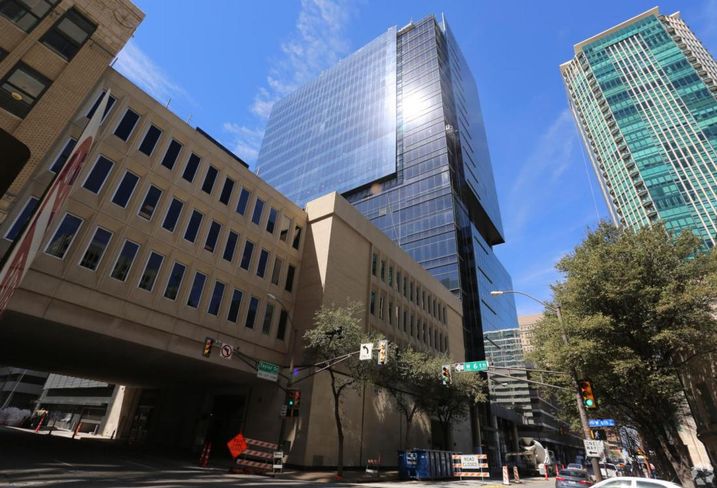 Whitley Penn was looking for a more collaborative space for its team, Managing Partner Larry Autrey said in a news release.

“Frost Tower will allow our team the opportunity to work in a great building with access to the restaurants and amenities of downtown, while providing the business community of Fort Worth the convenience of our audit, tax and consulting professionals working in close proximity,” he said.

Stream Realty’s Seth Koschak and Tyler Maner represented the landlord, Anthracite Realty. JLL’s Cannon Camp and Todd Burnette represented the tenant, which is moving its headquarters to the property.

Frost Tower Fort Worth is the first skyscraper designed and built by Fort Worth companies in Fort Worth in 40 years. Bennett Benner Partners, which designed the 25-story trophy property for Anthracite, had to move quickly to get Frost’s signature logo on the building, something that could make or break the development deal, Bennett Benner Principal-in-Charge Michael Bennett said. The team was able to move the logo through permissions right before Fort Worth changed its sign ordinance to prohibit signs on high-rises.

Timothy Keys joined MYCON as project director to oversee the company’s rapidly expanding office and hospitality sectors. He has 31 years of construction experience and has directed over $1B worth of projects since graduating from Boise State University with a bachelor’s degree in construction management. 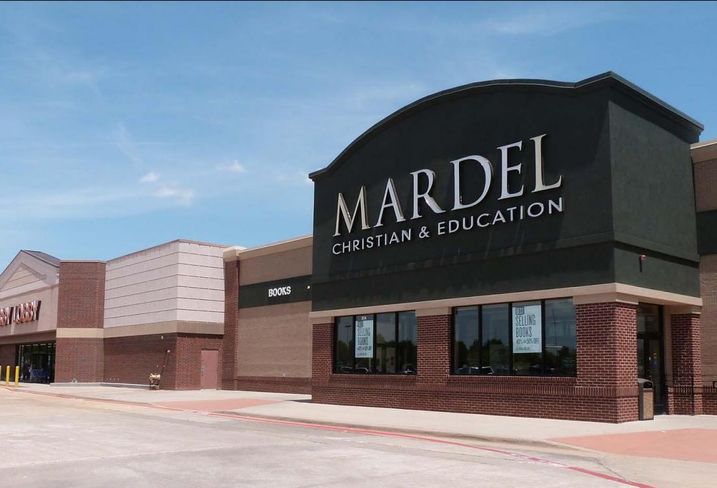 Lincoln Retail Income and Growth Fund acquired its first asset, The Shops at Colorado. The 74K SF center is in Denton. It is 100% occupied with an eight-year average remaining term.

An undisclosed buyer purchased Gateway Apartments, a 76-unit multifamily property in North Dallas. Greysteel’s Doug Banerjee, Boyan Radic, Andrew Mueller, Andrew Hanson and Jack Stone represented the seller. The property is at 13455 Kit Lane and is split between one-bedroom, two-bedroom and three-bedroom units. It is 100% leased.

Corinth Land Co. and Prattco Creekway Industrial purchased a 100K SF industrial building at 1403 South Cherry Lane in White Settlement. This is the partnership’s third acquisition in 12 months. Southwest Bank financed the acquisition, directed by Becky Carlton with equity participation from Edison Capital Holdings. The property was built in 2017 and is on 5.7 acres. 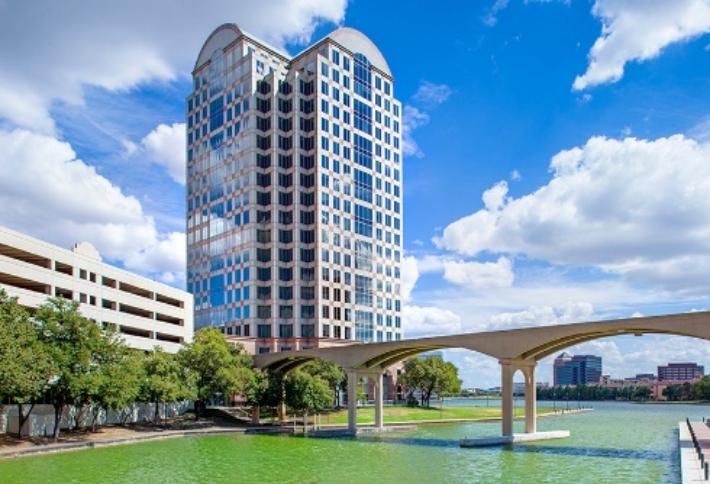 Walker & Dunlop structured $26M in financing for the acquisition of Edentree Apartment Homes in Carrollton. Alex Inman led the team to secure a 12-year, fixed-rate, full-termm interest-only loan for borrower Lane Star Properties. The 360-unit community was built in 1983 and has been renovated significantly over the past five years. 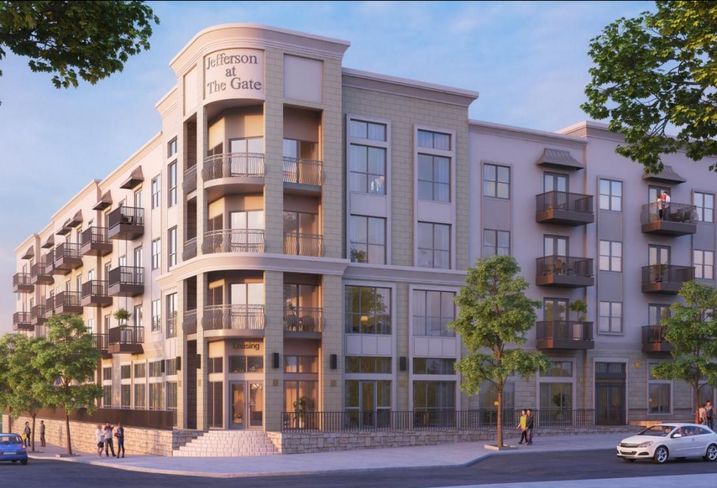 Courtesy of JPI
Rendering of Jefferson at The Gate

JPI and MORE Residential broke ground on Jefferson at The Gate, a 425-unit luxury multifamily community in Frisco’s The Gate development. The Gate, on the northwest corner of the Dallas North Tollway and John Hickman Parkway, will include more than 650K SF of office, 130K SF of retail and a luxury hotel.

JPI’s development is banking on the growth of Class-A housing demand in Frisco, which has been one of the fastest-growing cities in the U.S. JPI has been the most active multifamily developer in DFW for three straight years.

Cinépolis Luxury Cinemas-Victory Park is celebrating its grand opening Friday. The 44K SF, eight-screen, 750-seat multiplex is the brand’s first luxury movie theater in Texas, though the company is headquartered here. The property fits into the overall retail redevelopment going on in Victory Park, led by Trademark Property Co.

C2 Wireless is moving into 65K SF at 3275 Trinity Blvd. in Grand Prairie. The deal consolidates distribution facilities from New York and California, providing four times the volume of warehouse space and making it easier to ship products around the country. C2 Wireless President Jay Sachdeva said having one central point for distribution will be more efficient than having a facility on each coast, but the company’s corporate HQ is remaining in Irvine, California.

Inroads Realty, a Dallas-based retail real estate company, is partnering with Arkansas-based Collateral Valuation Consultants to provide evaluation services. Drew Childress will lead the Texas group to handle non-traditional appraisal services for Inroads deals when a full appraisal may not be necessary. On the commercial real estate side, it will primarily be used for loan refinances, modifications and renewals. The products will be for non-federally related transactions, which include:

• Transactions in which the “transaction value” (generally the loan amount) is $250K or less for residential and $50K for commercial properties.

• No limit on renewals, refinances or other transactions involving existing extensions of credit as long as no new money is being funded; and

• Real estate-secured business loans with a transaction value of $1M or less and when the sale of, or rental income derived from, real estate is not the primary source of repayment for the loan.

Avison Young’s Mike Kennedy and Taylor Lynch were awarded the listing for retail and hotel sites in The Gate in Frisco. It recently sold a retail lot to Govindji’s and is nearing contract on other sites.