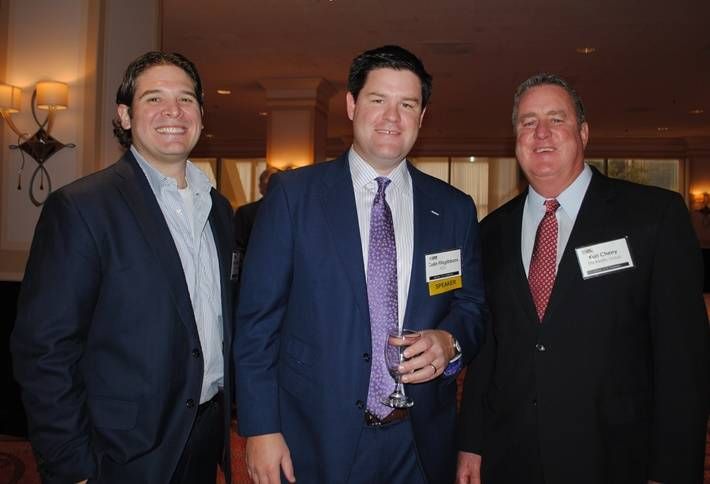 Where’s the development going to be in 2016? There are the usual suspects like Uptown, Legacy and Frisco, but don’t forget Las Colinas. However, a lot of attention is being directed North in the greater North Dallas area including Frisco and the 380 Corridor. Just last week, Ross Perot Jr. announced his plans for a $500M master planned community in Celina, just off Highway 380. KDC VP Colin Fitzgibbons (center, with PMRG’s Michael Dewy and Kurt Cherry at Bisnow’s 2016 Dallas Forecast event Tuesday) says anything in and around Toyota or Nebraska Furniture Mart will be hot and Frisco may be the center of development. 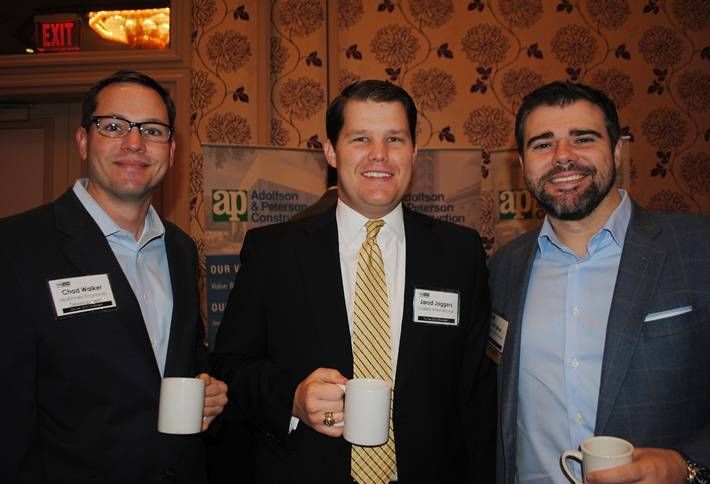 Hwy 380 between Denton and McKinney is the sweet spot for Leon Capital Group managing director Will Tolliver (right, with McKinney EDC’s Chad Walker and Colliers’ Jarod Jaggers). Working a lot of retail, multifamily and self-storage, Will says he’s done about a dozen deals in the last year along the corridor in Denton, Little Elm, McKinney and Crossroads. They’re all long-term, fundamentally sound growth markets, he says. One reason: Frisco, Plano and the nearby suburbs can’t handle all the demands of the people coming with business relocations, so they’re moving farther north. 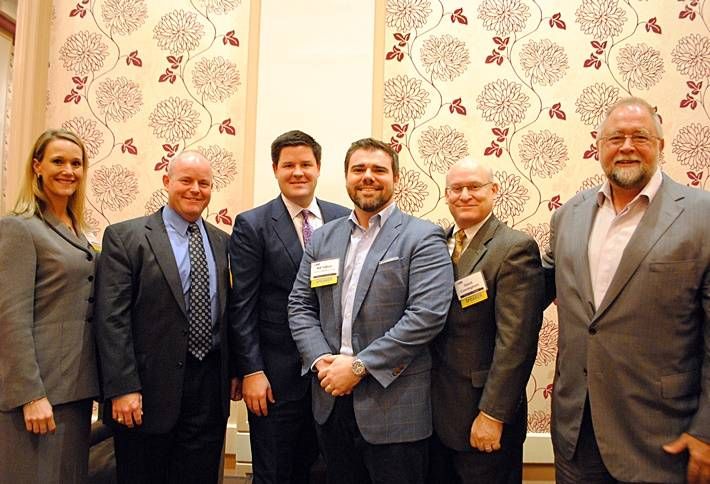 JPI SVP Matt Brendel says lots of markets will do well. JPI looks for high traffic and lots of jobs for the areas where the firm develops. The Dallas multifamily market is 95% occupied, which is 150 bps above the historical norm. That bodes well for the 16,500 units forecast, he says, which can usually support about 100,000 jobs, which is what the Metroplex has been creating annually. Matt’s pick for the area to watch: Las Colinas. The Music Factory’s arrival will be a game changer in a submarket that was already doing well because it will create nightlife, which the market didn’t have before. Pictured is the illustrious panel at the Bisnow Dallas 2016 forecast event: Partner Engineering and Science national client manager Katrine Hansen, Matt, Colin, Will, Granite Properties director of development David Cunningham and Gatehouse Capital CEO Marty Collins.