Move Over Gateway Cities: Why Texas Is Attractive To Foreign Investors

Foreign investors have historically been interested in one type of property: trophy office assets in the central business districts of gateway cities. But as the foreign investment climate diversifies and evolves, Texas has come to stand out as one of the most attractive markets for global dollars. 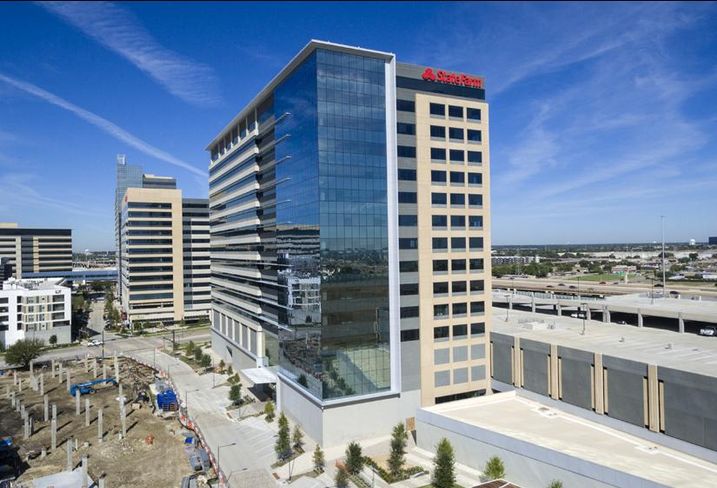 Texas now outpaces both California and the U.S. average for foreign investment as a percentage of total sales volume, according to CoStar. Its increase in direct foreign investment since the Great Recession is rivaled only by New York. (CoStar tracks mainly direct and announced joint ventures and does not typically include fund investments.)

“Foreign investments in Texas have changed, and while I wouldn’t say it’s been a huge paradigm shift, you should pay attention,” Cushman & Wakefield executive managing director Beth Lambert said. “As [foreign investors] get more sophisticated in our country, they tend to spread out from product type and still need to chase yield. If you’re looking to gather incremental return, gateway cities are tough to do that.”

Since 2011, Texas has been behind only New York and California for total new foreign direct investment projects. Last year, foreign buyer sales volume exceeded $5B in the Lone Star State, or about 15% of all sales, according to CoStar. That is a huge leap from 2008 and 2009, when foreign investment accounted for less than 2% of all sales volume in Texas. The tail end of 2016 and Q1 of 2017 saw a modest decline in Texas, but that seems to represent a blip rather than a strong negative trend.

More than 50% of foreign direct investment projects into Texas originated from western Europe, predominantly the United Kingdom, Germany and France, according to the Texas Economic Development Corp. 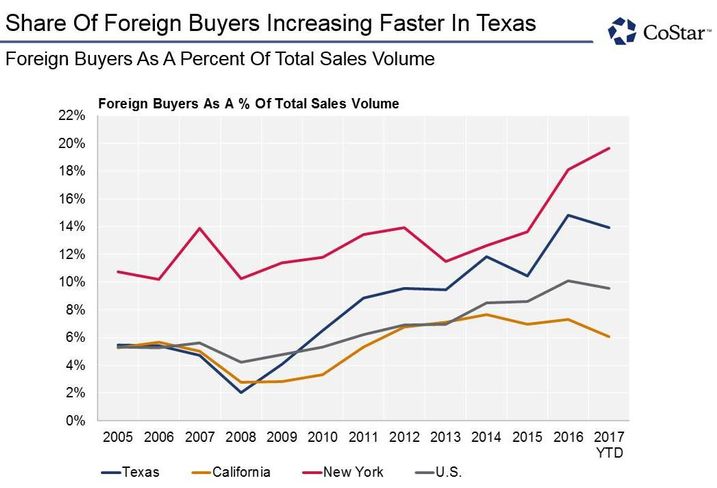 Courtesy of CoStar
Foreign Buyers in Texas, California, New York and the U.S.

“Over the last 20 years, it’s gotten easier to get to Texas from the coasts. But Texas is the next logical place,” Latham said. 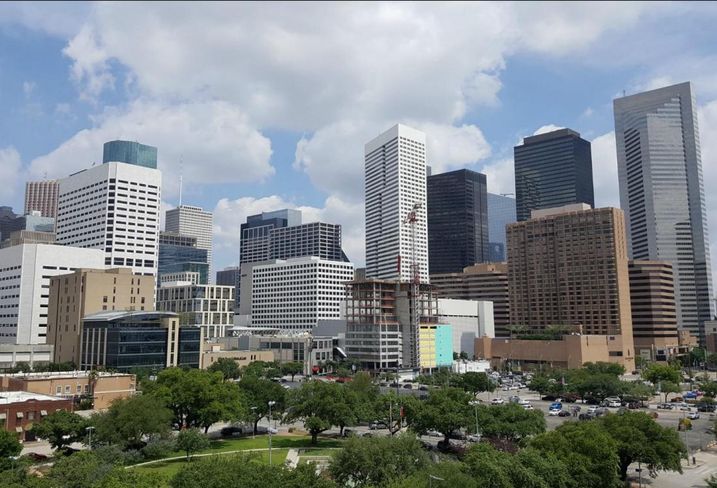 Push factors can be just as important as pull factors, Latham said. Many countries with high concentrations of wealth are facing currency valuation issues, overbuilding and government instability.

While those factors do not make Texas more attractive than, say, New York or San Francisco, the Lone Star State often serves as a next frontier for foreign money looking to spread itself out into other markets or increase its amount in real estate holdings.

“When looking at risk profile, there’s a natural tendency to diversify, and Texas is a diverse state in all aspects,” Lambert said. DFW's economy is supported by many sectors, Houston has strong ports, Austin is blossoming into a major metro, and San Antonio provides incremental and stable economic growth. 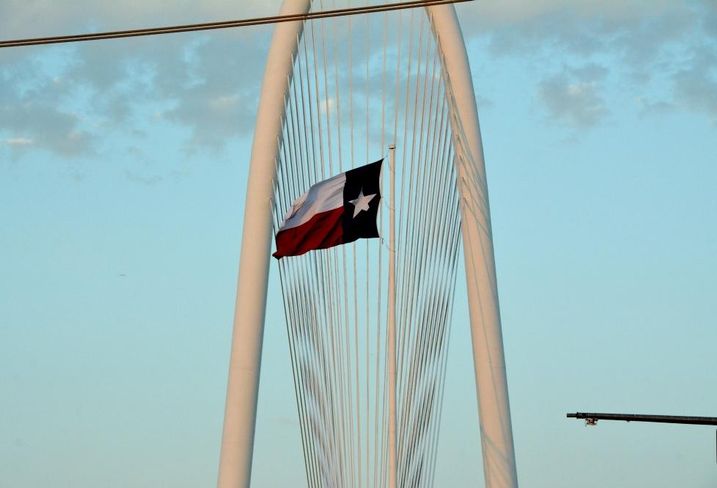 Institutional investors, both foreign and domestic, have also increased their percentage of real estate holdings from about 5% of total equity 10 years ago to double that today, Fraker said.

As real estate becomes a larger percentage of total investments, Lambert has seen a lot more direct investments from foreigners who have opted to drop their local partner.