Chicago's Biggest CRE Companies Have Women On Their Boards. But Is It Enough?

Achieving gender diversity has become one of the most talked about goals of the commercial real estate industry. There is no doubt many firms in the traditionally male-dominated industry made a great deal of progress in the past decade, recruiting women for C-suite positions and bringing more women into the workforce as a whole. It’s no longer unusual to see women take the helm as presidents and CEOs of even the largest companies, or start their careers as frontline brokers.

Commercial real estate firms have also recruited women to serve on their boards of directors, and women now occupy up to 40% of those seats at some of the Chicago region’s largest real estate companies.

But not all firms have taken steps to reach that level of diversity. 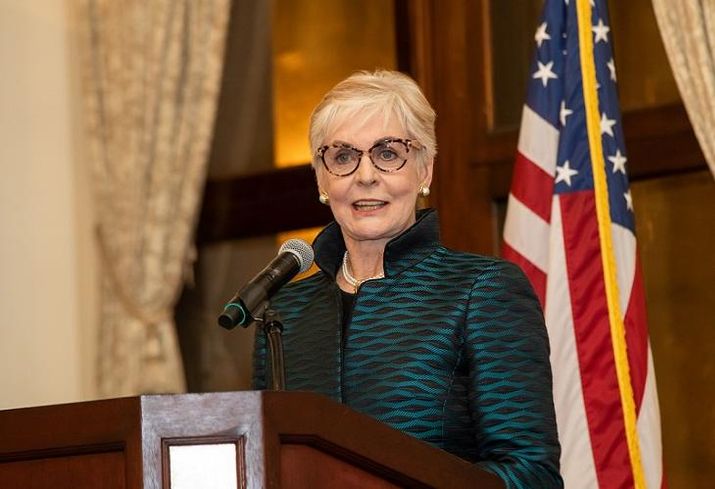 The eight largest publicly traded real estate companies with headquarters in the Chicago region, as measured by 2018 revenue, all have women on their boards. But among that list, Retail Properties of America, First Industrial Realty Trust and Equity Commonwealth only have one, according to each firm’s website. That isn’t due to a lack of available talent, according to Sheila Penrose, a former president of Northern Trust and chair of JLL’s 12-member board, a position she has held since 2005.

“Every board member has to be extremely qualified to serve in that capacity, and there is no shortage of women capable of doing that,” she said. “It’s a demand issue. You’ve got to be intentional about it.”

Despite the fact that all eight of the region’s largest commercial real estate firms had at least one female board member, Penrose said the industry still needs to do better.

“There are very few major companies that don’t have at least one woman on their board.”

“Some companies are leading the way, but we also see other companies lagging behind, and we see that in every industry,” said Victoria Medvec, executive director of the Kellogg Center for Executive Women at Northwestern University's Kellogg School of Management. She also runs its Women Director Development Program, which trains women to join the boards of Fortune 1000 companies.

Including Penrose, who joined in 2002, four women sit on the board of JLL, Chicago’s largest real estate company, which had $16.3B in revenue in 2018.

At Cushman & Wakefield, which had $8.2B in 2018 revenue, making it second largest, four out of 10 board positions are held by women, including PAG Asia capital partner Qi Chen, who joined in 2014. At 40%, it has the highest percentage of female board members of any large real estate firm. 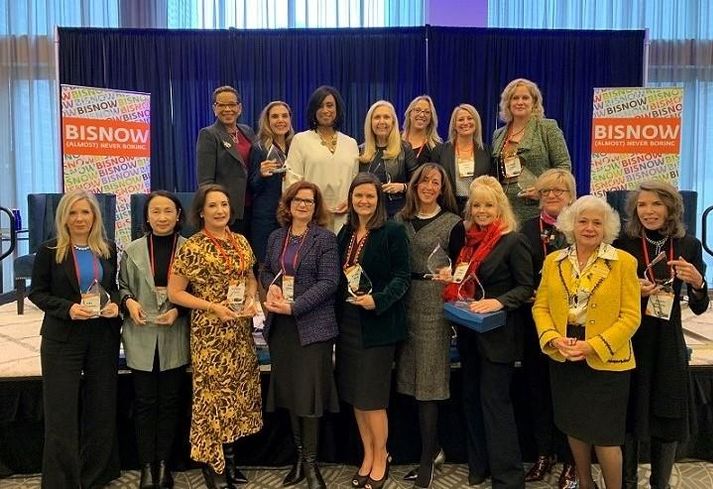 Bisnow
Goldie B. Wolfe Miller with some of the honorees at the Chicago Power Women event on Dec. 4, 2018.

Five JLL board members are persons of color, Penrose added, and such diversity reflects an inclusive corporate culture, an important asset for a company doing business across several continents.

“The more diverse your board, the better input and support you’re able to give your leadership team,” she said. “Our clients are becoming more diverse, and they look for a match in that regard.”

A diverse board also sends a message to potential recruits at every level that their talents are welcomed, even though the real estate industry once had a reputation for being somewhat closed to women and minorities.

“The future of our business depends on us getting the best talent we can,” Penrose said. “We’re all in a war for talent.”

Goldie B. Wolfe Miller has been on a decades-long mission to open the commercial real estate industry to women. She started her career more than 40 years ago with the legendary developer Arthur Rubloff, later owned the largest woman-owned commercial brokerage in the nation, and then founded The Goldie Initiative, which promotes young women through its scholarship programs, along with providing mentorship and networking opportunities.

Miller said it is important to look beyond the composition of any corporation’s board, and focus on how many women occupy crucial leadership positions, a group that will provide the next generation of corporate board members.

That may help eventually diversify the Retail Properties of America’s board. Bonnie Biumi, most recently the president and chief financial officer of Kerzner International Resorts Inc., is the only woman on its eight-person board, but of the Oak Brook, Illinois-based firm’s 23 top positions, seven are held by women. 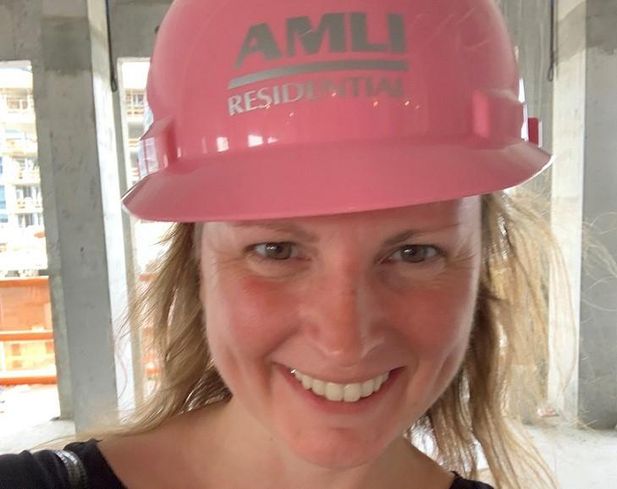 The 10-person board of Chicago-based real estate investment trust Ventas includes Chairman and CEO Debra Cafaro, along with former Aurora Investment Management CEO Roxanne Martino and former White House Domestic Policy Director Melody Barnes. Ventas had $3.7B of revenue in 2018, making it the region’s third-largest real estate company. Its officials say they have valued board diversity for years, making sure to have at least two female board members since 2002.

Equity Residential and Equity LifeStyle Properties, both Chicago-based REITs, and among the top eight firms, each have three women on their boards. The latter includes president and CEO Marguerite Nader, attorney Sheli Rosenberg and AMLI Property Management Co. President and CEO Maria Banks.

Medvec said her organization stands ready to help any firm that wants to increase gender diversity. It has more than 800 female executives in its database who have gone through its course of study.

“We can identify talented directors, and we do it free of charge,” she said.

Penrose said diversity is not the only factor when assembling a board of directors. JLL created a matrix of abilities it needs, which includes financial expertise, mergers and acquisitions experience and knowledge of overseas markets, among other criteria, and then evaluates all candidates on how well they fill in any gaps.

“We don’t start with diversity, but we ensure it’s one of the factors,” she said.

“You don’t want all brokers, or all lawyers,” Miller said. “You want skill sets across the board from those that are the best and brightest in their field, and if they happen to be women, that’s great.”

Penrose said other types of businesses have made more progress than the real estate industry in promoting gender diversity.

“I would say real estate has been behind, as I think a lot of industries are when there is a heavy capital markets component, and a heavy brokerage component,” she said.

These frontline jobs, which provide footholds to many industry newcomers, usually involve tapping into personal networks, and even though an increasing number of women are enormously successful in these roles, it’s something men find it easier to do in businesses long dominated by males, Penrose added.

But JLL’s quest to diversify its organization has borne fruit, Penrose said. In 2018, 75% of its senior-level hires came from groups historically underrepresented in the real estate industry, including women and people of color. These recruits will eventually rise and become presidents, CEOs and board members, both for JLL and other companies, and that makes Penrose optimistic about the prospects of women in the industry.

“We will continue to see an increase in the representation of women throughout all the top levels,” she said.

Miller said she frequently sees evidence of such progress.

“I just gave a speech at a [Building Owners and Managers Association] event, and 50% of the audience were women.”