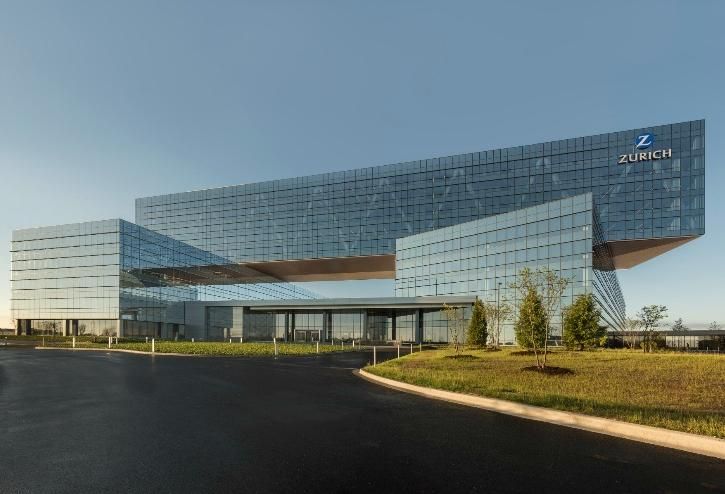 It's the largest office development in suburban Chicago in 15 years and now, it's ready for its close-up. Zurich Insurance Group held a ribbon-cutting ceremony yesterday for its new North American HQ in Schaumburg.

The 784k SF building is an architectural and design marvel. The design by Goettsch Partners is intended to symbolize balance and strength, with an eye toward the future. Zurich and developer Clayco delivered the three-year project on time and on budget, with LEED Platinum certification.

The building sits on 40 acres of the former Motorola Solutions campus and serves as a sign of future redevelopment in Schaumburg. Bisnow was at the ribbon-cutting ceremony and snapped plenty of photos. 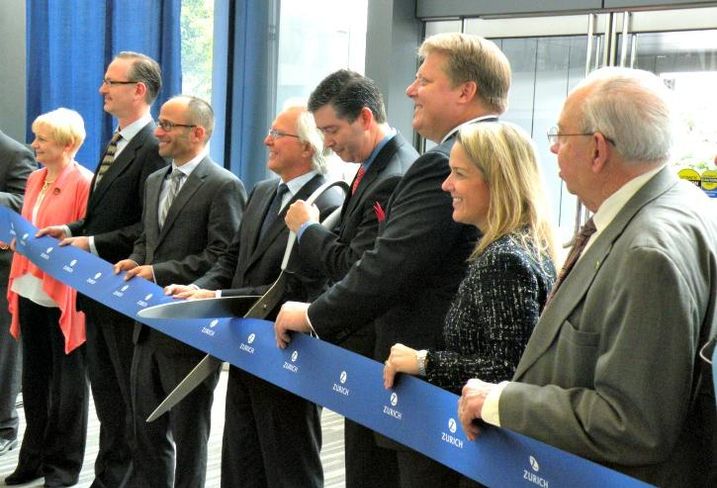 Mike says Zurich's 3,000 employees will begin moving in next week and it will be a sea change from its current twin towers offices in downtown Schaumburg. Over 180 Zurich employees were part of the transition team, offering solutions on how to design the offices to meet the demands of a 21st century workforce.

Mayor Larson applauded Zurich's commitment to Schaumburg and says the new HQ is a sign of the company's continued civic investment in the community. The most glowing testament was offered by Bob who says without Zurich, Clayco wouldn't have had the bandwidth to grow its business. The new HQ, Bob says, is a reflection of Clayco's mission to focus on what's happening inside buildings and not only the shell. 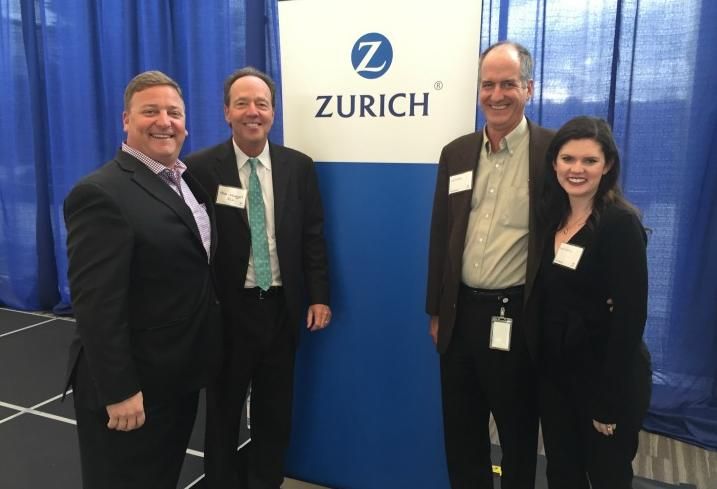 Snapped: JLL's build-to-suit team of managing director Jim Plummer, managing director John Musgjerd, VP Jerry Riordan and Midwest sustainability practice leader Keara Fanning. John says the team was able to leverage Zurich's investment-grade credit to secure financing for a project of this scale, and was able to land four institutional partners as the building's lenders. Zurich is locked into a 26-year lease, which is a win for both sides.

Keara says Zurich wanted to review how it uses energy and design the campus with the wellness and health of workers in mind. The building has over an acre of green roof space, 62% energy cost reduction, 39% water use reduction, 99% FSC-certified wood, 76% of the occupied space has access to daylight, and eight electric car charging stations are on site. Over 68% of the site is open space or softscape.

Here's Goettsch Partners principal Paul DeSantis, the lead designer for the project. Paul says Goettsch won the bid in a spirited competition with five other architectural firms, and Zurich offered no hints about what it was looking for. Ultimately, Paul says Goettsch's winning design meshed very well with what Zurich had in mind. 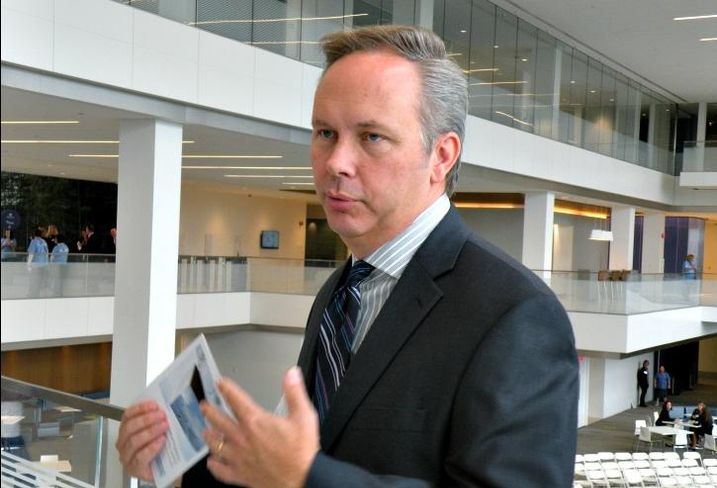 Cannon Design principal and design director Mark Hirons says Zurich wanted a passive interior design for the new HQ that encouraged employee health. The 11-story building is teeming with wide staircases that make it easy for workers to get from Point A to Point B. Rooftop decks and outdoor terraces are accessible from most of the offices and communal rooms. Zurich employees have new sit-stand desks to get the blood flowing, and there are breakout rooms for when they want privacy. 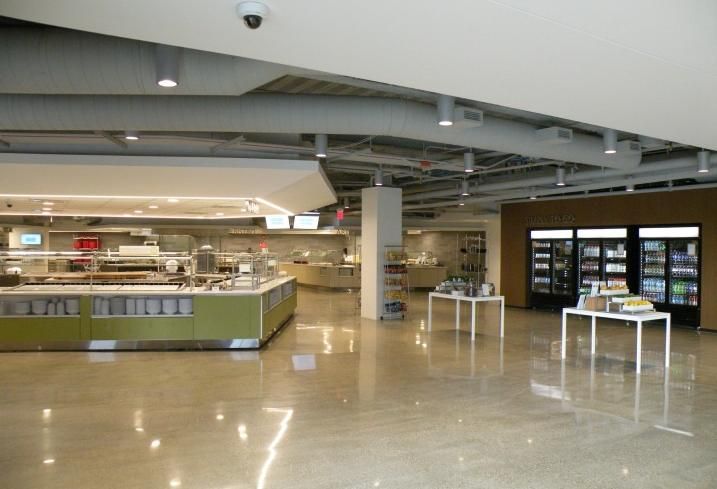 Zurich's new commissary was designed for healthy eating. Workers can grab a quick salad for lunch and nosh outside when the weather cooperates, and chef's stations were built for cooking demonstrations and visiting chefs.

5. The Devil Is In The Details 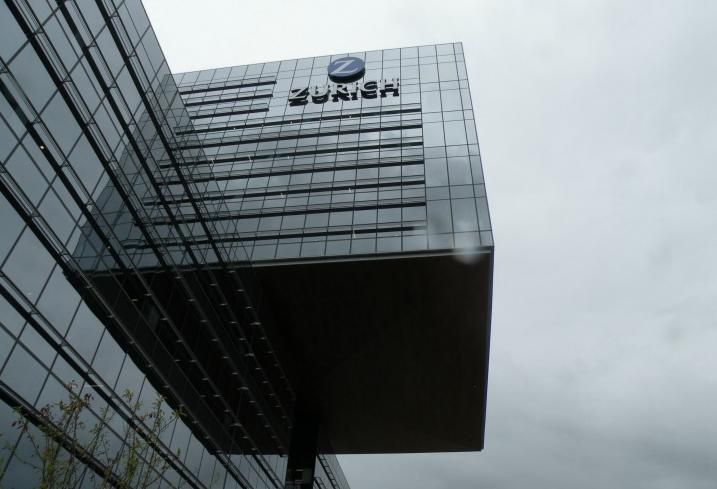 The eastern edge of Zurich's new HQ extends 60 feet over the building's  foundation, another symbol of the balance and strength that is part of Zurich's corporate mission. Paul says Zurich wanted the building designed so this end would point toward Chicago, as another sign of the company's place in the area's economy. Zurich CEO Mike Foley says Zurich contributes $1.3B to Schaumburg's and Cook County's economy. 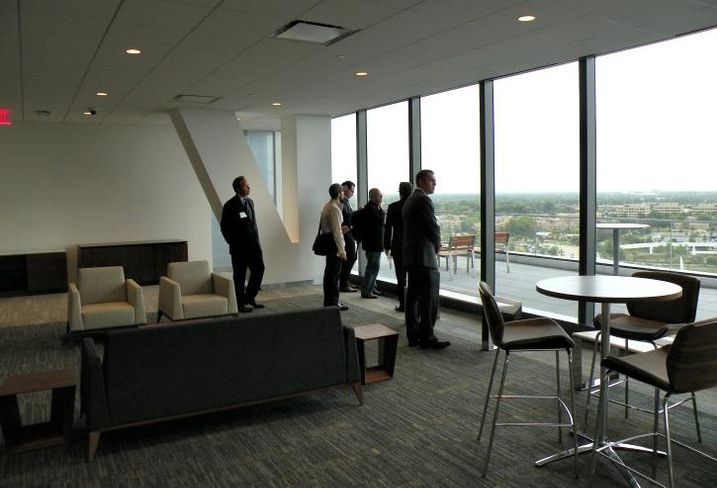 Here is a look inside Zurich's executive lounge, which opens out to an outdoor terrace. Mark Hirons says senior execs have easy access to the lounge from their offices above, via a staircase. 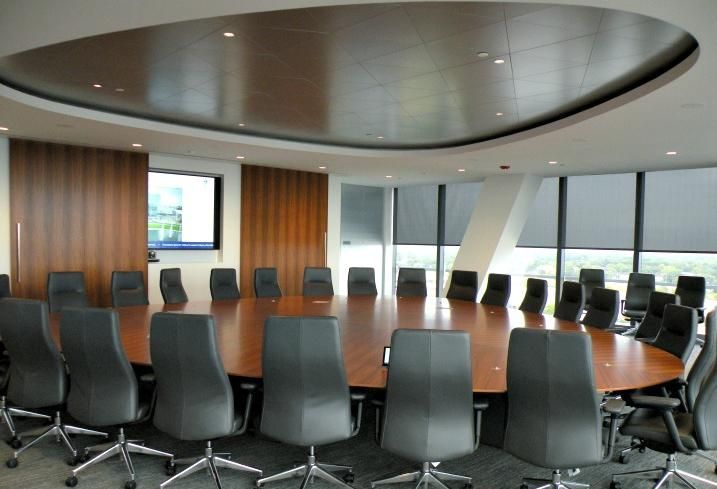 Next to the executive lounge is the boardroom, which also opens out to the terrace. 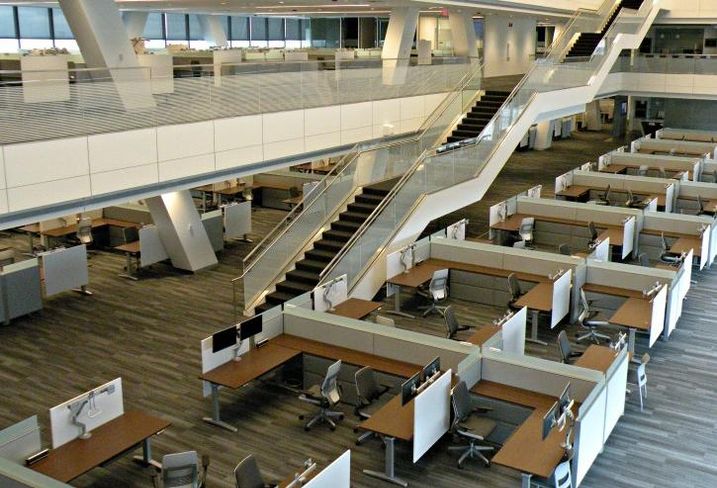 Snapped: a peek at some of the office space inside Zurich's new HQ, complete with sit-stand desks and ergonomic chairs. Mark Hirons says Zurich employees participated in a pilot program to match the details of the office's designs with workers' wishes. More stairs connect office levels, encouraging workers to walk between floors instead of taking the elevator. 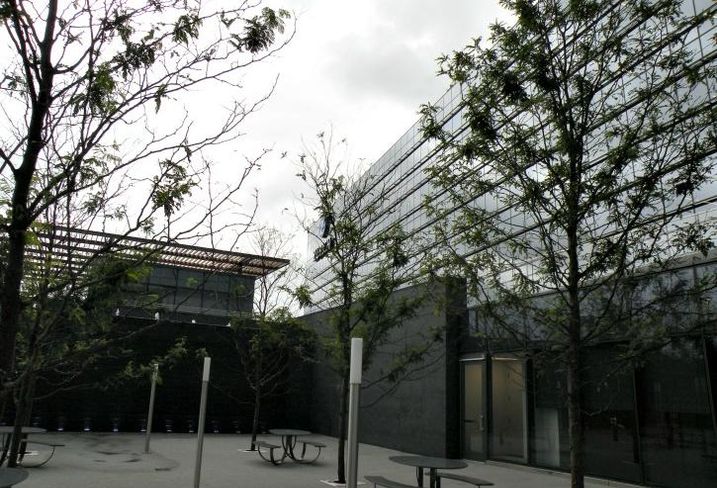 Paul says this outdoor pavilion was given a recessed design so Zurich employees could have a boundary between them and the traffic noise from nearby I-90. The pavilion is accessible from the parking lot and all of Zurich's ground-level entry points. 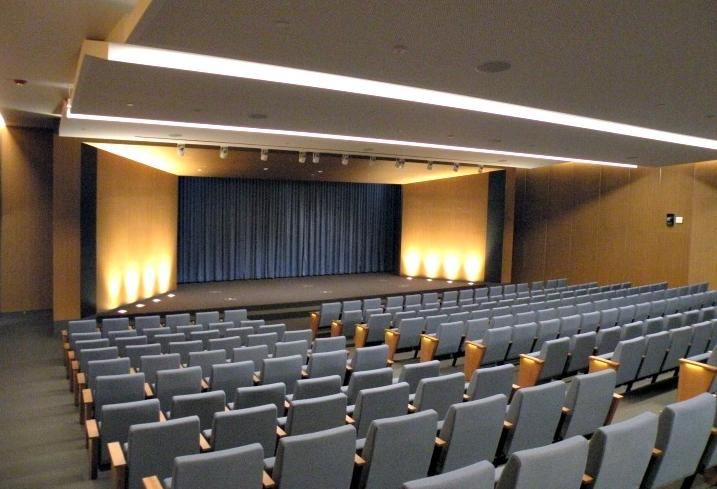 Here is a look inside Zurich's Neville Pilling Theater, a 300-seat auditorium that will host training sessions, larger group meetings and non-work related gatherings. Mark Hirons says Zurich wants to encourage a positive, inclusive corporate culture and the theater will allow company groups like its vocal choir a space to perform concerts. The wood paneling is grooved to dampen sound. 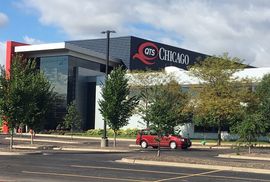