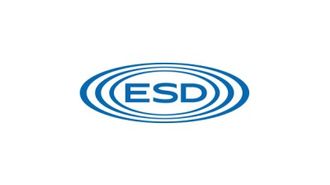 How Are Offices Evolving?

What we’ve traditionally called the “office” is changing. As technology increases its foothold in our lives and changes the way we work, more companies are using less space and fewer permanent desks. In the next 10 to 15 years, we may see new artificial intelligence that will automate repetitive tasks and allow offices to be a gathering space for critical thinkers and problem solvers, rather than a place for work. But many questions remain: What are the technologies to look out for and adapt to? What does a high-tech office look like now? We asked ESD's workplace practice leader, Nathan Snydacker, and technology services practice leader Nick Lawrence to gaze into a crystal ball.

One of the tech trend’s biggest catalysts is companies that have bucked the traditional, organic growth model. Designing a space for these companies can be difficult, because who knows how big they’ll be in six months, let alone seven to 10 years? For Nathan and Nick, the key is using a modular approach that ensures enough give or take within lease restrictions and limited space availability. So when looking at HVAC zoning, electrical distribution or cable installation, Nathan constantly thinks of how it can be expanded or reduced as necessary.

With this in mind, Nick often discusses the idea of a seamless wireless environment with his clients, where the wireless network is a natural extension of the wired physical network, but the information and security requirements are common. He also discusses the convergence of networks, where users can have their data networks on one physically converged network, such as putting physical security devices on the building’s automation system. This convergence not only allows users to limit capital investment and infrastructure footprint, but helps create future flexibility by minimizing cables through walls and floors tethering workstations.

Courtesy of Gensler and Garrett Rowland

Nick says one of the biggest battlegrounds in the office evolution is paper. Nick says a paperless office is yet to be achieved, but in addition to the necessary storage space, the economics of printing will drive away paper as it will eventually be too stressful on the bottom line. Mobile devices are the means of communication and sharing information today, and with the increasing availability of virtual storage, we may soon see the elimination of storage rooms and file cabinets.

The Future of WiFi

While Li-Fi, a wireless network based on the functionality of LED light fixtures that’s supposedly 100 times faster than WiFi, is making great strides to becoming more marketable, Nathan says it’s still too dependent on continuous LED light sources. Until those issues are figured out, WiFi is still the main connection contender, but both Nathan and Nick are excited about innovative uses for WiFi connections. Nathan, for example, discussed “beaconing,” where an office’s WiFi connection could lead a guest to a conference room via mobile device, similar to Google Maps or Waze.

Nick brought up wireless display technologies such as WiDi, which allow presentations straight from devices rather than through third-party solutions, expensive projectors and bulky wires. While still not 100% “fully baked”—with different, incompatible software or hardware on devices—Nick believes we can expect rapid progress in the next few years.

The two also raved about a technology that allows office tenants to control the lighting and temperature in different zones in an office. While the tech has a steep cost barrier, Nick believes it’s one of many opportunities to bring local control and intelligence into the tenant environment. For example, a conference room that has its temperature lowered and its presentation systems powered down because the reservation system shows the room isn’t reserved for an extended period of time saves energy and extends the life of the systems.

One Size Doesn’t Fit All

Courtesy of Gensler and Eric Laignel

Nathan feels the adoption of new technologies is mainly driven by a company’s culture and industry. When a company asks for an innovative space that takes advantage of accessible technology and open, unassigned seating, it’s important they consider how the changes will impact employee productivity and engagement.

“It's been an interesting challenge as we evolve,” Nick explains. “There's a fair amount of pushback on the open office concept, and some people who aren’t accustomed to the high ambient noise and loss of personal space are looking to move back from that.”

It’s not uncommon, he adds, to see people wear a big pair of noise reducing, isolating headphones in a “very dramatic counter swing to the drive towards open office.” And whether it be the regulatory compliance or the discomfort of the IT team, few are willing to chuck cables that guarantee the 1GB/sec connections promised in a service level agreement. That’s why, Nathan says, it’s important to have a balance that meshes with each company.

“I think that the workplace design world still has to address that gap,” Nick says. “We can provide personal touchdown spaces but people still like to have everything in one place. And we're not quite there yet.”

The Evolution of Process

With every new project, ESD’s team constantly challenges itself to ensure and take ownership of tech integration in the mechanical, electrical plumbing and other systems. After all, if a tenant goes into a new conference room and can’t interact with the AV system, Nick says, they won’t use it again and the money invested in it was wasted.

All of this integration, Nathan adds, requires heavy coordination and bucking the traditional design process, which sees technology as a “cherry on top.” Rather, technology needs to be addressed in the first client meeting, discussing not only what’s currently possible in a space, but how to keep it constantly updated. You wouldn’t want, for example, to tear apart your drywall to replace your obsolete, overly complicated control systems.

Nick says ESD provides clients with budgetary pricing early in the process to get things on a tangible level and, in turn, allow the design team to move as efficiently as possible to maintain the project’s scope, schedule and budget.

The Future Is Now

Technology has helped move the workplace forward on both the real estate side and the productivity side, Nathan tells Bisnow. In fact, he adds, he’s seen the average space per employee (about 250 SF) reduced to about 150 SF/person.

And he's seen some of these trends played out with his own clients. One—a high-tech financial firm—shed a ton of large, expensive equipment and trading desks for a virtual desktop model where the equipment and cooling was centered in a back room. This new set-up not only minimized the client’s real estate needs, but saved millions in capital and operational expenditures. Another client’s real estate shrank from a multi-building campus to one 600k SF building, adopting an unassigned seating model and wireless environment.

So while there’s resistance, both Nick and Nathan believe it’ll only be a matter of time before more companies realize the benefits and competitive advantage of an integrated approach to tech in real estate.