The hundreds of people attending Bisnow’s Emerging Neighborhoods event Wednesday in Pilsen had to first walk through a gauntlet of protesters. The group, mostly from Pilsen Alliance, a social justice organization that fights to preserve affordable housing, raised concerns that developers were aiming to gentrify the neighborhood. 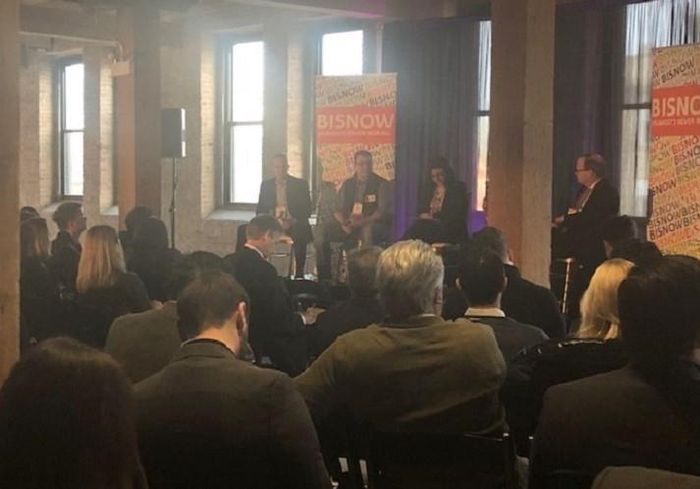 It was a reminder that many in lower-income neighborhoods see new development as a threat, rather than an opportunity.

Gonzalez is vice president of real estate development for The Resurrection Project, an affordable housing developer that works in Pilsen and several other areas, and was a panelist at the event. She believes some neighborhood residents were offended by how the event was marketed, especially the notion of developers targeting Pilsen.

The Resurrection Project has worked for 30 years to build up wealth in low-income neighborhoods, she said, and has developed 865 units, mostly for homeownership. Over the decades, Pilsen frequently struggled to attract the notice of lenders, but only recently have investors, many of whom say they want to upgrade the neighborhood, seemed intent on the area.

“As if the community hasn’t already upgraded itself," she said.

Gonzalez did have words of praise for Condor Partners and its Mural Park development, which consists of two once-abandoned factories.

“I think they have been genuine in their approach,” both in designing the project in a way that honors the artistic heritage of Pilsen, and tapping local artists to creates its murals, she said. “It’s a good start," but, she added, "this is Pilsen. This is a very vocal and resilient community, and people are going to speak their mind.” 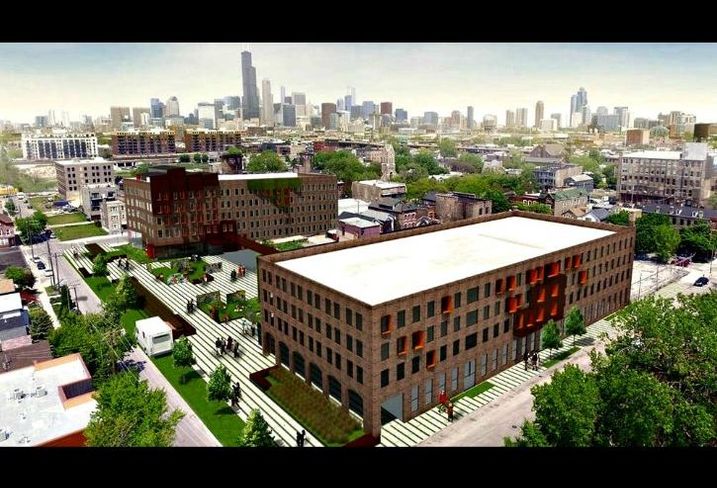 The protesters were on the minds of many at the conference, which also examined projects in neighborhoods such as Logan Square, Humboldt Park, Uptown, Edgewater and Rogers Park.

Michael McLean, a Condor partner, began the first panel by saying when the company initially looked at Pilsen, “we recognized very quickly there were concerns about gentrification.”

Therefore, instead of new housing, the company sought to create a project that would bring jobs. And Mural Park, located at one end of what will be the city’s new “El Paseo,” a 4-mile rails-to-trails cycling and walking corridor, was designed specifically for the kind of small, creative office users that would appreciate the neighborhood.

Scott Goldman, another panelist and principal of Baum Revision, said his company had owned the property, but eventually sold it to Condor. Baum Revision also saw potential largely due to the neighborhood’s character, including its diverse collection of historic buildings and “the general feel and vibe" of Pilsen.

At that point, the panel was interrupted by two protestors who had seated themselves near the front. The pair, before being asked to leave by several police officers, loudly chanted that Pilsen would “stand up and fight back.”

“This is Pilsen,” Gonzalez said again, this time as a panelist on the stage, once the hubbub subsided. "There is a lot of misinformation out there about [the development community's] intent."

She said her organization was also seen by some in the community as an agent of gentrification, but they have listened to resident complaints and protests. She hopes other developers will do the same, and be as transparent as possible when working in new areas.

"Don't put the community in a bubble. It's that simple," she said. "Think differently. Pilsen will challenge you to do that."

McLean explained what brought Condor to Pilsen. The nearby commercial streets have full storefronts and hum with activity throughout the day, giving the area a vitality that today's office users cherish.

The source of new demand for offices in such neighborhoods is not hard to identify.

"River North used to be cool and edgy, but now it's all glass and steel, so many tenants no longer fit in," McLean said.

He said the firm also followed the maxim of urbanist and activist Jane Jacobs when it chose an adaptive reuse project.

"She was the first to put her foot down and say, 'Don't tear this down, fix it,'" McLean said, also touting the neighborhood's safety and openness. "When you walk down the street, people say 'hello' to you."

It was not easy to find financial supporters who understood the firm's vision.

"We brought every banker we knew down here," McLean said. "They loved the neighborhood, loved the buildings, loved the lunch and never called us back."

"We know the feeling," Gonzalez replied.

The most significant challenge was doing a speculative office project in a neighborhood that CoStar doesn't have in its database, McLean said, so lenders have no data on rent levels. In the end, Condor's willingness to put millions of its own dollars into Mural Park sealed the deal.

Paul Tsakiris, president of First Western Properties and moderator of the panel, said another challenge for any developer contemplating such projects was the disappearance of many small community banks. The lending behemoths that now dominate the landscape don't have the local expertise to understand communities' strengths.

"No one ever got fired for not doing a loan," he said.