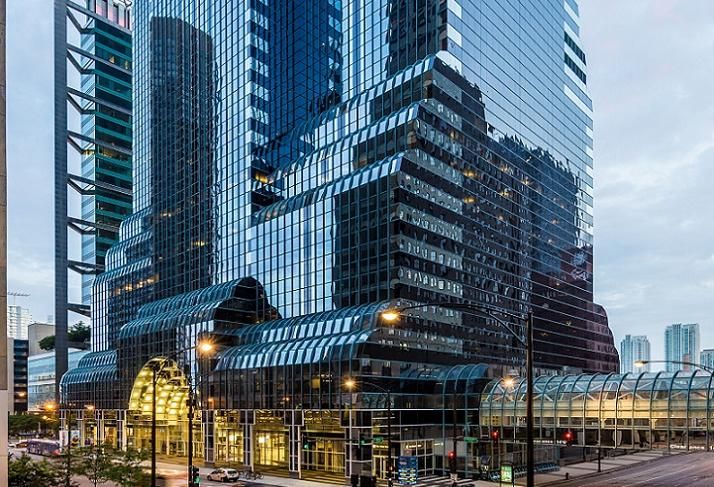 The delay of WeWork’s IPO has many questioning the flexible workspace business model, but in Downtown Chicago, providers keep expanding, and Industrious is just the latest firm to boost its presence. Company officials said Tuesday it will double its space in Accenture Tower, 500 West Madison St., from roughly 46K SF to more than 93K SF.

It is the second big win in the last several months for KBS Real Estate Investment Trust III, owner of the 40-story tower that sits above the Ogilvie Transportation Center. Earlier this summer, Accenture, a global professional services company, expanded its space by 152K SF to a total occupancy of 226K SF, making it the new anchor tenant, and KBS agreed to rename the 1.5M SF building.

“Our Ogilvie location opened in June and immediately exceeded expectations,” Industrious Director of Real Estate Doug Feinberg said. “The building is so on-brand for Industrious — it’s a highly amenitized property in a prime, walkable location — so we jumped at the opportunity to expand.”

Built in 1987, Accenture Tower is a LEED Gold-certified building. Dan Park, senior vice president at KBS and asset manager for the property, said KBS has poured about $15M into creating new amenities, which now include a two-level, 14K SF fitness center and a new tenant lounge with air hockey, shuffleboard and wine lockers. The property was recently named Building of the Year for the second time by the Building Owners and Managers Association.

Industrious expects to open the expansion space in the second quarter of next year.

Such leases have become increasingly important to landlords in the Central Business District.

“Coworking companies have tripled their footprint in Chicago since 2015 to occupy almost 3.5M SF, or over 2.5% of the overall CBD inventory,” Katz said.