Mayor Lori Lightfoot burst onto Chicago’s political stage with promises to run a transparent government that welcomed participation by grassroots neighborhood activists, groups that frequently critiqued her predecessor for shutting them out.

She also said it was time for Chicago to kick-start its affordable housing programs, especially in neighborhoods where residents complain about gentrification and escalating home prices.

Those plans hit an obstacle earlier this month. 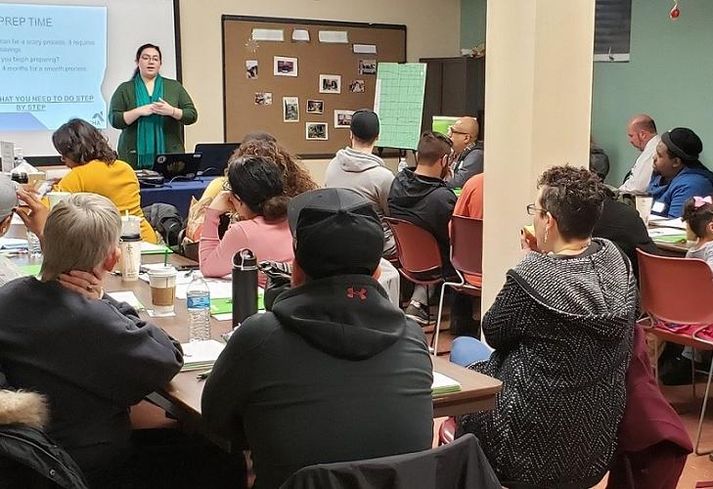 Courtesy of LUCHA
A LUCHA homeownership workshop for Northwest Side residents

The Chicago Department of Housing, which Lightfoot just established as a separate city department, proposed at a Sept. 11 City Council committee meeting a series of reforms to the Chicago Community Land Trust, which provides affordable homes to city residents that meet certain income restrictions.

Strenuous opposition came almost immediately from the very neighborhood groups Lightfoot had courted throughout her campaign.

“It blindsided us,” Logan Square Neighborhood Association Planning Director Susan Adler Yanun said. “We didn’t know the administration was going to introduce this ordinance until two days before.”

City officials proposed allowing city property owners in several neighborhoods, including Humboldt Park, East Garfield Park and Woodlawn, to opt in to a new pilot program where they could pay reduced property taxes if they agreed to a 30-year covenant and deed restriction that kept the property affordable to lower-income households.

The city also wanted the CCLT to use $3M to start acquiring and rehabilitating properties, possibly bringing it into conflict with neighborhood groups, which have come to see land trusts as effective tools in the fight to slow down gentrification.

LSNA, the Spanish Coalition for Housing, the Center of Changing Lives and LUCHA banded together during former Mayor Rahm Emanuel’s administration and formed Here To Stay, a nonprofit land trust that aims to start acquiring neighborhood homes, doing basic rehab and selling the properties at reduced prices to residents who earn between 60% and 120% of area median income, Yanun said.

“Is the Chicago Community Land Trust going to be competing for properties with our land trusts?" Yanun asked. "I hope not, because I think we should be working together.”

LSNA and the other groups had been cooking up their plans for quite a while. They had met with Emanuel’s representatives about what they wanted to do, and initially, it seemed to go well.

“My sense was that they took this idea very seriously,” Yanun said. After that promising beginning, however, city officials got quiet.

“We weren’t able to get a follow-up meeting,” she said.

The Lightfoot administration was supposed to be different, so that communication breakdown was unexpected.

“We aren’t really pointing fingers," Yanun said. "We know there are a million things to do when you first get into office, but it would have been really appreciated if someone had connected the dots.”

Complaints voiced at the Sept. 11 meeting convinced committee members, including 26th Ward Alderman Roberto Maldonado, who represents Logan Square and Humboldt Park, to recommend that the Lightfoot administration rework the ordinance after negotiating with LSNA and others.

Officials from the Chicago Department of Housing said they have no comment on the controversy, at least until they are ready to reintroduce a new ordinance, which could come as soon as the next City Council meeting Oct. 23.

Few would disagree that the CCLT needed change. A 2017 report from the Chicago Office of the Inspector General criticized the program for, among other things, using 30-year deed restrictions, rather than 99 years, and not using its funds, derived from the fees paid by housing developers to meet their requirements under the city’s affordable housing ordinance, to acquire its own homes and vacant land.

By proposing to help CCLT acquire its own property, the Lightfoot administration answered one of those criticisms, but at least in the new ordinance’s original version, it kept the deed restrictions at 30 years.

“The availability of affordable housing in every neighborhood continues to be a critical issue to Chicagoans,” Inspector General Joe Ferguson said earlier this year in an update to the 2017 report. “We urge the Department of Planning and Development and the newly re-established Department of Housing to focus on creating and preserving long-term affordability and measuring its progress toward this goal.”

The OIG’s office declined to comment on the Lightfoot administration’s latest proposal. 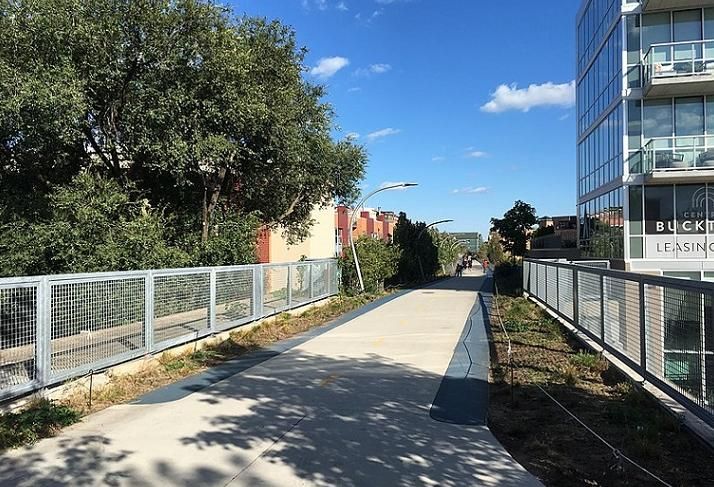 The need for land trusts, and the long-term affordability they provide, has become urgent, Yanun said.

LSNA for years funneled local residents into homebuyer training programs, but as the Great Recession ebbed and higher-income buyers started flooding into the Northwest Side, those programs began to seem somewhat futile.

“Most of the time, the people that we’re working with have to move out of the community because prices are now too high here,” Yanun said.

A 2018 analysis of U.S. census data by WBEZ showed Logan Square had had lost 20,000 Latino residents since 2000 and become a majority-white neighborhood. And according to the Chicago Association of Realtors, the median price of a single-family home sold in Logan Square during the first nine months of 2018 was $832K, up 19% from the same period in 2017, the steepest increase of any Chicago neighborhood.

“Often, our residents even have to relocate outside the city,” said Jennie Fronczak, director of development with LUCHA, a member organization of LSNA.

New neighborhood amenities like the 606 Trail, which the city opened in 2015, seem likely to increase appeal of Logan Square and the surrounding neighborhoods, and bring in even more high-income renters and homebuyers.

“The 606 is a huge, huge investment in green infrastructure, and it’s beautiful, but it’s also a double-edged sword,” Fronczak said.

“I know the neighborhood has changed ethnicities over the past few generations, but it has now been Latinx for a long time, and we want to keep family trees planted here so they can withstand the storm,” Fronczak said.

In exchange for affordable homes, Here to Stay buyers will agree that properties, which will carry 99-year ground leases, can only be resold for reduced prices, preserving long-term affordability.

“We didn’t want our affordable housing to go away in less than a generation,” she said.

A land trust could make all the difference for Juan Arrieta. The 24-year-old Logan Square resident recently graduated from Northeastern Illinois University, and has seen the neighborhood where he grew up undergo massive change.

“My parents are here, and everything I know about my life started in Logan Square, but through the years, gentrification has forced out many of my family members and friends because they could no longer afford to live here,” he said.

Arrieta also recently got married, and although he has several part-time jobs, including one as a contractor doing home repairs, he and his wife said buying a home and setting down roots is out of the question.

“I’ve seen homes that sold for just $140K a few years ago now selling for $500K, and that is just out of our price range,” he said. “If you are trying to raise a family here and you are working class or middle class, that’s just not going to happen.”

He plans to be one of the first in line when Here to Stay begins offering affordable homes for sale.

“I’m just trying to live out the dream my parents expected when I graduated from college,” he said.

Whatever struggles housing advocates initially had with Lightfoot over the land trust issue, all seems forgiven now.

After Maldonado agreed to delay the original ordinance, LSNA and other groups have had several meetings with city officials, and Yanun believes it is possible they will soon have a revamped ordinance that advocates can support as it moves through the City Council.

“They have been very responsive and very willing to talk to us,” she said.

Here to Stay is seeking funding, and Yanun is hopeful it will have enough by this winter to begin acquisitions. The trust’s goal is to buy and rehab about 20 homes, most likely two-flats, in its first two years, enough to serve 40 families.

“It’s a drop in the bucket, but it would be a really good start,” Yanun said. “The goal is to slow [gentrification] down, and provide for legacy families who want to stay in the area. Hopefully, we are on that path.”