The First Wave Of Millennials Are Nearing 40, And The Suburbs Need To Prepare For Their Arrival

Nationally, development across several asset classes is shifting from urban cores to the suburbs, yet Chicago remains an outlier. Nearly all of the 2.4M SF in new office product coming online this year is downtown. Multifamily construction continues to favor neighborhoods like Streeterville and River North.

Conventional wisdom holds that millennials prefer dense urban environments to the suburbs because they can pick up and leave with a new job in a different city, but the oldest members of the demographic are now in their mid- to late-30s, starting families and looking to settle down. The panelists at Bisnow's Chicago's Hottest Submarkets event at Oak Brook Place in Oak Brook believe now is the time to prepare for that shift, and identified five issues that need to be addressed to welcome millennials to the burbs.

1. How Are Legacy Projects In The Suburbs Being Repurposed? 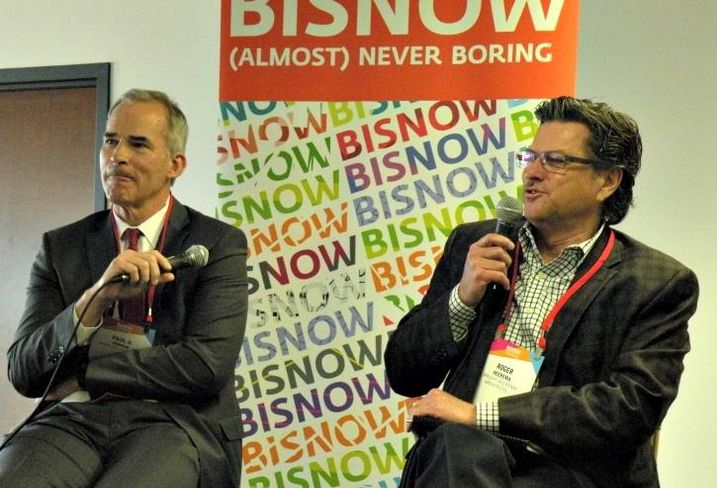 Sites like Motorola Solutions Schaumburg campus are lifting a page from the city's development playbook and are looking to bring a mix of product types and density to reactivate these sites into amenity-rich, 24-7 live/work/play areas.

Wright Heerema Architects Principal Roger Heerema said the amenities arms race is only now reaching the suburbs. A lot of suburban office and multifamily developments lack amenities that allow owners to socially activate their properties through weekly activities and events and concierge-style service.

Wright Heerema Architects is redesigning OfficeMax's former Naperville HQ at 263 Shulman Blvd. for Franklin Partners. Heerema said a portion of the space is perfect for amenities and Franklin acquired the property at a low basis, allowing it to make the necessary investment in amenities while it repositions the property for multi-tenant use.

2. What Types Of Development Will Happen Over The Next Decade? 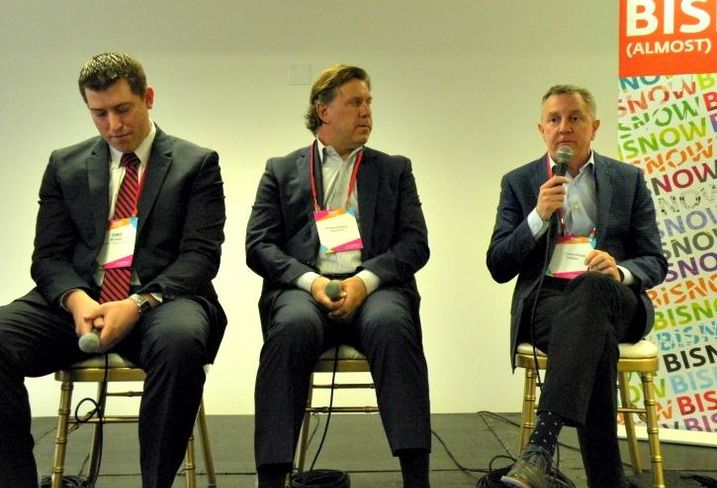 Colliers Principal Francis Prock said there will always be opportunities for suburban build-to-suit development for users with unique requirements, and Zurich's North American headquarters in Schaumburg is the best example.

Prock said the key to a suburban office turnaround lies in how developers evolve their approaches to spec developments. Class-A suburban office vacancy rates are in the low teens and trending downward. Developers will need to meet demand by building product and delivering services today's tenants want.

Oak Brook, Downers Grove and Orland Park are all hotbeds of new housing construction, panelists at Bisnow's Chicago's Hottest Submarkets event at Oak Brook Place said during a discussion about which Chicago neighborhoods are attractive to build in. Metcalf said the housing growth is happening in part so corporations can have their workforce nearby.

3. What Strategies Are In Place To Leverage Location And Attract Top Talent? 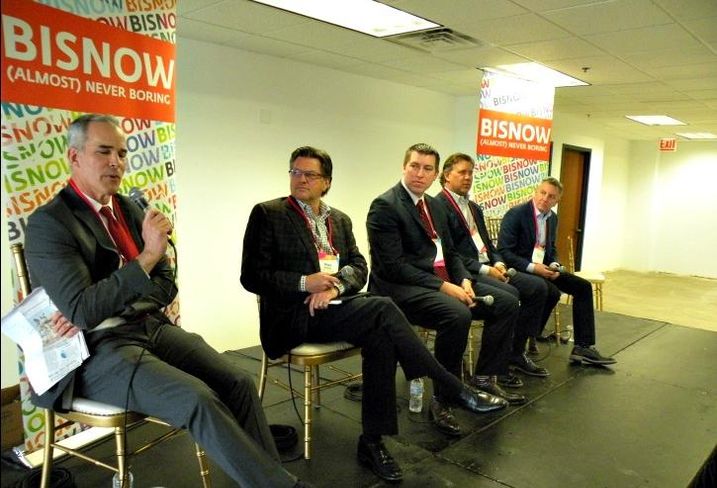 Projects like Motorola Solutions show that suburban villages now recognize they need to evolve with the times and relax restrictions on development like height maximums and setbacks. This will encourage the revitalization they seek for their fallow sites, and policymakers are working with developers to tweak their redevelopment plans.

Hamilton Partners partner Paul O'Connor said development of Hamilton Lakes, its mixed-use development in Itasca, is complete. O'Connor said his firm knew it had a good strategy in place and was patient as it worked with village officials throughout the entitlement process. It took 10 years for Hamilton Partners to get the necessary zoning for its mix of offices, hospitality, retail and apartments.

One reason Hamilton Lakes is successful is it proximity to Metra's Itasca train station. O'Connor said Hamilton Partners even found a solution to the last-mile commute. It partnered with Innova EV to provide electric shuttles for Hamilton Lakes office tenants. O'Connor uses this service to complete his morning commute from the Ukrainian Village to Itasca.

4. What Markets Will Grow The Most Over The Next Five Years? 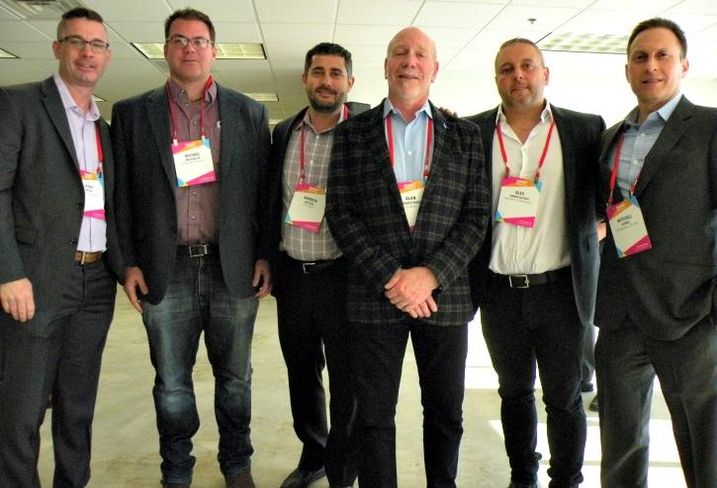 Clayco Director and Residential Unit Leader Alan Schachtman agreed that public transportation to the suburbs is key. He cited his involvement in Fifield Cos.' E2 development as an example. E2 reached 60% occupancy three months after it opened.

"It was the fastest-leasing building of my career," Schachtman said.

Condor Partners developed a senior living facility across the street from E2. McLean said E2 showed the demand for rentals in Evanston, but Condor preferred to build something complementary and meaningful.

"There was a demand for quality assisted-living in the North Shore," McLean said. "While we felt multifamily was a better use, risk-adjusted and culturally-adjusted returns made assisted living a better project for us."

5. What Role Will Technology Play? 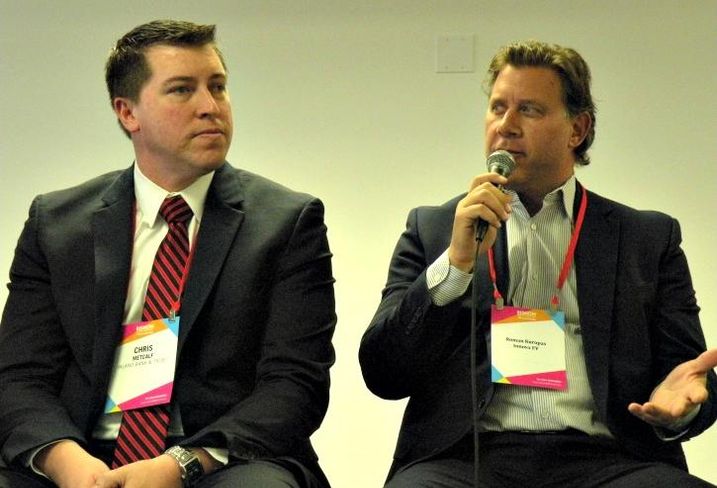 While both panels agreed Chicago's public transit infrastructure can be a boon for developers, they also recognize the network's limitations. Innova EV CEO Roman Kuropas said his firm works closely with DuPage County and developers like Hamilton Partners to expand mobility options for residents who don't have cars, either by necessity or choice.

Innova is working with DuPage County and city policymakers to address paratransit needs, as residents are demanding this from local governments. Discussions have centered on the types of paratransit options, pricing and sustainability.

Innova provides last-mile shuttles for Hamilton Lakes and Esplanade at Locust Point in Downers Grove. Over 140 tenants at Hamilton Lakes use the shuttle.