Is Tiny Commercial Real Estate The Next Big Thing? 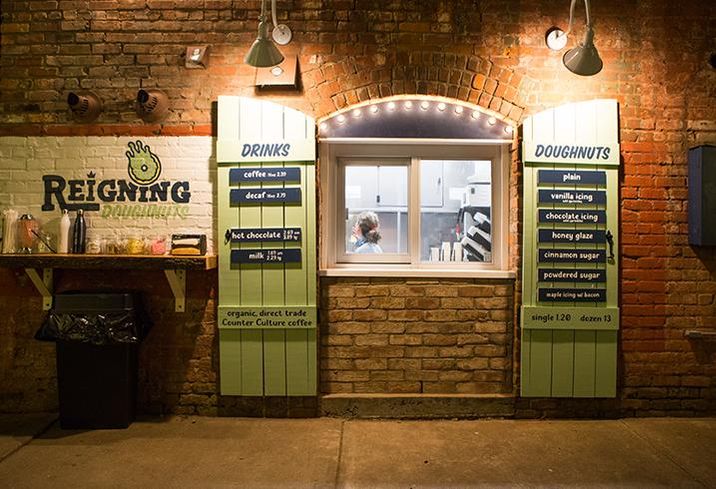 Courtesy of Alex Cason
Reigning Doughnuts takes up 90 SF in a former storage closet on 35th Street in NoDa.

Jeff Tonidandel enjoys getting doughnuts on the boardwalk at the beach with his wife and kids. So what does that have to do with a closet inside a pourhouse in Charlotte?

Inspiration, that’s what. Tonidandel, the owner of Crepe Cellar, Growlers Pourhouse and Haberdish, had a storage closet inside of Growlers with potential. With a vision borrowed from the beach and some TLC, Reigning Doughnuts was born — in 90 SF.

More than 800 doughnuts were sold on the first day. 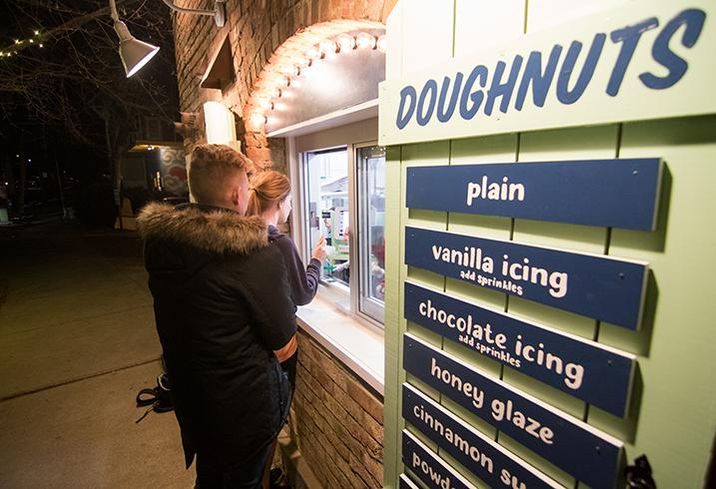 With Charlotte developers focusing on high-density real estate in a walkable, urban core, entrepreneurs are beginning to creatively use small spaces.

“Especially in pedestrian-friendly areas where parking is less of a concern, it can be a win-win,” Charlotte Chamber of Commerce Director of Business Analytics and Data Chuck McShane said.

Micro-retail, like similarly tiny product in healthcare and multifamily, can give users a foothold in expensive areas.

“In high-rent areas, small spaces cut down on overhead for retailers,” McShane said. “Property owners in those same areas can generate a bit of revenue by renting small or odd spaces they hadn’t considered viable before.”

At Reigning Doughnuts, guests place their orders via a walk-up window along the sidewalk of 35th Street, then wait outside for their names to be called when the order is ready. In this season’s weather? Don’t worry, they sell coffee and hot chocolate, too. 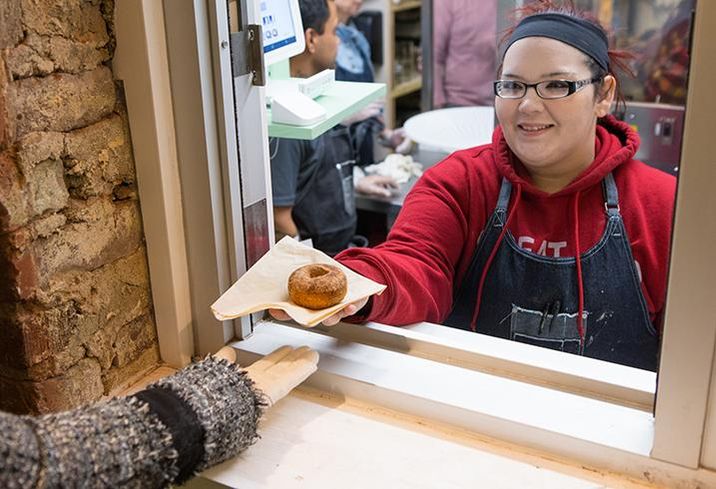 Logistics can mean everything, and the tiny dessert haven has an advantage of a beefy support system in its sister restaurants.

“We could only do it in such a small space because we have a full commercial kitchen supporting two restaurants connected,” Tonidandel said. Growlers and Crepe Cellar are next-door neighbors on Davidson Street in NoDa.

Similar to the CBS sitcom “2 Broke Girls,” where characters sell cupcakes from a window in New York City, Reigning Doughnuts is not without its spatial struggles.

“We have been running an extra person to train and learn how to operate everything, so it is funny to have four people in there trying to get an order out,” Tonidandel said. 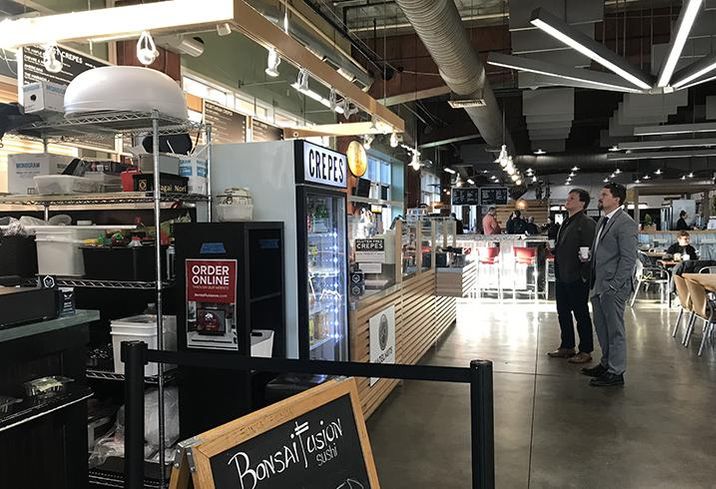 Just as Reigning Doughnuts has the support system of both its sister restaurants and the walkable charm of NoDa to entice pedestrian customers, Uptown retailers such as Latta Arcade and 7th Street Public Market function as small players adding up to a greater destination space.

7th Street Public Market, in the heart of Uptown at the 7th Street Station along the LYNX Light Rail, is a nonprofit small-business incubator that gives entrepreneurs a space to get their start, Executive Director Chris Clouden said. Retail spaces range from 126 to 800 SF.

Once inside the market, business owners can focus on their own spaces without the worry of overhead, utilities or parking for customers, Clouden said. The market also offers marketing and promotions for its vendors.

Charlotte Center City Partners Director of Retail Chris Hemans said the key for micro-retail spaces to survive is to not go it alone.

“Being on an island by yourself is not the ideal situation, but having other similar businesses that are co-located in the same space makes sense,” he said.

“The businesses are complementary; they don’t necessarily compete directly,” Hemens said. “They have the opportunity to feed off of each other and work together for their own collective good.”