Seven hours later, Richardson announced he would sell the team at the end of the year. 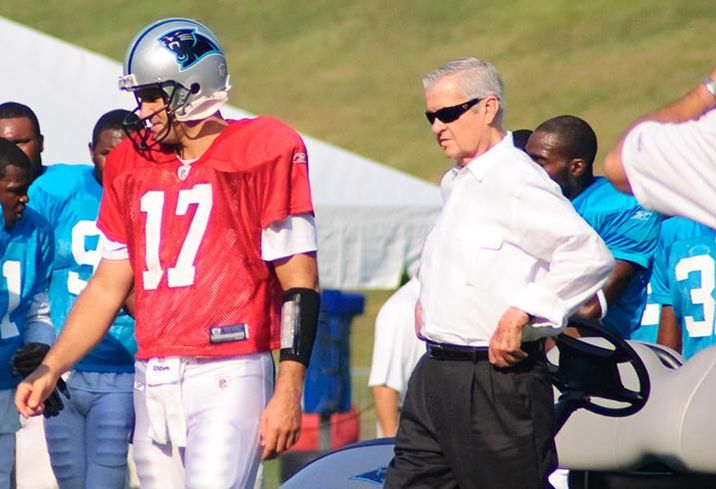 Monday, he stepped away from day-to-day operations and Tina Becker was named chief operating officer, according to ESPN.

Before Richardson owned a football team, he had made his money in commercial real estate, namely within the fast-food industry. It started with a franchise purchase from a man named Wilbur Hardee. You can probably guess where that led.

Here’s what Bisnow knows about the Richardson’s real estate history:

Together, Richardson and his business partner at the time, Charles Bradshaw, opened the first Hardee’s franchise under the name Spartan Investment Company. It was located in Spartanburg, South Carolina.

From 1962 until 1995, Richardson held titles including chairman, CEO and president of Flagstar Companies Inc. The company owned Denny’s, Carrows, Coco's, El Pollo Loco and was the largest franchisee of Hardee's.

Hugh McColl Jr., former CEO of Charlotte-based Bank of America Corp., and Richardson, under the name Falfurrias Capital Partners, purchased a controlling interest in Charlotte-based Bojangles' in 2007. Bojangles' is a fast-food concept that specializes in chicken, biscuits and cajun-style dishes. Advent International purchased Falfurrias’ shares in Bojangles' in 2011. Richardson is now a manager of New Bern JJAM LLC, which owns a Bojangles franchise in Raleigh. 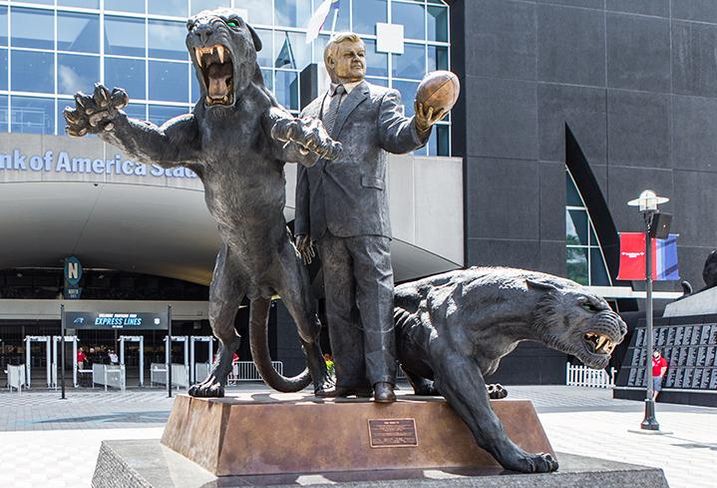 Courtesy of Alex Cason
A statue of Jerry Richardson is at the north entrance of the Bank of America Stadium.

The recently opened Wofford College basketball stadium was paid for with donations from Richardson and his wife, Rosalind. Richardson played football for Wofford before his stint in the NFL. He is one of two NFL owners in history, along with longtime Bears owner George Halas, to have played in the league.