Norwood-based Cramer does not export or import goods, but it is using shipping containers to bring in a different resource for its business: Millennials. 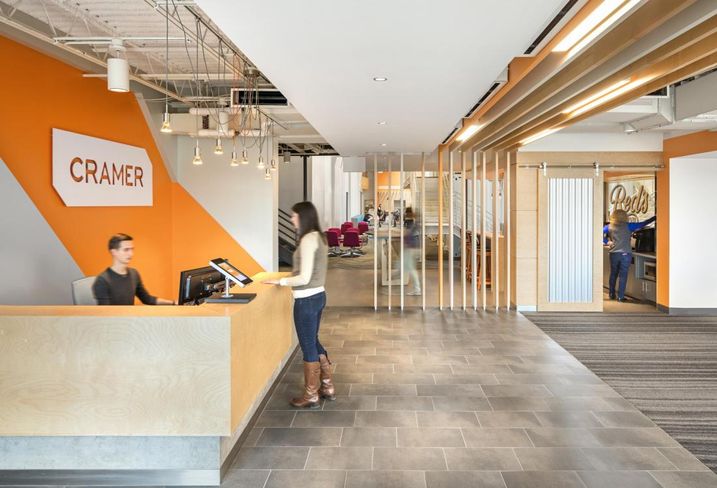 The marketing agency worked with Cambridge design firm SMMA to modernize and maximize the use of its 70K SF office spread. The design group fielded Cramer’s requests for more space for informal gatherings and a spruced-up entryway. The wish list became reality by using a medium normally seen in the Seaport's shipyards. 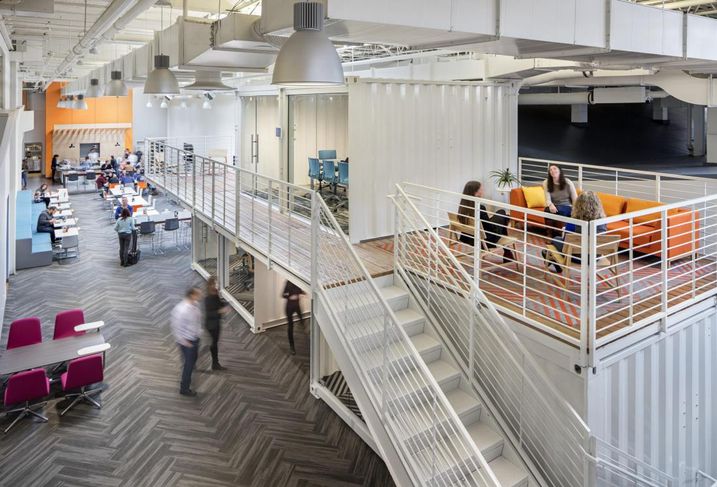 Members of the Cramer team were focused on practicality and taking advantage of its suburban office’s extremely high ceilings. The agency had contacts at Loki Box, a company that makes industrial chic spaces out of shipping containers, and wanted to use its product in a revamped office.

“[Cramer] wanted something eclectic/funky that reflected their idea-driven culture and made best use of their double-height ceilings,” SMMA director of interior design Marie Fitzgerald said. "Something that would be visually, experientially impactful on visitors and clients without sacrificing functionality." 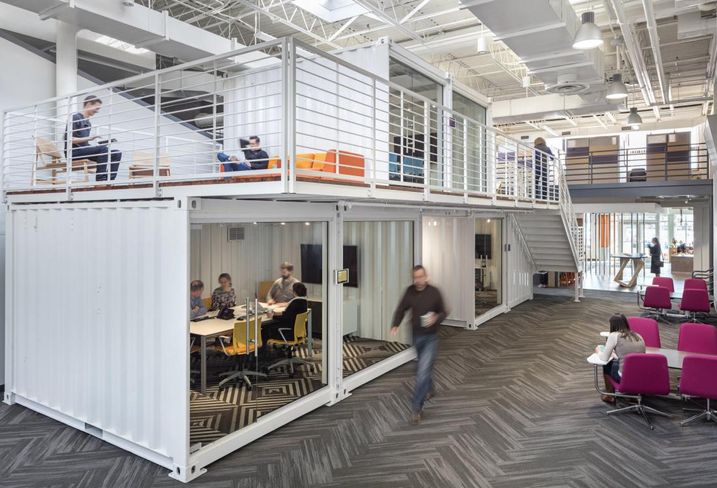 SMMA's design has been a success: Cramer employees love the creative space — and new in-house bar — to go with the company’s culture.

"The renovation purposefully created a new heartbeat and flow for our building," Cramer vice president Brent Turner said. "Starting with the new, centrally located coffee (and after-hours beer) bar and expanding through a carefully considered universe of meeting spaces, conference rooms and individual workspaces, the use — and the energy — of the space is dramatically different."