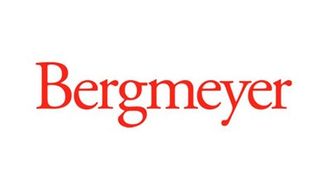 When Designing A New Property, Think About The Who, The What And The Where 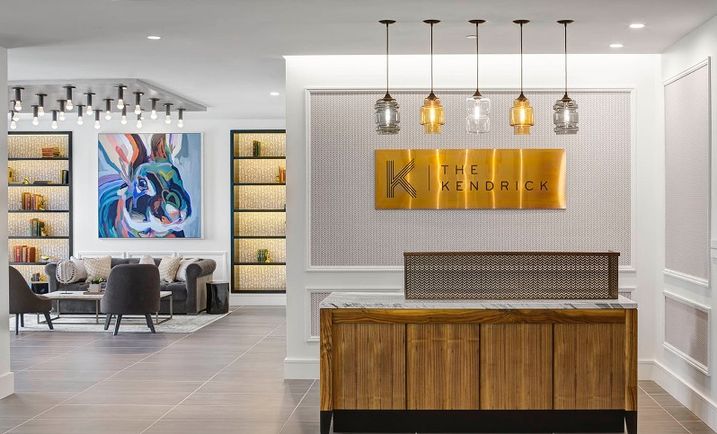 Needham, Massachusetts, is often referred to as a quintessential New England town. But its proximity to Boston, just 20 miles southwest of downtown, has led to a growing number of new commercial properties, corporate headquarters and office parks, attracting companies and young professionals alike.

The development team at Toll Brothers saw an opportunity to contribute to the area’s rapid growth, and decided to build a luxury multifamily property in the heart of Needham that would reflect the ethos of the area and the local community.

Bergmeyer worked closely with the team at Toll Brothers to design a property that would integrate seamlessly into the fabric of Needham, while also providing new amenities that residents didn’t yet have access to. The result was The Kendrick, a luxury apartment complex that offers an artistic and diverse residential experience for the burgeoning population of Needham.

"The Kendrick illustrates thoughtful collaboration across multiple disciplines, including interior design and branding," Toll Brothers Apartment Living Regional Director of Acquisitions and Development Bill Lovett said. “The result was a resident-centric designed community that we hope will be well-received in Needham.”

Before conceptualizing the interior design for the amenity and living spaces in the building, the Bergmeyer team conducted research focused on the kinds of tenants who would be leasing the apartments. They studied the neighborhood, analyzed the competition and conducted stakeholder and resident interviews that helped to provide insight into Needham’s distinct culture.

“Rather than just creating spaces based on traditional data, we went into a deep dive into who the occupants of the building would be, and created a narrative as to what their journey would be, what the day-to-day would look like,” Bergmeyer Senior Associate Stan Kubinski said. “We looked at it and asked, ‘OK, if it’s a single parent, what does this person’s week look like? What does he do when he wakes up in the morning? What type of spaces do they need? What is his daily work journey? Where does he work? What amenities does he want in the local area?’”

After surveying nearby neighborhoods and homes to better understand the local aesthetic, Kubinski and his team noticed a distinct pattern in Needham: there was a certain level of sophistication present in its public spaces, from shops to restaurants and everything in between. Combining their collected observations, resident interviews and survey data, the Bergmeyer team developed a design road map that would drive The Kendrick’s overall design and aesthetic for the interiors and amenity spaces.

As a result, Kubinski and his team designed The Kendrick's amenities, public spaces and units to reflect both the town’s style, residents and layouts that tenants had experienced in their previous Needham homes. 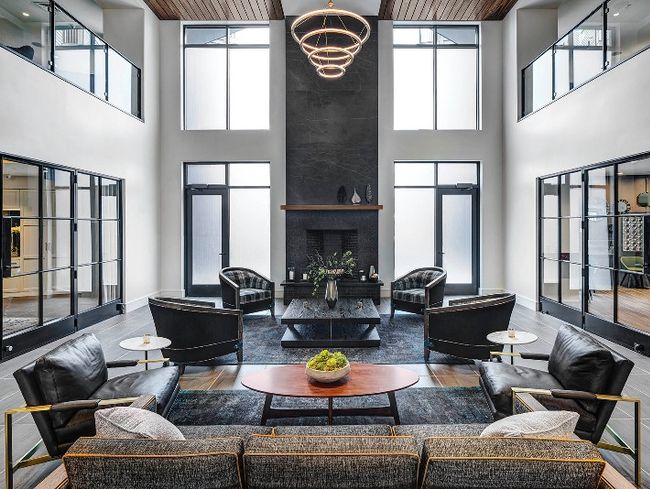 For example, many homes in New England feature a living room or family room in the heart of the house. Kubinski and his team wanted to design a similar great room experience to ensure The Kendrick had a tangible New England charm.

“What we tried to do is take the reference of New England, and what makes a home in the region so special,” Kubinski said. “So just like that experience in your house, these spaces flow and connect visually and physically to one another. It really feels like part of a house.”

When it came to amenities and common spaces, the Bergmeyer team made sure The Kendrick had something to offer every type of resident. The firm wanted to create spaces that appealed to introverts, extroverts and everyone in between.

One example of this approach is the adjacency of the mailroom area with the open lounge and bar area. Strategically located next to each other, and with open site lines, the mailroom and lounge areas flow, creating natural opportunities for residents to meet their neighbors.

“Typically when you go to get your mail, it’s in this really small hallway, and people don’t really think about it,” Kubinski said. “But we have a bit of a sense of humor here, and we like the idea of residents getting to know each other. Now when they go to get their mail they are part of this active, social area that gets neighbors to see and interact with each other.”

In addition to forging connections with neighbors, this type of area saves space. Instead of one room for a café and one room for a mailroom, Bergmeyer’s two-in-one approach empowered the team to get creative while leaving space for even more amenities. 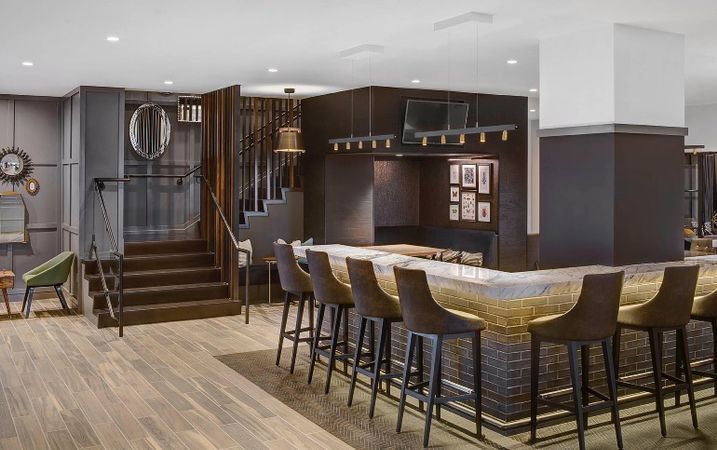 The building’s other amenities also have a local flair. Located on the northwest tip of Cutler Park and along the Charles River Peninsula, The Kendrick’s amenities encourage residents to explore the great outdoors. In addition to indoor climbing walls, meditation rooms and cycling classes, The Kendrick offers a gear room with a bike and kayak rental service. The gear room features furniture with local hiking and road maps, as well as tables made out of bike tires, with spokes included.

The firm enlisted Boston Art, a local art consultant, to help the design team and client select artwork that combines the art and history of the local area with the lush finishes of a private home.

“We chose artwork with a lot of New England references, and a lot of it is actually kind of quirky and fun,” Kubinski said. “Part of the moniker was a 'made you look' concept, where things aren’t quite what they seem until you look a little deeper. The artwork tells a story and weaves together through the whole building.”

The Bergmeyer team considered how the types of people living in The Kendrick would interact with the art. For example, the artwork appealed to a target market of empty nesters and older Needham residents, who have come to expect a level of finish and opulence in their houses. People who visited enjoyed experiencing the artistic element of the building, Kubinski said. Based on this success, the firm has replicated an art-forward approach in many of its other projects.

“This approach has been successful because it allows you to get into the personality of the user,” Kubinski said. “Each project has its own personality, customized for users and for the area where they live.”

This feature was produced in collaboration between Bisnow Branded Content and Bergmeyer. Bisnow news staff was not involved in the production of this content.