With office vacancies approaching record lows, one Boston developer is taking a page from the multifamily playbook to make its downtown project stand out. 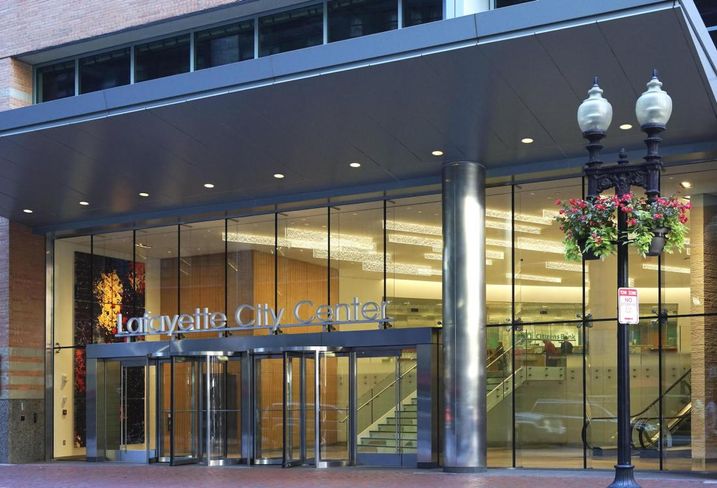 “We’ve figured out an interesting way to transform something that is popular in the residential market,” The Abbey Group Managing Partner Audrey Epstein Reny said. “We’re aligning a property with Hyatt to give tenants access to the amenities available in a hotel environment.”

Hotels like the Mandarin Oriental in Back Bay and the Four Seasons Boston have provided amenities for associated condo developments for years. But as millennials have aged into the workforce, office tenants have increasingly looked for hotel-like amenities to attract talent. Rather than build those within its Lafayette City Center, The Abbey Group looked to the Hyatt Regency Boston next door for a solution.

“This is a great model that is unique for us in our portfolio, and I think it’s one that works,” Reny said. “We’ve seen the building attracting a number of tech-type tenants and have been figuring out ways that would appeal to the types of employees working in those companies.”

Overall office vacancies in Boston were 10.5% at the end of 2017, according to Colliers International research. The tightening market has forced developers to get creative to woo companies, and that typically means more allocated space.

While developments in the past typically required 3% of space for things like a gym and on-site dining, building owners looking to land high-profile tenants should plan on reserving 12% or more space for amenities, according to a 2015 Colliers report. 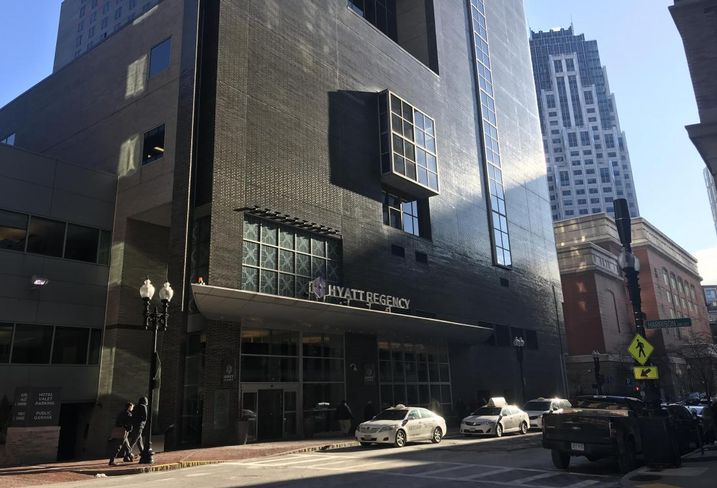 “Amenity space, including workout areas, are increasingly critical for facilities striving to compete on the higher end of the scale, even despite low vacancy rates in many of the areas these assets are situated,” Perry Brokerage Director of Intelligence Brendan Carroll said. “These amenities do inherently cut into the building’s inventory of potential money-making space.”

The Abbey Group bought what was the Lafayette Corporate Center (and the Lafayette Place mall before that) in 2002. State Street Corp. was an anchor tenant at the property but announced in 2012 it was moving to the Seaport. It was not the only financial firm to ditch downtown for the waterfront neighborhood, and the mass exodus has led to tech companies heading to the Financial District for growth opportunities.

After redeveloping the property, The Abbey Group rebranded it as Lafayette City Center and attracted the likes of business mobility company VMware, Sonos and Carbonite. Landlords have been trying to understand and accommodate the culture of tech companies, Reny said. While that has entailed improving outdoor spaces and bringing in pop-up lunch providers like Fooda, the developer’s exclusive partnership with the Hyatt Regency has enabled the building to offer heightened amenities.

“One of the most unique amenities we can offer tenants is access to fitness, yoga, group runs and 24K SF of function space,” Reny said. “It’s way more than a property owner would put in their own building.” 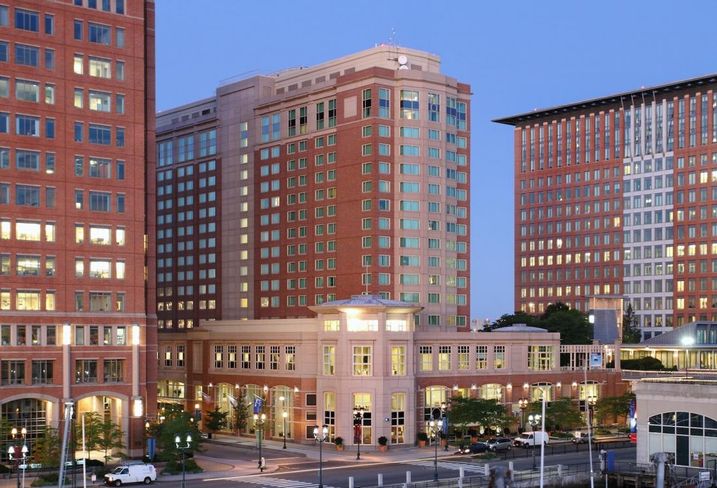 While hotel partnerships like the one with Hyatt and The Abbey Group are relatively new, office tenants and developers are not the only ones to benefit. The Seaport Hotel provides a variety of amenities for nearby Seaport office tenants, including food and beverage discounts and complimentary trial access to its Wave Health & Fitness. The relationship has enabled the independent property to remain competitive even as more national hotel brands are popping up in the neighborhood.

“The hotel has truly become the neighborhood hotel,” Seaport Hotel & World Trade Center Vice President of Sales and Assistant General Manager Marianna Accomando said. “We have developed relationships not only with the various tenants, but with many of the individuals working in the offices around the area, and we truly appreciate their business.”

“It’s a win-win for both of us,” Reny said. “It enables them to have access to a great pool of potential customers, and it offers our tenants access to the things they need. Conveniently, they don’t have to go outside.”