A Boston developer wants to showcase the city’s innovative spirit and fight the onslaught of short-term rentals in his upcoming South End hotel. 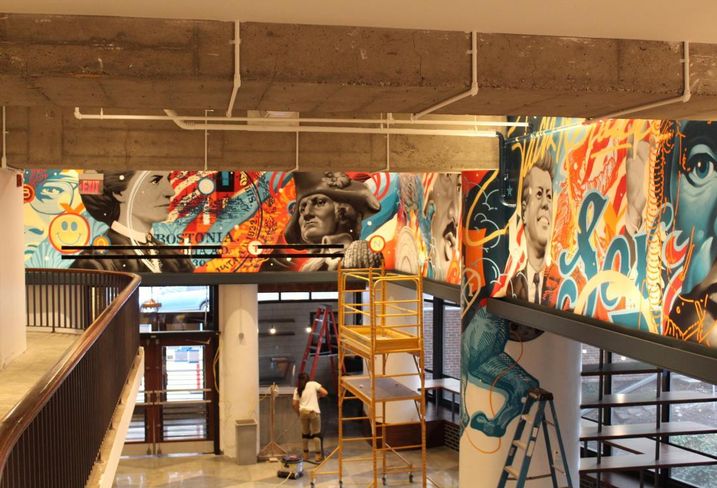 Bisnow/Cameron Sperance
The lobby at the Revolution Hotel features a mural by street artist Tristan Eaton.

“This is like an Airbnb killer,” Mount Vernon Co. founder and Chairman Bruce Percelay said. “You get your Airbnb pricing, but also a social experience."

Boston’s hospitality industry notoriously has Airbnb in its crosshairs, and Percelay thinks his upcoming Revolution Hotel will take back some market share. Formerly a hostel, the Revolution, at 40 Berkeley St. in the South End, will feature 164 rooms targeted at younger travelers. The hotel rooms are on the smaller side, but the developer said that is why he is going to be able to make his hotel one of Boston’s most affordable.

The Boston and Cambridge 2017 average daily rate for hotels was $258, according to Pinnacle Advisory Group. Rooms at the Revolution will average around $150 per night, and Percelay said guests should not expect accommodations akin to the property’s hostel past, although some will have shared bathrooms. 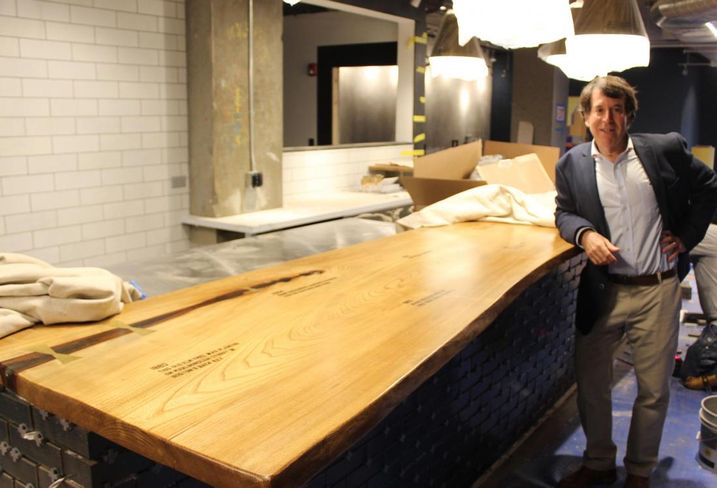 Mount Vernon bought the building in 2014 for $17.2M and plans to open the hotel in December. Percelay was previously in advertising and has used his creative side in designing the property with a nod to Boston’s knack for innovation.

The hotel is decorated with more than 160 items that were invented in Boston, ranging from the newspaper to the Chuck Taylor sneaker. A column in the lobby will be outfitted with other Massachusetts firsts, like the telephone and a computer mouse. A basement lounge will include coworking space accessible only to members and hotel guests.

The lounge’s bar is made from wood of a 130-year-old tree that fell in Back Bay last year. It will now provide a history lesson for guests waiting for a cocktail. Percelay’s team has branded into the rings of the trunk historic Boston events, ranging from Revere Beach becoming the country’s first public beach in 1895 to Mark Zuckerberg launching Facebook from his Harvard dormitory in 2004. 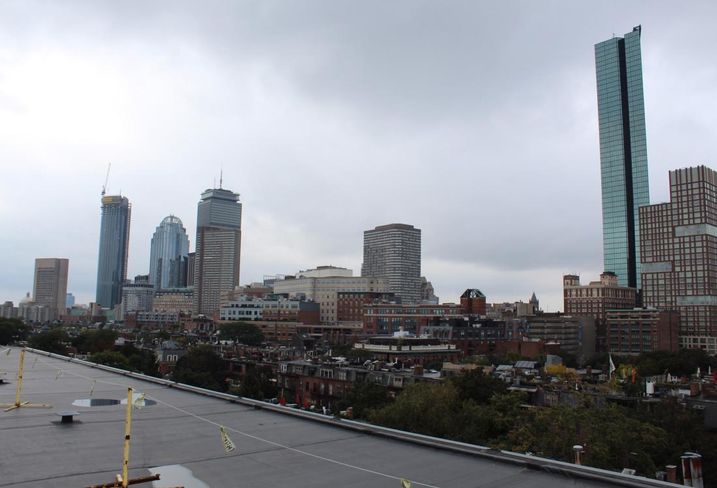 Bisnow/Cameron Sperance
The Revolution Hotel will feature a roof deck when it opens later this year.

“There’s just nobody who thinks at this level,” Percelay said.

Los Angeles street artist Tristan Eaton was commissioned for murals throughout the lobby. The hotel rooms include art by Boston artists, and guests staying in rooms that rely on shared bathrooms down the hall shouldn’t expect something reminiscent of their college dorm. The hallway bathrooms feature private shower and toilet areas, and displays in the individual rooms tell occupants when the bathroom's doors are locked.

The roof will be open for events, and an indoor/outdoor restaurant concept is being developed for the street-level courtyard. While Percelay has gone to great lengths to make his hotel stand out, the Revolution won’t be the only instance of a hospitality brand taking aim at industry disruptors. 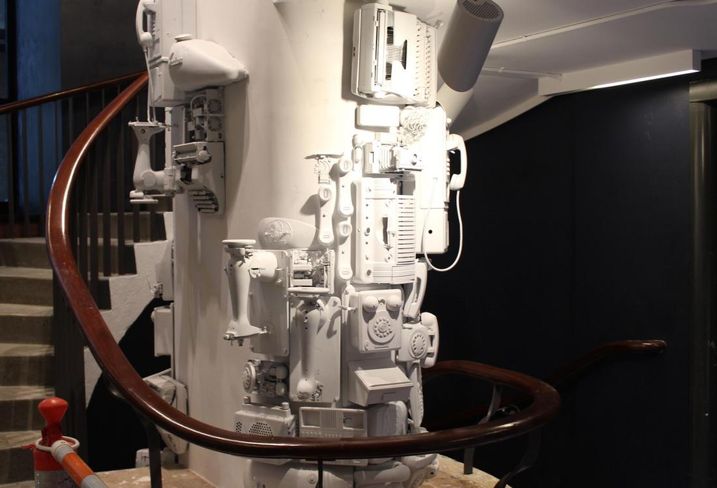 Hilton on Tuesday launched Motto, a brand it calls “a hostel on steroids.” The company is targeting a midscale clientele that wants the value of a hostel with the safety and comfort of a traditional hotel. Rooms will average around 160 SF compared to the 340 SF average midpriced hotel room size. Hilton plans to bring the brand to Boston as well as cities like Lima, Peru, London and Washington, D.C.

Boston University School of Hospitality Administration marketing professor Leora Lanz thinks there is room for hotels like the Revolution and brands like Motto to vie for customers who would normally book in a hostel or Airbnb.

“Calling it an Airbnb killer is brave, but will it certainly have an audience? I believe so,” she said. “Boston is doing really well and needs a variety of accommodations for the variety of visitors who come here. Is this something the greater industry is exploring? Funny enough, the timing is incredible.”