Boston developers continue to enjoy a building boom in New England’s largest city, but some wouldn’t mind a downturn to help with the region’s notoriously high building costs. 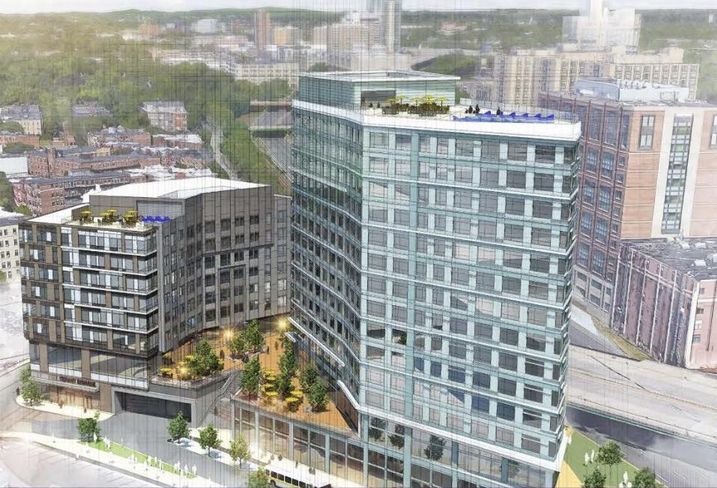 “The biggest help to bringing down costs will be a market correction,” Gerding Edlen Director Matt Edlen said. “There are many out there who can’t wait for that to happen. It’s a weird thing for a developer to say.”

Owning a home in Boston isn't cheap, and developers have stressed that comes from high building costs. A typical one-bedroom unit in Boston costs developers roughly $450K to build, and that translates into higher rents for residents.

“The cost burden requires you to underwrite a staggeringly high rent,” said Edlen, who is speaking at Bisnow’s Boston Construction & Development event Jan. 24. “It’s hard for really anyone to underwrite anything that is a little more market-friendly.”

While a market correction would play a significant role in bringing construction costs down, other factors will also help. Negotiations with building trades, prefabricated building materials and political pushes for more units of housing are among the alternative solutions Edlen said will play a part in making Boston more affordable to live and develop.

Gerding Edlen is behind Boston multifamily projects like The Troy in the South End and The Eddy on the East Boston waterfront. Its latest project, the Fenway Center, is its most ambitious: Its second phase calls for decking over the Massachusetts Turnpike near Fenway Park and erecting a 27-story mixed-use tower over the busy highway in the project’s second phase.

The $240M first phase currently under construction is slated to deliver 312 apartments, 37K SF of retail and a 12K SF air rights deck over Yawkey Station sometime in 2020. 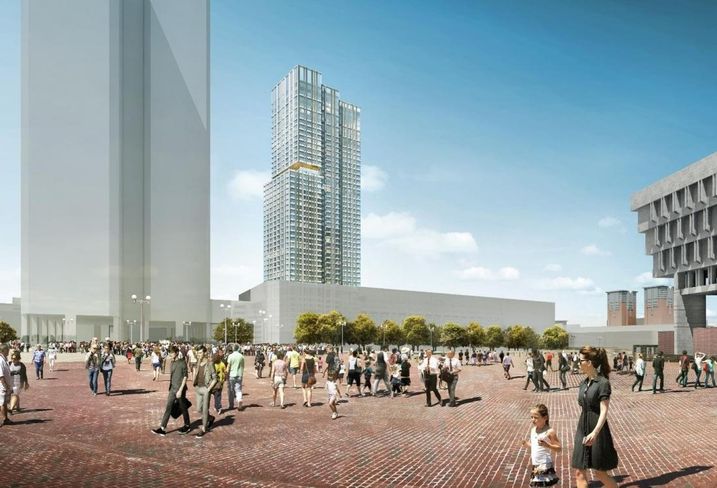 There are several air rights proposals currently floating over the Mass. Pike, but the last air rights project that was successfully completed was Copley Place in the 1970s. The financing and logistical burden has left many projects on the drawing room floor. Decking over rail yards and industrial space in Widett Circle, once touted as the future home of a Boston Olympic stadium, was estimated to cost $1B.

Gerding Edlen, which is developing the Fenway Center in a partnership with Meredith Management and TH Real Estate, is working with Massachusetts officials and the Massachusetts Department of Transportation to figure out a model for all air rights projects and how to share the cost burden on decking.

“What we have done is not look at this as a one-off deal,” Edlen said. “How do we simplify the process so when you get to the real heart of deals like this, we’re all on the same page?”

While a downturn would help with building costs, Edlen and other local developers don’t expect Boston to feel much pain in the market correction many economists expect sometime soon. Cranes dot the sky from the Seaport to the South End and over to Cambridge. 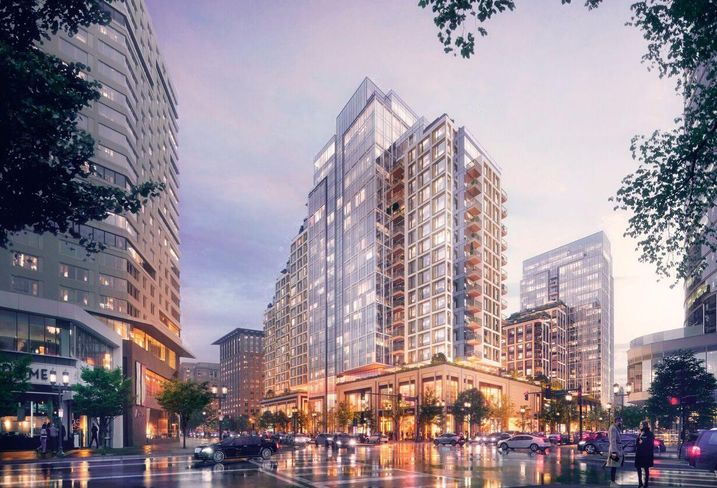 While Hurley said a market correction could bring some construction headwinds, Boston’s diverse economy keeps HYM bullish on its hometown.

“Boston benefits from great market conditions (stronger, by comparison, than national averages in almost all respects), and investors and developers who have a longer-term outlook on Boston may not be deterred by any sort of market correction and move their projects ahead,” Hurley said in an email to Bisnow.

“It's a very exciting time for us on Seaport Boulevard,” Cottonwood Group Project Executive and Head of East Coast Development Rebecca Mattson said.

While EchelonSeaport might arrive about when some economists predict a market correction, Mattson said the higher education and healthcare foundations to Boston’s economy makes it less boom-and-bust than other parts of the country. She also said the city’s tough permitting and construction process also keeps a limit on supply. That will be good news to developers hoping to get a project off the ground in the next few years.

“With housing, which is undersupplied, and certain markets screaming for inventory, such as Kendall Square, it’ll take us a while to satiate that demand even in the face of a national softening,” Mattson said. “As a result, many of these projects on deck for 2019 to 2020 should cross the finish line — or cross the starting line, which is often the harder of the two.”