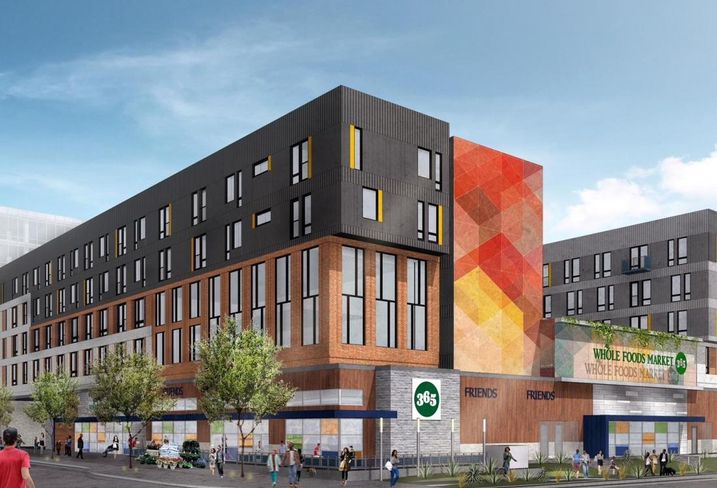 Austin’s first Whole Foods Market 365 will be at Saltillo, the mixed-use development adjacent to the Plaza Saltillo rail station.

Whole Foods Market 365 is Whole Foods’ value-focused brand. Whole Foods, recently acquired by Amazon, has signed a lease for 30K SF within the 10-acre project. The project is being developed as a joint partnership between Austin-based Endeavor Real Estate Group and Dallas-based Columbus Realty Partners.

The Saltillo location will be the eighth Whole Foods Market 365 and the second for the area. The other location is in Cedar Park. Other food and beverage establishments that have signed leases with Saltillo include Barcelona, a wine and tapas concept, The Ginger Man, Tarka Indian Kitchen, Epoch Coffee, Snooze, gelato-maker Dolce Neve and Stout Burgers & Beers.

Cielo Property Group broke ground on The Foundry at Fourth and Comal in East Austin. The mixed-use office and residential project will become the new regional office for DPR Construction.

DPR, which will serve as general contractor on the project, has leased 30K SF in the three-story, 76K SF office portion of The Foundry. Eleven of the project’s 17 condo units are pre-sold. 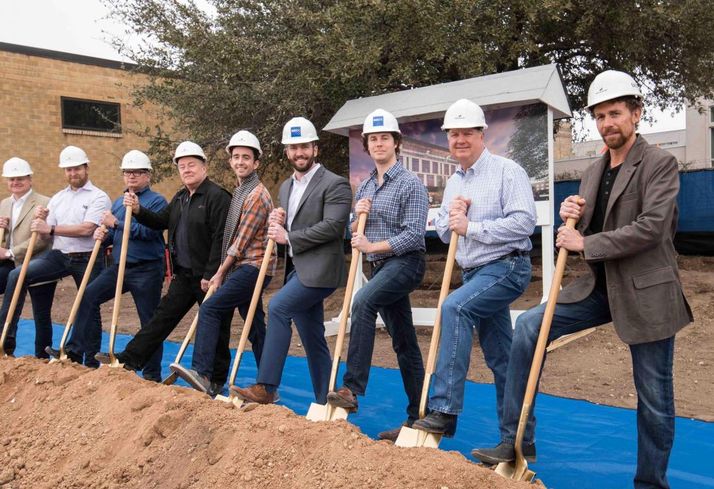 Main Street Hub, which was acquired by Go Daddy last month for $125M, will be moving from downtown office space. The project will be one of the first Class-A office projects for East Austin, behind the new Oracle campus.

“East6 is a first-of-its-kind development for East Austin,” AQUILA Commercial principal Mike Murphy said in a statement. “It is one of the first single-tenant Class-A office developments of this size on the Eastside, and we couldn’t be happier to have Main Street Hub, a company built in Austin, occupying the building.”

The project will be a 115K SF single-tenant office development. Three stories of office will sit atop four stories of underground and above-ground parking.

Main Street Hub will consolidate 550 employees on the property, which should be delivered in spring 2019. 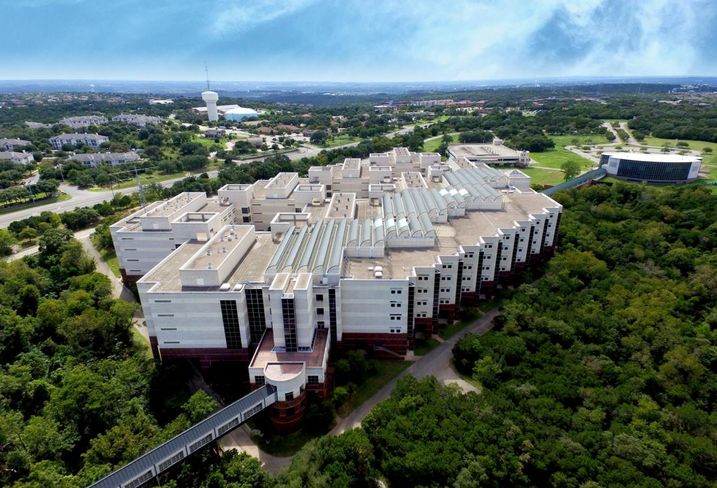 World Class Property Co. closed on its acquisition of the 158-acre 3M campus in Northwest Austin.

3M will continue to occupy the campus until 2019. World Class will immediately begin marketing the campus to new tenants. At 1.3M SF, the main campus is the largest contiguous office space in Austin.

The property could expand to as much as 3M SF of office space. 3M, which announced the sale last year, intends to move to the Parmer Business Park in northeast Austin being built by Trammell Crow. 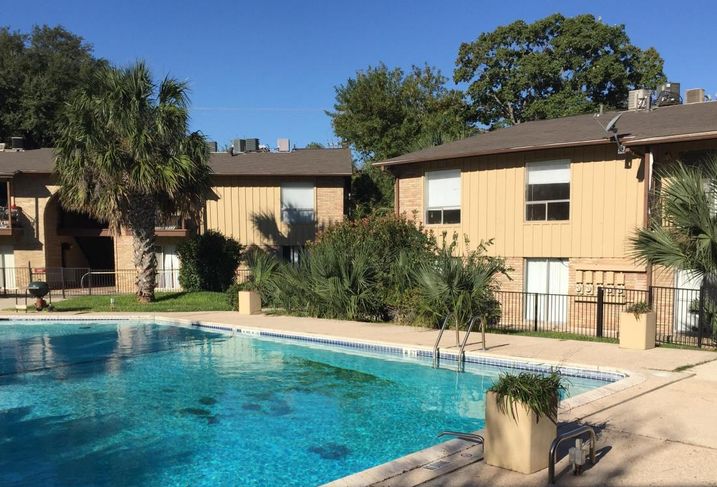 “We’re excited to continue pursuing the San Antonio market,” Sterling principal Michael Barker said in a statement. “La Fiesta is in a great location, and we see an opportunity to maximize its value by repositioning and improving upon the property.”

Sterling plans to invest in the property, built in 1970, by improving landscaping and other common areas, as well as renovating apartment interiors. 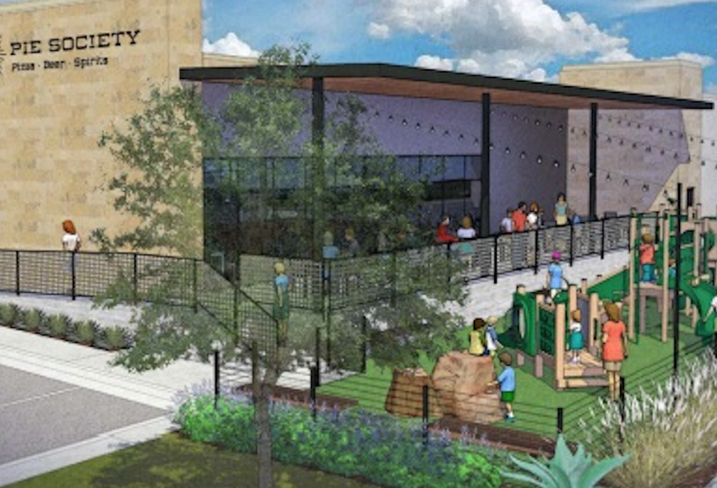 JLL was selected as the strategic leasing partner for anticipated retail development Wolf Crossing in Georgetown.

The 42-acre, 250K SF retail development by CSW Development at Interstate 35 and Texas Highway 29 will serve as an entrance to Georgetown’s historic downtown. The development will include several restaurants, a hotel and a grocery store.

Two concepts have leased space in Culebra Market, a shopping center at the southeast corner of Loop 1604 and Culebra Road. Pasha Express has leased 2,020 SF for a Mediterranean restaurant and Best Choice Dental has leased 1,500 SF. 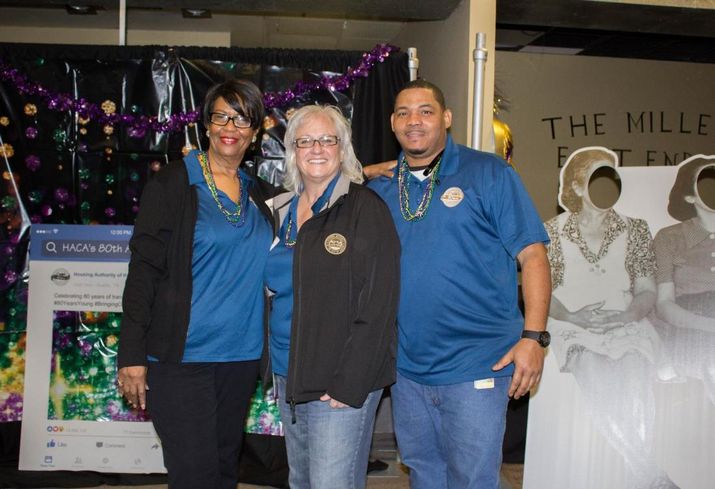 The Housing Authority of the City of Austin celebrated its 80th anniversary at the Millennium Youth Center Monday.

HACA was one of the first three housing authorities created in the United States as a result of the Housing Act of 1937, co-authored by then-Congressman Lyndon Baines Johnson. The authority organized in late 1937. The first housing project, Santa Rita Courts, opened in East Austin in 1939.