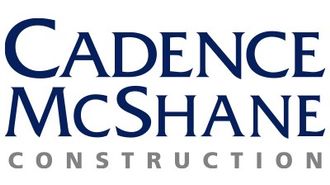 5 Reasons You Should Be Paying Attention To San Antonio 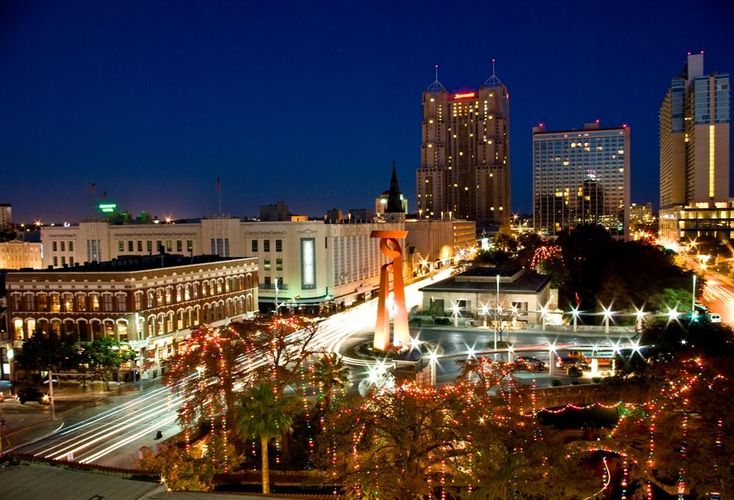 During his time with Cadence McShane Construction, VP and Central Texas general manager Srinath Pai Kasturi, LEED AP, has seen remarkable growth in the Lone Star State that has consistently outpaced the national average, even during the worst years of the recession. And despite uncertainty in China, low oil prices and a shaky stock market, experts anticipate Texas to have continued growth for the foreseeable future, as the state’s business-friendly atmosphere has made boomtowns out of cities like Dallas, Houston and Austin. But now, Cadence McShane and Srinath believe San Antonio is about to have its moment, and that’s why it opened a new office in the Alamo City in October 2015.

Not only does the new office give the firm a presence in all major cities in Texas (including its Dallas HQ and regional offices in Houston and Austin), but it also positions Cadence McShane to take full advantage of San Antonio’s growing demand across both public and private sectors and all asset types. But why make the move after all this time? Srinath gave Bisnow five reasons why you should have your eye on San Antonio in 2016.

The Overall Growth of Texas 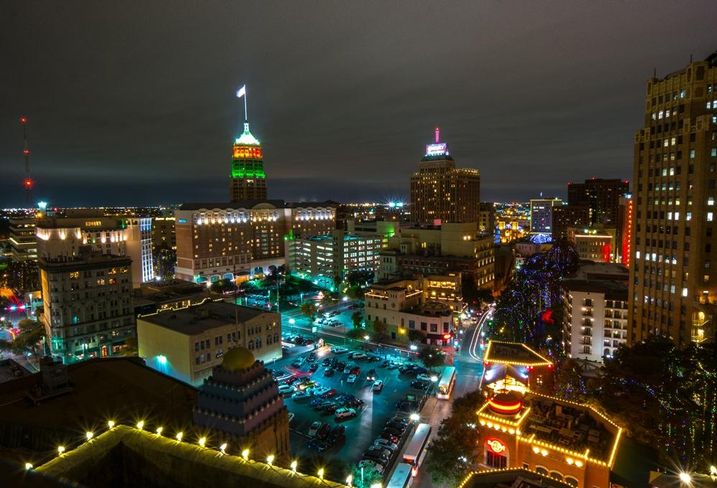 Texas’ major metros are consistently topping rankings of the nation’s fastest-growing cities in terms of employment and desirability. Srinath points to a broad range of factors, including its low cost of living compared to competitors like California, its talent pool, its lack of a state income tax, and the incentives packages implemented by state and local governments to encourage businesses to relocate and expand.

One incentive that stands out to Srinath: Chapter 380 Economic Development Agreements, which are loans and grants of city funds at little to no cost used to promote economic development and stimulate commercial activity. Naturally, he says, these are very attractive to anyone who wants to set up shop in Texas. 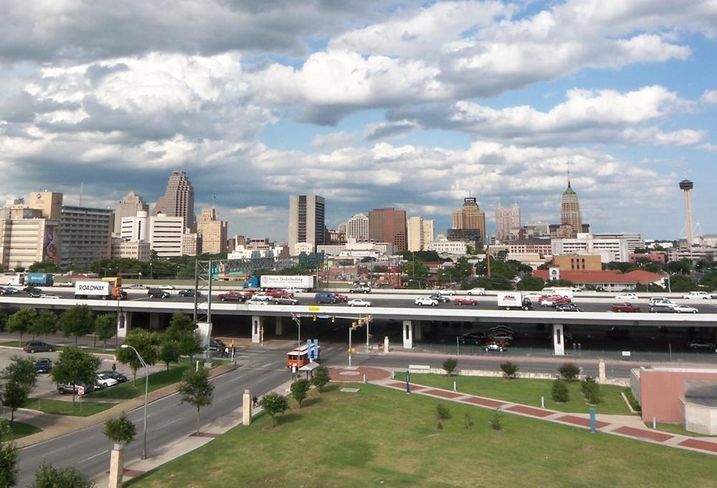 Photo Courtesy of King of Hearts

Until recently, San Antonio has been the sleepy neighbor next to the exploding trifecta of Dallas-Fort Worth, Houston and Austin. Not only is San Antonio being filled in by its own rising demand, Srinath says, but it's also benefiting from its I-35 corridor connection to Austin, which is in the midst of a tech boom. He draws a parallel to the Dallas-Fort Worth area from back in the day, when the two separate, midsized cities connected to form the huge Metroplex we know today. Srinath believes a similar transformation is in place for the Austin-San Antonio area, and so Cadence McShane hopes to have a presence in both places and connect the corridor. 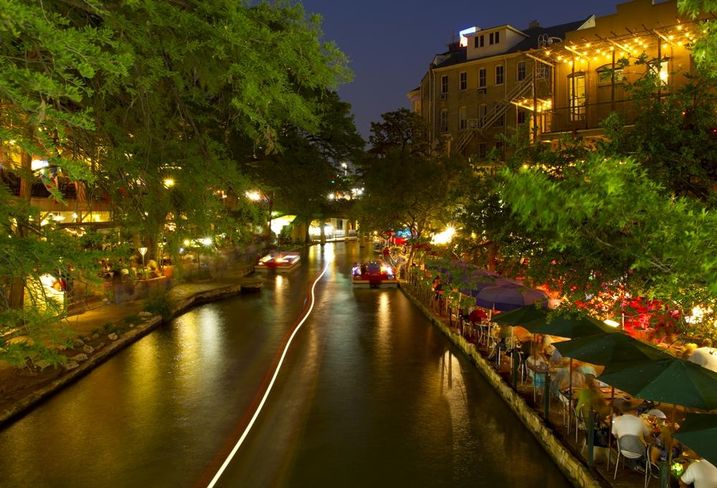 From 2003 to 2007, San Antonio saw 22,060 new jobs created when 97 companies—including Toyota, Microsoft, Washington Mutual, Accenture, American Funds, Caterpillar and Wachovia—opened shop in the area, arriving on top of the city’s sizeable base of existing employers. Clear Channel, Valero and USAA are respectively the nation’s largest radio company, largest refiner and one of its largest insurers, and they all originated in San Antonio. This massive flood of office tenants has significantly boosted office rents, and Cadence McShane has been working tirelessly to maintain a steady supply of office parks and impressive office buildings. Although smaller than other Texan metros, San Antonio’s biomedical sector is by no means insignificant, with over 15 major biomed firms based there. Overall, San Antonio’s growth has been exceptionally well-rounded, avoiding the overdependence on one industry that eventually spells slowdowns for similarly fast-growing cities. 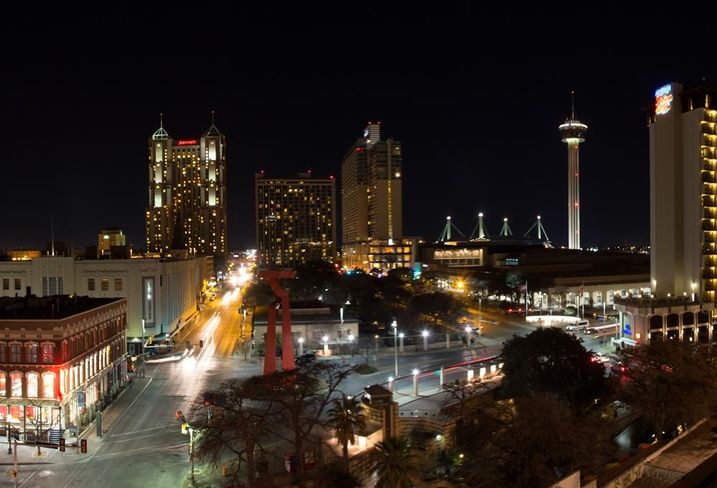 Although the diversity of San Antonio’s private sector economy makes it a safe bet, Srinath maintains that nothing is guaranteed, so it's smart to keep a foot in public projects.

“The capital market can dry up,” he says. “The global economy is such that if something happens in China or in Europe—or any other place—that can have an impact on us, so the private market is good when it's going, but when it slows down, it's not pretty at all.”

Staying “diverse by design,” Cadence-McShane has striven for a 50-50 ratio of public to private sector projects, though Srinath acknowledges that maintaining such a perfect balance is seldom actually feasible. Nonetheless, San Antonio presents ample opportunities and bond packages for companies looking for a secure foothold in the public sector.

For example, with the big expansions of the bases at Fort Sam Houston and Lackland (which includes an NSA facility called the Texas Cryptologic Center), the city has seen a substantial gain in the number of military jobs. Srinath says that “the city work—whether the K-12, higher ed or military—is always there. It’s never dried up in the past, so it’s a good mix to have, and we've been fortunate over the years to maintain a presence in both arenas."

Banging On All Asset Class Cylinders 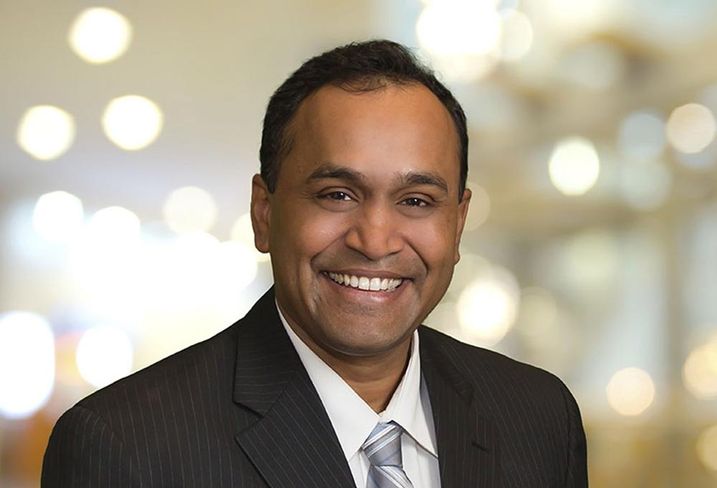 Naturally, with this massive economic boom, Srinath says Cadence McShane has huge pipelines in all the major asset classes, not just office. A true sign that San Antonio’s maturing as a market, Srinath says, is its multifamily sector, which has gone through a tremendous boom, not only because of the explosion of new jobs and offices, but due to a shifting mindset.

“You have Gen X and Gen Y job seekers that don't want to go through the traditional American dream of owning a mortgage,” Srinath explains. “So they want a space that not only can fit all of them, but is impressive as well."

That’s one of the reasons Cadence McShane is working with a potential client on a high-rise multifamily project with an automated parking system, which “isn’t something you’d usually see in a typical project, and shows how dedicated the city is to changing its image, necessitated by growth of course.” The firm's also constructing Vitré, a 242-unit mixed-use development, and Villas at The Rim, a four-story, 427-unit luxury multifamily project. With multifamily and office exploding, Srinath says, there’s a been a chain reaction in other sectors, with retail and industrial following suit. For example, the firm is working on construction of Doerr Lane Industrial Park, a 214k SF cross-dock industrial building in Schertz.

All in all, Texas’ surge shows no sign of slowing down while these factors remain in place, and San Antonio will continue to benefit from Texas’ nation-leading growth. 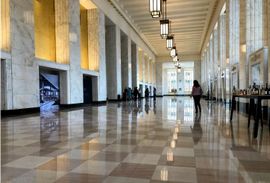 Confirmed! You are subscribed to the Bisnow Austin - San Antonio Newsletter.