When it comes to investor appetite, Atlanta has gone from being the red-headed stepchild to one of the belles of the ball, especially when it comes to multifamily. That trend may not be ending anytime soon. 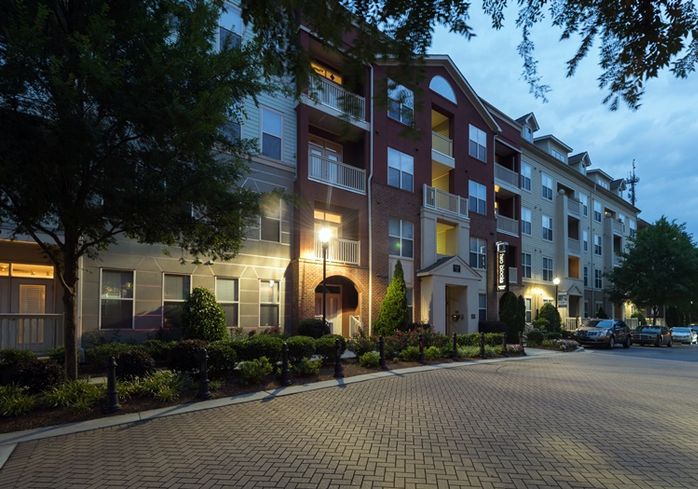 
Two Block Apartments in Dunwoody, which was bought by Passco in October for $180K/unit

“I'm not ... surprised by that at all,” Muoio said. “Atlanta's not in that priced-to-perfection, riskier profiles” like Miami or New York City.

Cities like Atlanta, while taking longer to recover, are now showing job growth and rent growth across real estate asset classes, making them targets for investors both domestic and foreign.

Atlanta's apartment fundamentals should continue to hold up this year, according to Marcus & Millichap. In a recent report, the firm's researchers wrote apartment vacancies should rival those levels seen in 2006, which were around 4.5%, despite rising supply.

“Low vacancy and growing tenant demand will drive up the average effective rent 6.7% this year to $1,074 per month. In 2015, the average rent jumped 8.4%," according to the Marcus & Millichap report.

Ten-X is throwing a caution flag on apartments in some gateway markets. In a recent report, Muoio said “there are valid reasons for concern that this consistent upward trajectory can continue," especially with the real possibility that Treasury yields could increase in the coming months.

The other risk: potential oversupply in gateway markets that have led to rising vacancies and cooling rents, according to the Ten-X report.

“I think we're probably near peak value for this cycle,” Muoio said. “The pressure from rising interest rates and valuations have been bid up … makes it a more vulnerable segment if rates do indeed rise.” 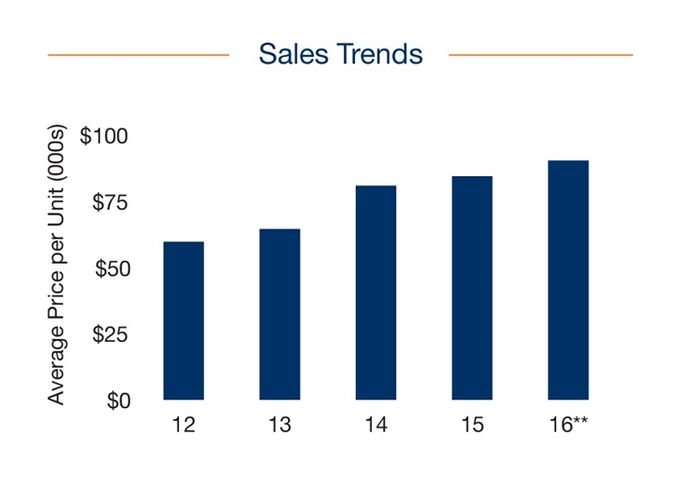 But that also is part of the reason Atlanta has seen a flood of capital into apartments in recent quarters. By the third quarter of last year, transaction activity jumped 17% with buyers shopping even B and C assets, according to Marcus & Millichap, nearly double the activity seen in the previous year. And with average apartments trading at $90,400/unit, properties in Downtown, Midtown and Buckhead can trade as much as $45k/unit more, with cap rates in the low 4% to 5% range for the choicest of properties. 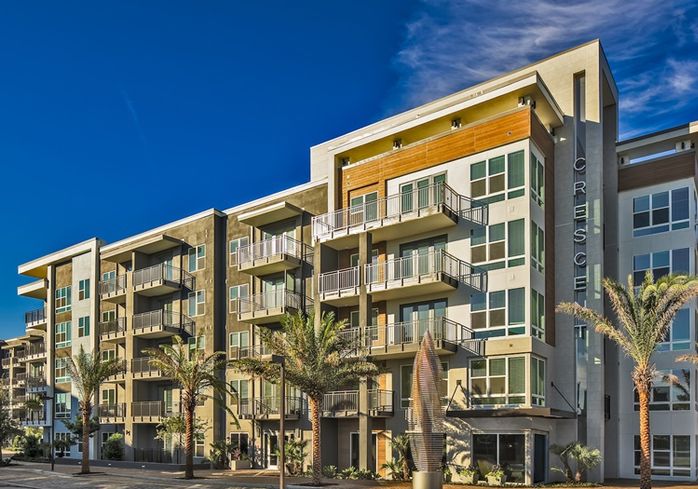 Investor appetite for apartments came full bore on Kyle Brock a year ago. The managing director for multifamily developer Crescent Communities had just finished a new luxury apartment complex in Tampa and was nicely leasing units up when the firm began receiving offers to buy — even though it was not officially for sale.

But the deals were too good to pass up. Crescent sold its Crescent West Shore, a 374-unit complex just a few miles from Tampa Bay, to Nashville Investment Co. for $80M.

“I mean, it traded before stabilization. We certainly didn't expect to sell it that soon,” Brock said. “There was just enough interest, really unsolicited interest. It just made sense.”

Brock said Crescent did not even have to discount the price for the 40% vacancy rate at the apartment at the time of the sale. The buyers were apparently confident enough in the mid-market's fundamentals and the asset itself that it would stabilize soon enough.