At North American Properties' Colony Square redevelopment project, the prolific developer secured an agreement with its general contractor that will cap any construction cost increases.

That was something that the developer rarely ever considered before the Great Recession of 2008, Managing Partner Mark Toro said.

“Pre-recession, we did not see the kind of run-up [on construction pricing] that we have seen this time in this cycle,” Toro said. “The level of activity is not unprecedented by any means ... but it's by far the most activity we've seen in our careers. And that's what's leading to the pricing pressure.” 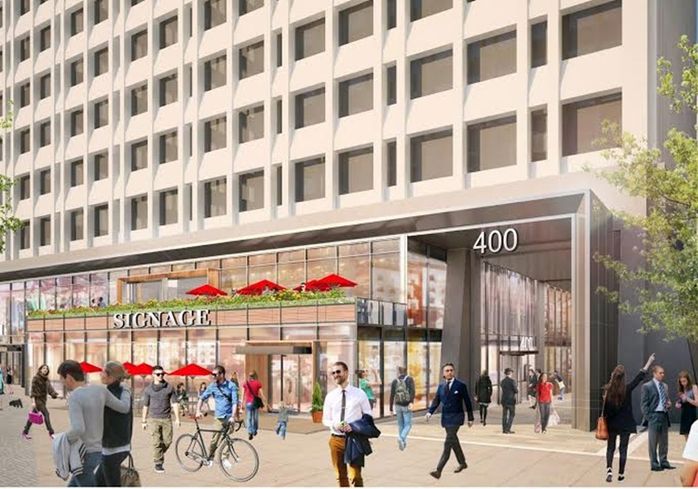 North American is not the only developer shifting strategies in the face of mounting construction costs, with good reason. Costs are rising at a rate not experienced by the industry in any time in the 20th century, according to a new CBRE report.

The commercial real estate brokerage giant found that construction costs in Atlanta rose an average of 2.8% a year from 1970 to 2004. Since 2004, construction pricing has increased by a yearly average of 5.2%.

“At no other point in Atlanta's history has the cost of construction accelerated this aggressively,” CBRE researchers wrote in the report.

Construction costs will be a central topic at Bisnow's Atlanta Construction and Development event Wednesday, Jan. 9. 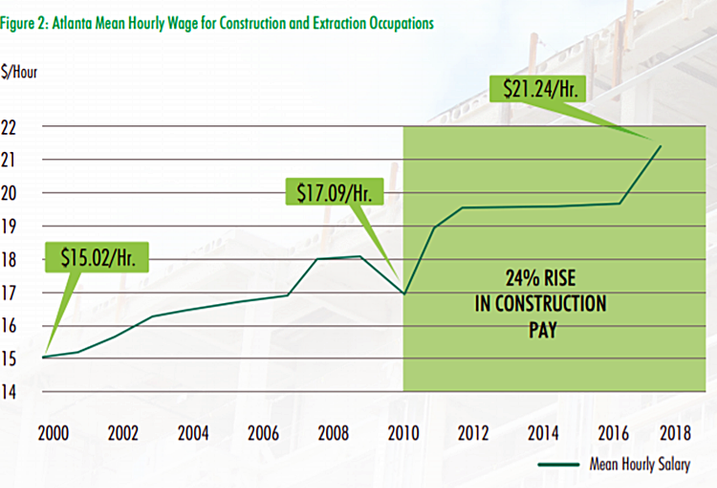 Courtesy of CBRE
The mean hourly construction wage since 2000 in Atlanta, as tracked by CBRE

In 2010, the mean hourly wage for a construction worker was $17/hour. By 2017, that had risen to $21/hour. Much of that has to do with the shortage of skilled construction labor, especially the flight of talent out of the industry when new development cratered after the recession.

“Just about in every area of our business, finding the right labor is extremely difficult. And contractors kind of had this tough time hiring the right folks,” Wagner said. “We don't see that trend stopping anytime soon.”

More than 30,000 new construction jobs have been created in the last five years as developers unleashed a number of new banner projects, making the region the second-fastest-growing construction job market in the nation, CBRE Senior Research Analyst Toby Jorgensen said.

Toro said North American attempts to capture construction cost increases as early in the development process as possible on projects, either through a guaranteed maximum increase or agreed-upon cost escalations.

Overall, Toro said he is seeing costs rise by 5% a year. But anecdotally, he's heard some developers facing as much as a 1% increase per month of construction. With a typical 18-month build-out for a commercial project, that could see construction prices climb nearly 20% over a project's life span. 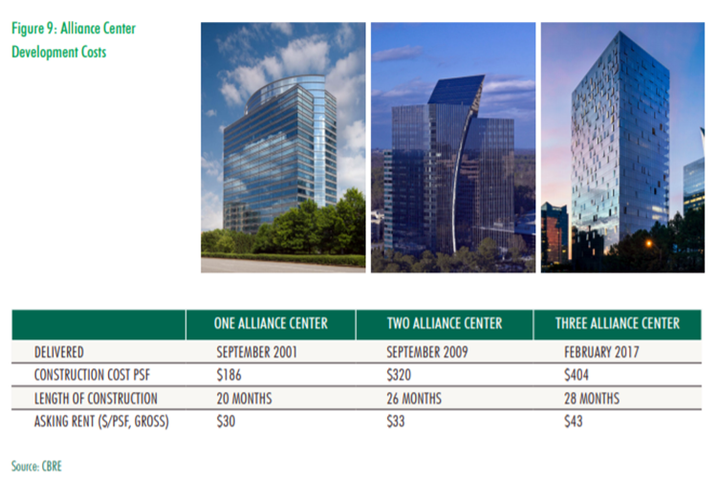 These costs are not being swallowed wholly by developers. Rents have followed costs' upward path, especially in office buildings. New Class-A projects have seen average rents go from $30-$40/SF before the last recession to an average of $40-$50/SF today, Jorgensen said.

“There is a tremendous amount of sticker shock,” he said.

This has led to many tenants hanging on longer to existing leases or even outright nixing plans to move to newer buildings.

“Clients would like to consider a move, they just can’t commit to the huge capital expense associated with relocating,” CBRE Senior Vice President Bill Kilborn wrote in the report. “For Class-A build-out, all-in costs are averaging a minimum of $100/SF, and landlords aren’t covering the total cost of tenant improvements. Consequently, the majority of our clients opt to stay in place by renewing.”

If the construction cost story has an upside, it is an ironic one.

While costs have escalated at unprecedented levels, the city's growth rate has hewed closely to the national average of nearly 11% over the past five years, according to the CBRE report. This makes Atlanta a viable contender for companies looking to locate operations outside of more expensive cities, like San Diego, Los Angeles, New York and San Francisco.

“Atlanta and other Sun Belt large markets such as Dallas, Phoenix and Houston are in an enviable position, particularly as companies place increasing scrutiny on how capital is deployed,” the report reads. "Average or below-average space construction costs are another reason for companies to consider markets with favorable metrics."