What may be the world's largest real estate owner has just become a little larger thanks to a healthy helping of Atlanta real estate.

The Blackstone Group is under contract to buy a dozen flex office properties in Peachtree Corners from Jackson Corporate Real Estate. The $41M transaction is for a 675k SF portfolio that includes Oakbrook Place, Five Oaks, Medlock Oaks, Colony Center at 3130 Gateway Dr and Bay Colony, all in Gwinnett County. The portfolio was part of real estate JCRE's Scott Jackson (center) purchased in a JV with GE in 2006. The Blackstone buy is 80% leased after Scott was able to renew one of the portfolio's largest tenants: Immucor, which inked a 10-year, 125k SF renewal at Colony Center. Blackstone CEO Steve Schwarzman was recently quoted as saying the fund is in a league of its own due to compounded returns of 18%. 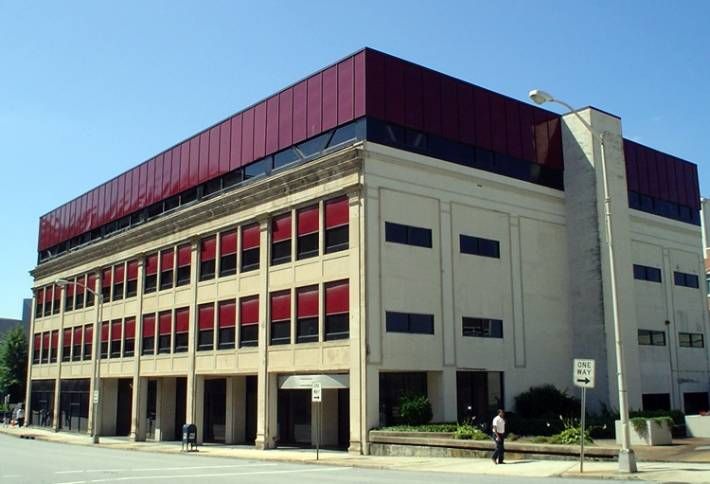 Scott says GE, which is getting out of real estate, saw a “clear exit” with the Peachtree Corners portfolio, given low interest rates and the flood of capital looking to buy commercial properties. As for Blackstone, “they've got so much capital they have to put to work,” that they're looking into second-tier suburbs for opportunities. This isn't Scott's only sale in recent weeks as he strives to be a net seller this year: He just flipped 524 West Peachtree St, the 70k SF office building (here) in Midtown formerly home to Rosser International, to a developer who plans a 12-story boutique hotel; and Mayfair Royal office building, a historic office building at 181 14th St in Midtown that sold in September to a private investor for $5.2M, according to Databank.

Scott also made headlines earlier this year when he sold Centennial Tower, JCRE's 650k SF Downtown Atlanta trophy, to Dilweg Cos. It's not that JCRE isn't in the market to buy—it's that the firm can't find anything that makes sense from a pricing perspective, Scott tells us. Couple that with debt lenders becoming even more aggressive, and Scott says he's easily priced out of his comfort zone on office properties. “There may be some one-off opportunities on certain asset classes...but it's gotten difficult. And aggressive lending is making the numbers difficult to work.”